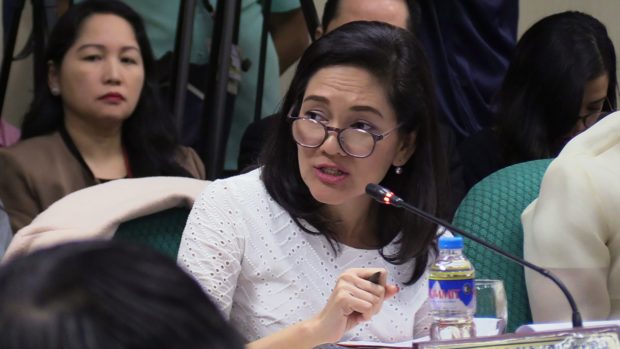 MANILA, Philippines — Sen. Risa Hontiveros is happy about the latest Social Weather Stations (SWS) survey, which shows that majority of Filipinos agree that the minimum age for criminal responsiblity (MACR) should be 15 years old.

“They say that it takes a village to raise a child. Well, the survey warns, those who want to lower the MACR will answer to an entire nation. The writing on the wall is clear. The people have spoken. Leave our children alone,” Hontiveros said in a statement issued on Tuesday.

“I hope this will signal a turn in the tide on this issue, end the fake and unscientific debate on arbitrary numbers and guide us lawmakers in making the right decision,” she added.

The senator, who chairs the Senate Committee on Women, Children, Family Relations and Gender Equality, also said that she was “elated” by the survey result.

“We are vindicated. This confirms the voices we are hearing in our consultations with the communities,” she said.

“Amid the fear-mongering and confusion pushed by those who want to lower the minimum age of criminal responsibility (MACR) in the country, we see this as validation of the work we are doing to protect the best interest of the children and a testament to the public’s desire to protect minors and not expose them to further harm,” she added.

Earlier, the House of Representatives approved House Bill No. 8858, which seeks to lower the minimum age of criminal responsibility from 15 to 12 years old.

The measure will amend the the Juvenile Justice and Welfare Act of 2006, or Republic Act No. 9344.

The original version of the bill from the House Committee on Justice placed MACR at 9 years old.

Hontiveros also pointed out that the recent poll proved public awareness that “children in conflict with the law (CICL) are victims of criminal syndicates and poverty, and that eliminating the latter is the more urgent priority.”

“It belies the belief of those who want to lower the MACR that it has popular public support,” she added. /atm