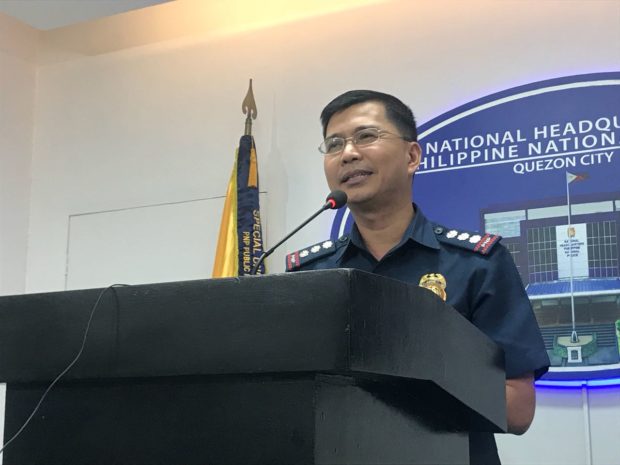 “The lockdown being implemented in the capital town of Jolo, Sulu is expected to be lifted as soon as the evidence-gathering process is completed by investigators looking into the deadly explosion at the Mount Carmel Cathedral,” Sr. Supt. Bernard Banac said in a briefing inside Camp Crame.

The PNP spokesperson also relayed PNP Chief Director General Oscar Albayalde’s assurance that the lockdown was not meant to interfere with the lives and rights of people in Jolo, and was merely a precautionary measure to aid investigation.

“The PNP chief maintained that there are no restrictions in the normal movement and activities of Jolo residents while the lockdown is in effect,” Banac claimed.

“The lockdown is just a precautionary measure in support of ongoing security operations to establish strong control points with ingress and egress to and from Jolo, by putting up roadblocks and checkpoints.  It also allows the investigators more flexibility to move around,” he added.

As of now, latest information from the PNP’s Public Information Office said that the explosion in the Our Lady of Mount Carmel Cathedral has left 21 individuals dead, and 97 injured.

At least 54 victims are still confined within hospitals while the rest, who sustained minor injuries, have been discharged.

Earlier, it was reported that the whole city was on lockdown in order to filter the people entering and leaving the city and eventually capture the suspects.

However, Banac clarified that only the immediate area surrounding the blast site was cordoned, and not the whole city of Jolo.

“The lockdown is in the immediate vicinity of the crime scene, and as we conduct a full sweep of the area, the vicinity, that includes setting up of checkpoints in the surrounding areas,” Banac explained.

“We need to sweep through the area, to ensure that there are no bombs remaining, Ang ibig sabihin, ito ay precautionary measure […] to make sure na wala munang lumalabas, pumapasok, nang maging safe ang lahat,” he added. /jpv