El Chapo tells judge he won’t testify at US trial 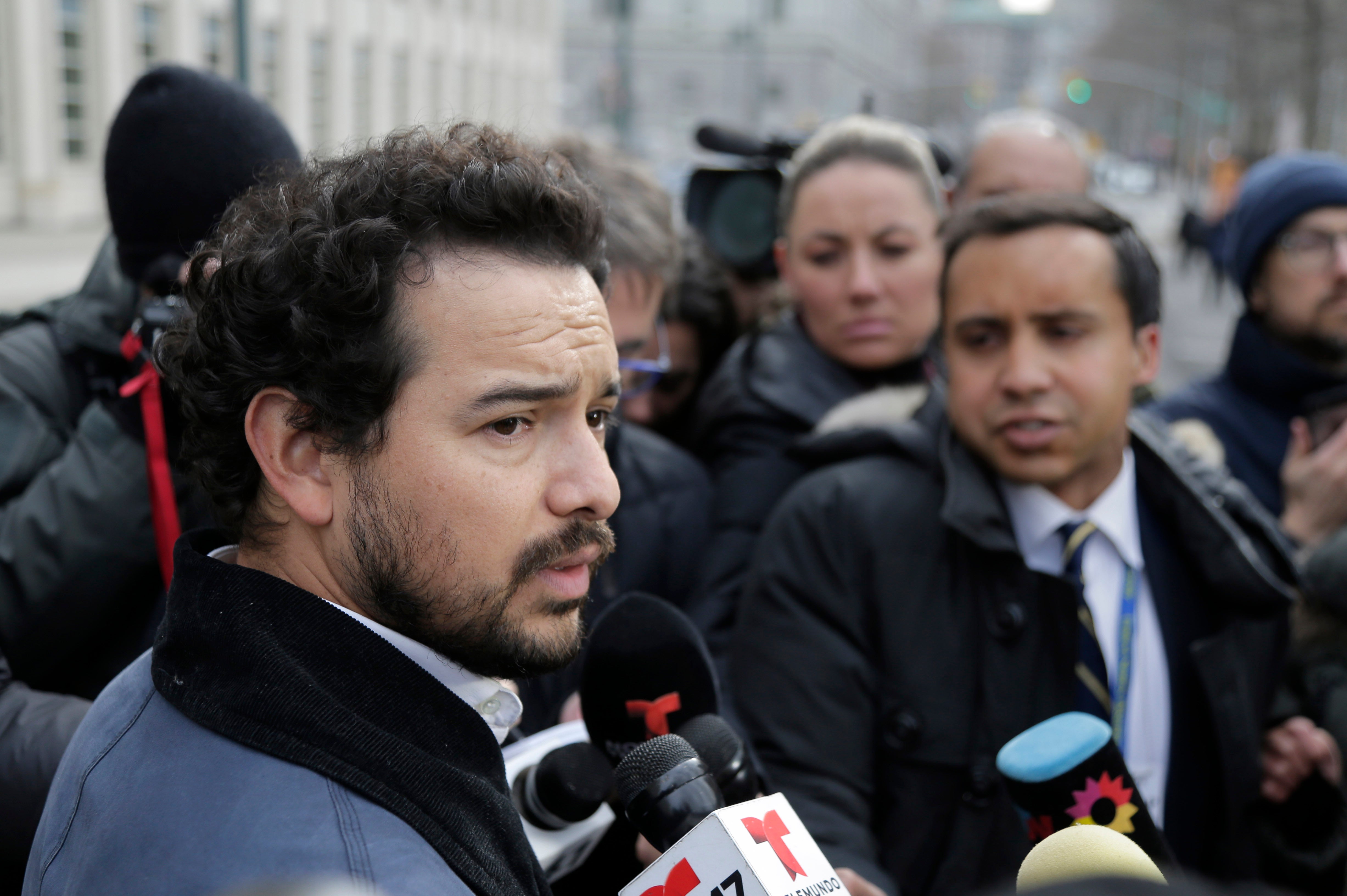 Actor Alejandro Edda talks to reporters outside federal court in the Brooklyn borough of New York, Monday, Jan. 28, 2019. The actor, who portrayed the notorious drug lord El Chapo on a Netflix series, appeared at the kingpin’s trial. (AP)

NEW YORK — The infamous drug lord known as El Chapo has told a judge he won’t testify at his U.S. trial.

Joaquin Guzman said in court Monday that he reached the decision after consulting with his attorneys. The announcement came on the same day the government rested a case that began in mid-November.

Earlier Monday, the actor who played Guzman in the Netflix series “Narcos: Mexico” caused a minor stir by visiting the trial as a spectator. Guzman cracked a smile when Alejandro Edda was pointed out to him.

Cooperators who spent time with Guzman have testified that he dreamed of having either a movie or book made about his life story.