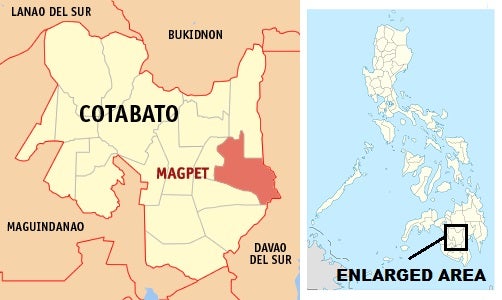 KIDAPAWAN CITY, Philippines – A police officer was killed while at least seven others were wounded in a roadside bombing believed perpetrated by communist New People’s Army rebels at early Monday evening.

The North Cotabato Police Office said two patrol cars with members of the North Cotabto Mobile Force Company were manning a checkpoint when a suspected anti-personnel mine went off in Barangay Poblacion, Magpet town, North Cotabato, at about 6 p.m.

He and four others were rushed to a hospital in Kidapawan City but Anadon died at past 10 p.m.

Clearing operations were ongoing as of posting.

The blast came after the Army’s 19th Infantry Battalion clashed with communist rebels in Barangay Bagumbayan, also in Magpet, where an NPA member was killed, another was wounded.  A soldier was also hurt in the 15-minute firefight.

Police said the roadside bombing could be a retaliatory attack by the NPA. /cbb