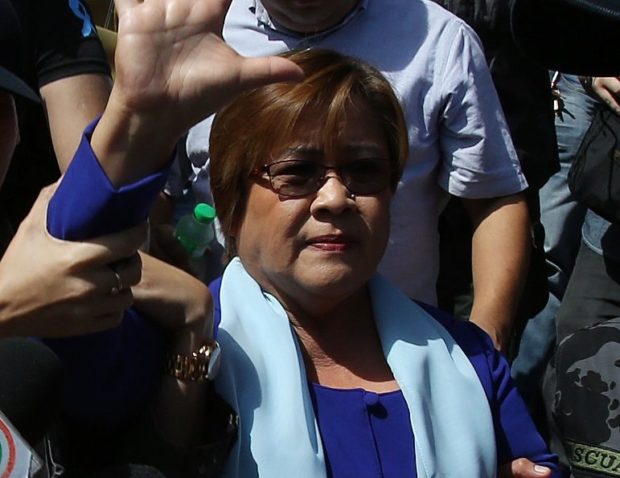 MANILA, Philippines — Oppositionist Sen. Leila de Lima on Monday urged government authorities to “seriously” investigate and track down the perpetrators of the twin bombing of the Cathedral of Our Lady of Mount Carmel in Jolo, Sulu last Sunday.

De Lima denounced the bomb attacks, which left at least 20 people dead and 111 others were wounded.

“The bombing of a Roman Catholic Cathedral in Jolo, Sulu that wasted at least 20 innocent lives is appalling as it is extremely atrocious,” De Lima said in a statement.

“This senseless attack calls for serious government attention and action to ensure that the perpetrators behind the bombing are put to justice and the victims will not be simply relegated as collateral damage of the persisting acts of terrorism in the area,” she added.

The senator said she hoped the attack would not hamper the Bangsamoro peace process, noting that the bombing took place days after the Bangsamoro Organic Law (BOL) was ratified on Jan. 21 in the first of two plebiscites scheduled by the Commission on Elections.

“The timing of the bombing is really questionable that is why it poses a big challenge for the authorities to find out, through a thorough investigation, the real reason and mastermind behind the Jolo bombings,” she said.

“We should not allow any faceless cowards with selfish interests to threaten the safety and security of innocent people, especially not now that the government tries to convince us that the continuing implementation of martial law in Mindanao can help ensure the safety of the people,” she added.

Security officials have placed the province under lockdown to ensure safety within the area while investigators look into the incident.

The Islamic State group earlier claimed responsibility for the attack, issuing a formal communique claiming two suicide bombers had detonated explosive belts inside the cathedral and its car park.