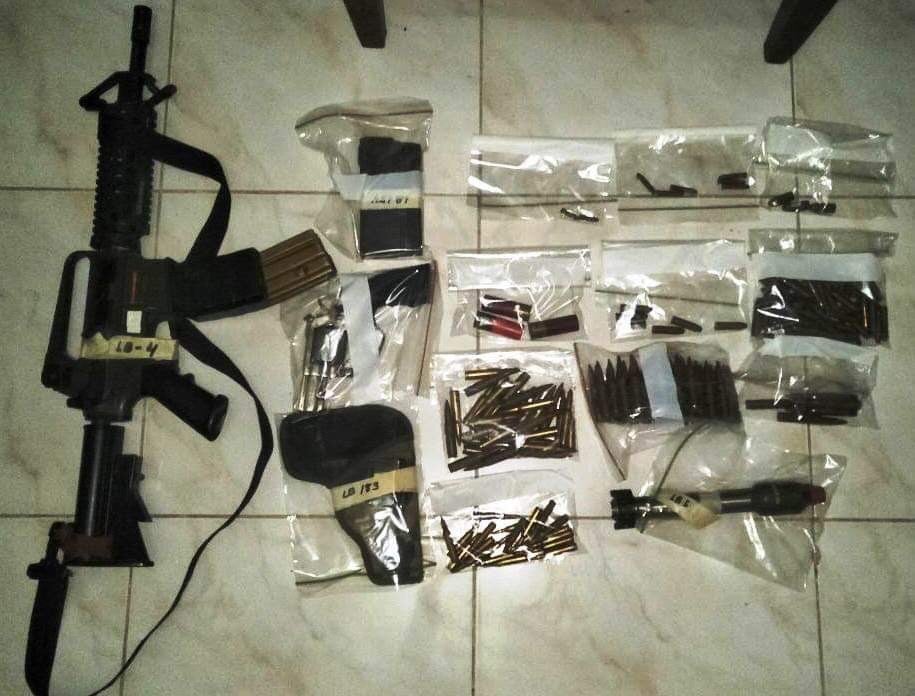 This photo shows the pieces of evidence recovered by the CIDG following a raid at Lucilo Bijaron’s house on January 19, 2019. (Photo from CIDG)

ORMOC CITY—Two persons were arrested for illegal possession of firearms and ammunition during two raids in Leyte.

Northern Leyte Criminal Investigation and Detection Group Chief P/Supt. Marvin Pedere said they recovered a Smith and Wesson .38 caliber revolver without serial number with six ammunition, an Airsoft Baby Armalite, and numerous ammunition for different guns. Pedere said the suspect told them that he was collecting the ammo for a personal reason.

Bijaron is now held at the Hilongos detention cell while waiting for his commitment order to the Leyte Sub-Provincial Jail.

Also arrested for illegal possession of firearms during a raid in Barangay Higulo-an, Baybay City about 6 a.m. Wednesday was businessman Gorgonio Jumoc, 63. 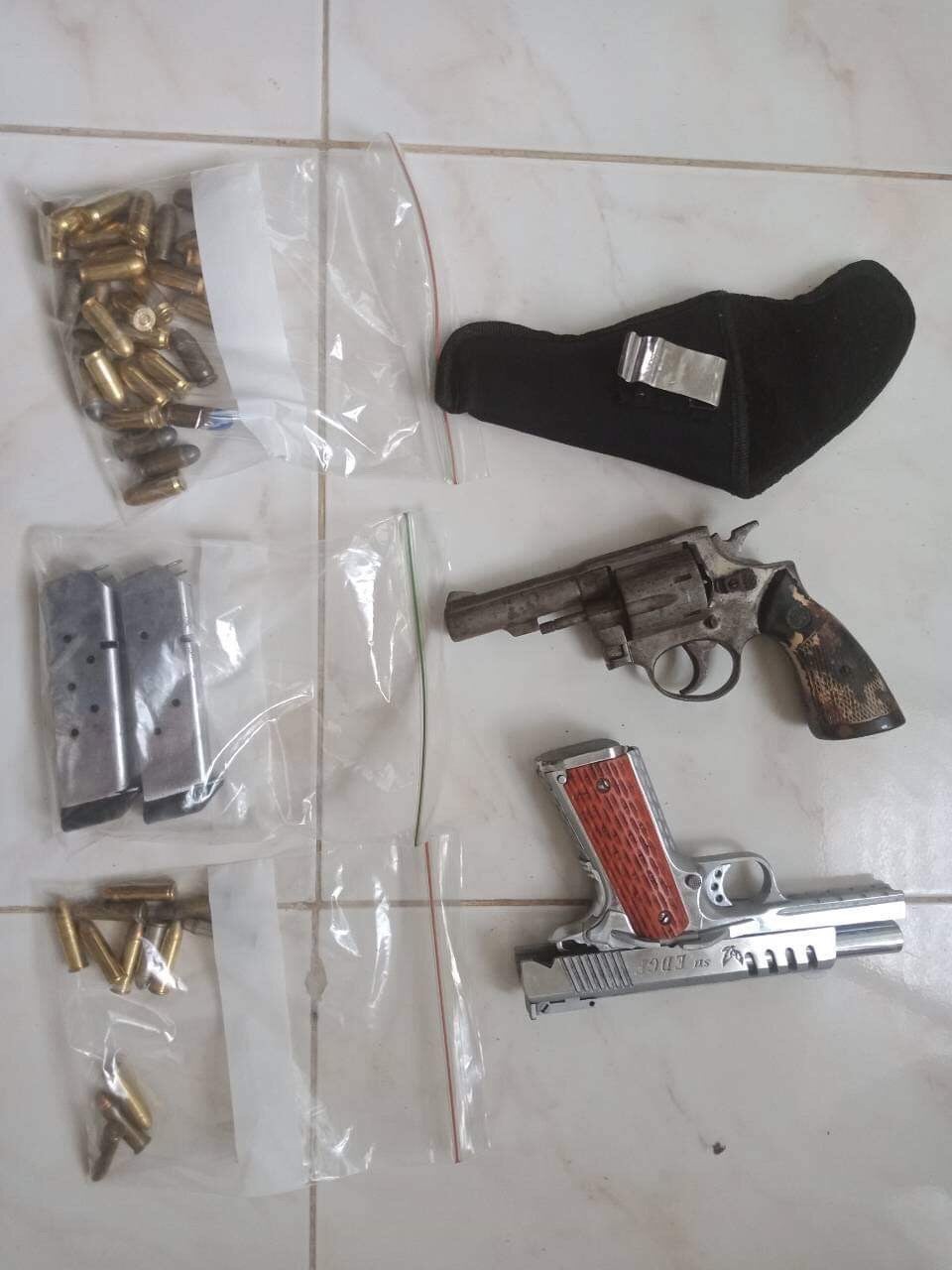 The pieces of evidence recovered by CIDG during the raid at the house of Jumoc.(CIDG)

Recovered from Jumoc were a caliber .45 pistol and a .38 caliber revolver with 12 rounds of ammunition.  Jumoc said he used the firearms for his protection because he had a business to protect.

Jumoc is held at the Baybay City Police Office detention cell while waiting to be transferred to the Leyte Sub-Provincial Jail in Baybay City. Robert Dejon/lzb