A male passenger allegedly demanded female flight attendants on a Taiwanese airline to wipe his butt during a long-haul flight. 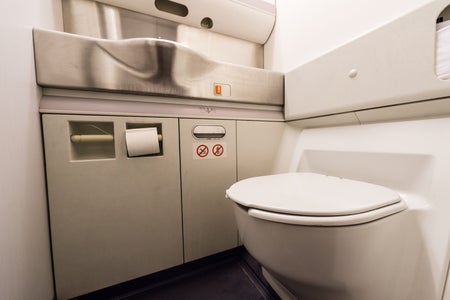 During an EVA Air flight from Los Angeles to Taipei on Jan. 19, an obese man is said to have insisted that his backside be wiped after he used the toilet. A Facebook post by Jeff Lin on Jan. 20 about the incident has gone viral.

One of the flight attendants of the Taiwanese airline, identified only by her last name Kuo, said in a press conference held on Monday, Jan. 21, that the man was obese and wheelchair-bound, reported NextShark.

She recounted the entire ordeal, which involved ordering the all-female crew to pull down his pants and wipe him after he defecated. He allegedly claimed that he could not use his right hand as he recovered from surgery.

His demands came even before he used the toilet: Though he was seated in economy, he insisted on staying in an empty row and complained that he would not fit in the economy lavatory.

To accommodate him, the flight attendants escorted him to the business class lavatory. While there, he insisted that the door be kept open for “better circulation” but this was refused.

He pressed the emergency assistance button and demanded that his pants be pulled down. At this point, Kuo said his genitals were exposed. She told him he could not be assisted, after which he began yelling and said he would relieve himself on the floor.

Kuo stepped into the lavatory and another staff member gave her a towel to cover his genitals. He threw this away and told her to remove his underwear.

They then left him alone in the lavatory and were called again, this time with the demand to be wiped.

Kuo’s chief attendant put on three latex gloves to wipe him down, and during this time he moaned, “Oh, mmm, deeper, deeper,” and told her to do it again thrice before making her pull his pants up.

According to Lin’s Facebook post, which cited Taiwanese news outlets, the chief attendant went to the crew lavatory where she vomited and cried.

When they landed, the man was met by a male gate crew member who asked him if he needed restroom assistance, but he refused this.

One of the flight attendants involved gave her own thoughts of the situation on social media on Jan. 20, as per Lin’s Facebook post.

She said that she had agreed only to help him out of the toilet seat and that he could not have been left in the lavatory, according to flight regulations. She added that in giving in to his demands, they considered the inconvenience to other passengers. She also noted that their employer has a pattern of failing to support staff in similar situations.

At the press conference, the Taoyuan Flight Attendants Union said the problem was systemic due to the service industry culture. The incident was not the first for the passenger either, it said in a statement.

It urged that the passenger be banned and that male flight attendants be made part of the crew. It also proposed that physically challenged passengers be accompanied by caregivers.

EVA Air said in a statement that crew members are not obliged to deem passengers’ demands as appropriate even if they require special assistance. It said an investigation will be conducted and that appropriate steps will be taken in relation to the passenger.  Niña V. Guno /ra

Flight attendant fired after boyfriend proposed to her mid-flight