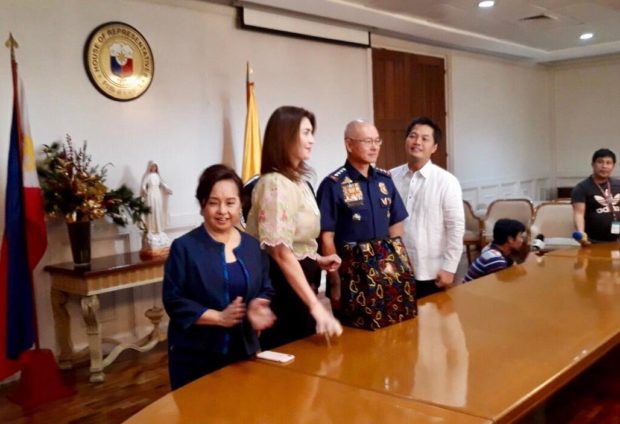 MANILA, Philippines — The House of Representatives on Wednesday finally turned over P8-million worth of cash to the Philippine National Police (PNP), completing its P13-million share in the P50-million bounty for the speedy resolution of Ako Bicol Rep. Rodel Batocabe’s murder.

READ: House to turn over additional P8M reward to PNP for full resolution of Batocabe murder

President Rodrigo Duterte, after giving his P20 million share in the bounty, earlier hit the House, claiming it failed to produce the P30 million cash they had promised.

But Benitez, who led the fundraising for the cash reward in the House, clarified that only P13 million would be coming from lawmakers, while a separate P15 million and P2 million would be given by the Ako Bicol party-list and the province of Albay, respectively.

Garbin said their party-list and the province of Albay would give their share in three tranches, after the preliminary investigation, the trial proper, and lastly, after the conviction.

“Ang amin ho really is to ensure that there will be actual participation that will lead to the conviction of the principal as well as the perpetrators,” he said.

Benitez meanwhile said they would let the PNP manage the money from the House. /je