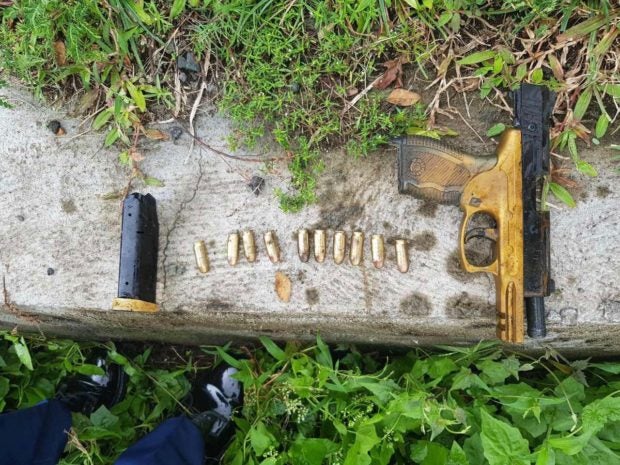 MANILA, Philippines — Police recovered on Wednesday the .45-caliber pistol used by the main gunman in the murder of Ako Bicol Rep. Rodel Batocabe and his police escort.

The police found the firearm, along with the magazine loaded with 10 ammunition, in a fish pond in Barangay Busay in Ligao City, Albay.

The recovered gun is one of the two firearms allegedly used by suspect Henry Yuson in killing Batocabe and his police escort, SPO2 Orlando Diaz, on Dec.22, according to a report from the Police Regional Office 5 (Bicol Region).

Yuson earlier said he dismantled and threw in a river another .40-caliber pistol he used in the assassination.

Police said the cooperation of Christopher Naval alias Tuping, one of the suspects in the killing, helped them locate the .45-caliber pistol. The operation was also witnessed by village officials and the owner of the fish pond.

The Ligao City Police Station will submit the firearm to the Crime Laboratory Office 5 for ballistics and cross-matching examination.