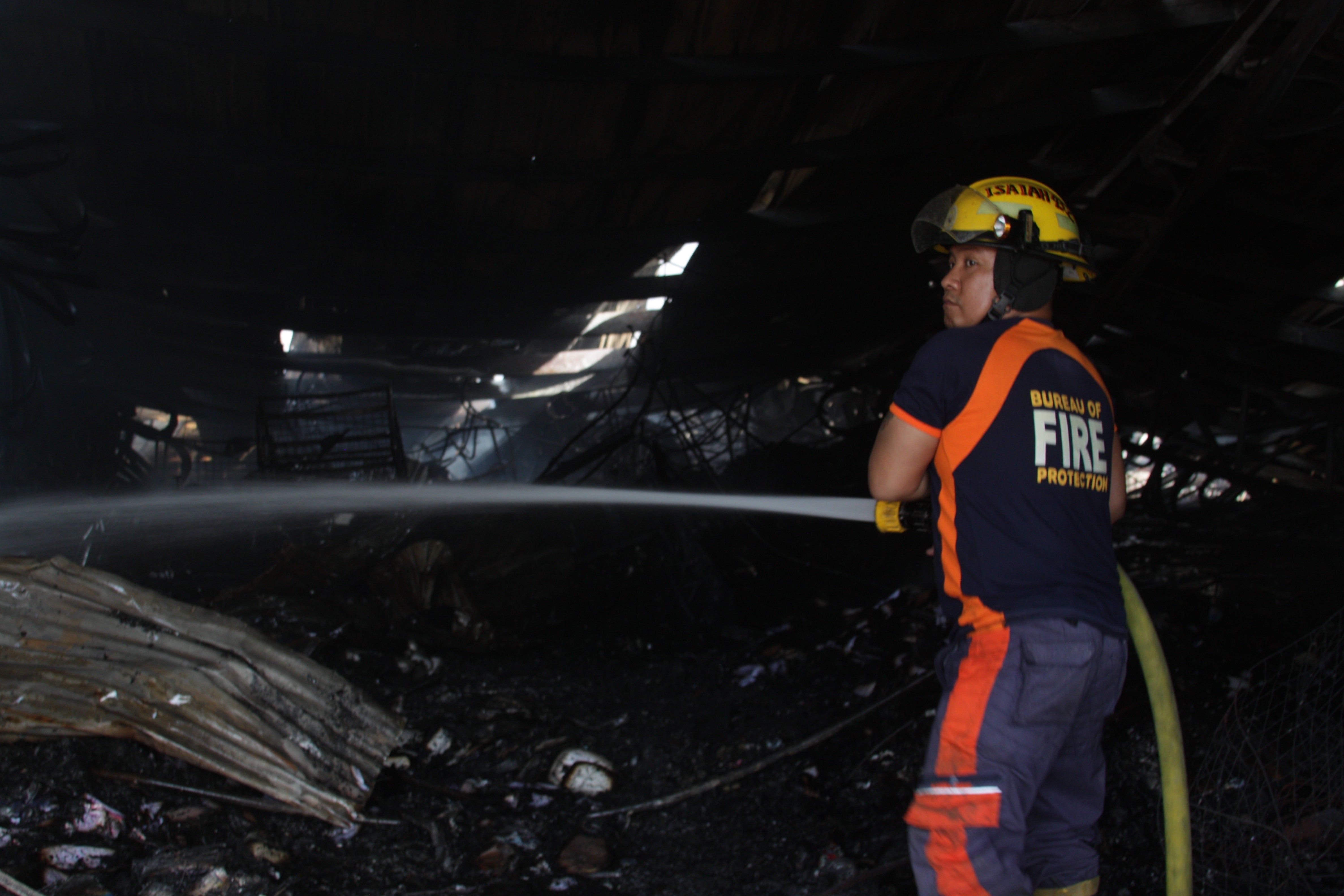 A firefighter helps put out the fire that razed Paniqui’s public market. The fire began on Sunday evening and lasted for eight hours. (Maria Adelaida Calayag)

PANIQUI, TARLAC—An eight-hour fire that began on Sunday evening gutted the town’s public market, prompting firefighters from nearby provinces to help put out the blaze.

No one was hurt in the fire that started from the ukay-ukay (used clothing) section about 11:45 p.m., said Fire Chief Inspector Ryan Pascual.

Pascual said the fire reached the general alarm and took 32 firetrucks from Tarlac, Pampanga, Nueva Ecija, and Pangasinan to put out at 7: 45 a.m. Monday.

Police deployed teams to avoid looting in the razed public market. Pascual said more than 100 vendors were affected by the fire and investigators said they had yet to determine the cost of the damage.

The first time the public market was hit by fire was in 1992. Maria Adelaida Calayag/lzb