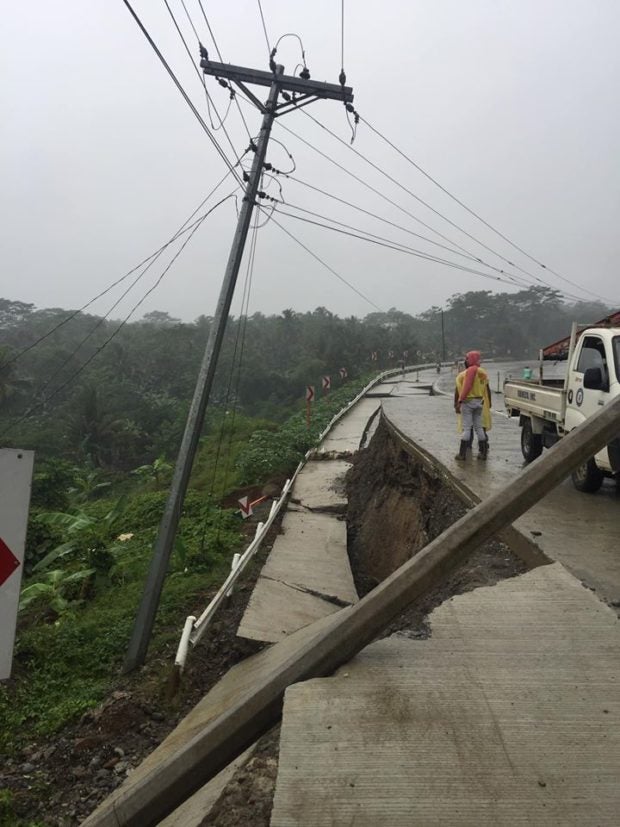 DAVAO CITY — A portion of the Davao-Butuan highway was destroyed by a landslide in Monkayo town, Compostela Valley due to heavy rains dumped by Tropical Depression “Amang,” local and disaster officials on Sunday said.

Leslie Francisco, spokesperson of the Office of the Civil Defense in Southern Mindanao, said disaster response teams were now in Barangay Pasian to assess the damage.

Gov. Jayvee Tyron Uy said two to three lanes of the national highway at least 55 meters long have been affected by a landslide in Purok 6 due to incessant rains since Friday.

Uy told the Inquirer by phone that despite the incident, the highway remained passable to all vehicles as three lanes were still intact.

Power was down in parts of the municipality as the landslide toppled three electric posts, according to engineer Nilo Japay, technical manager of local power utility Davao del Norte Electric Cooperative (Daneco). 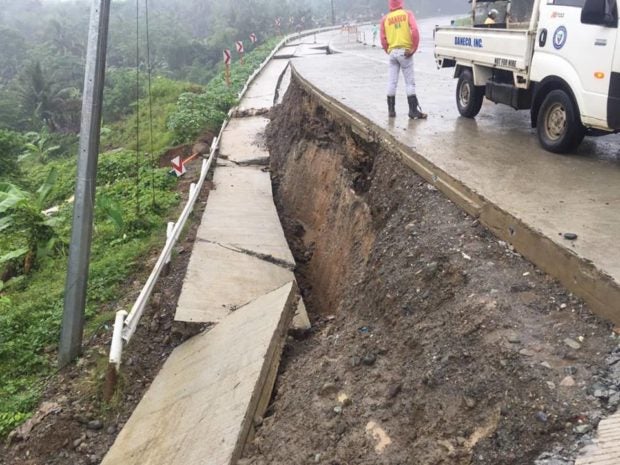 Japay said their personnel were now in the area to restore power.

Francisco, the regional disaster spokesperson, said they have yet to receive reports of flooding or landslide incidents elsewhere in the region.

Compostela Valley and Davao Oriental were the only Southern Mindanao provinces under an orange rainfall alert due to moderate to heavy rains spawned by Amang. /je