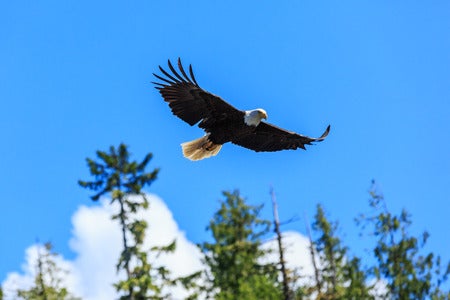 Aside from drugs, police in Missouri found some odd things at a house search on Tuesday—a stolen horse trailer, a gun, and a dead bald eagle inside a freezer.

McDonald County Sheriff Michael Hall said that during a search on two houses, they seized 58 grams of methamphetamine, the firearm and the dead animal in an operation by the sheriff’s deputies, the local Anderson Police Department and agents of the Ozarks Drug Enforcement Team, as reported by The Joplin Globe.

Sixty-five-year-old James Kivett was arrested as he was one of the two owners of the house searched.

Meanwhile, the unidentified man, who owned the bird, was not in his house during the search. Charges for the man were being sought.

The eagle was turned over to a Missouri Department of Conservation agent.  Katrina Hallare /ra

Celebrator ‘Mabuhay’ absent in own party

No more ‘butanding’ swim for Miss U bets