Celebrator ‘Mabuhay’ absent in own party 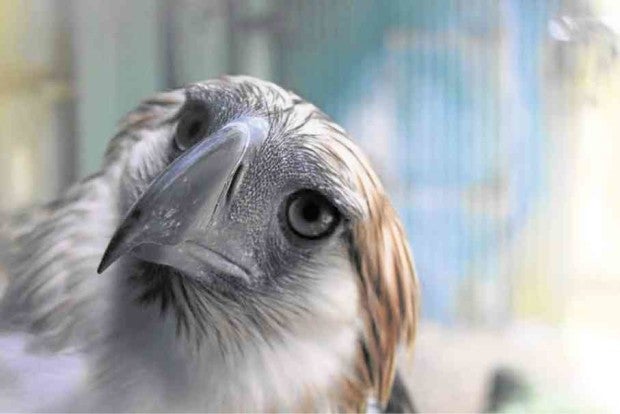 Mabuhay, now 4, is being prepared for breeding at the Philippine Eagle Center in Davao City. —CONTRIBUTED PHOTO

DAVAO CITY—Mabuhay, a female offspring of the first Philippine Eagle hatched in captivity, turned 4 years old on Thursday with a party attended by about 150 preschoolers and elementary pupils.

But the children, including wards of the nongovernment organization-run Balay Banaag Center in Barangay Los Amigos, did not get to see the celebrator, who was put in isolation to prevent contact with humans while the Philippine Eagle Center (PEC) prepares it for breeding.

“This event underscores the need to educate the younger generation on the plight of the Philippine Eagle,” he said.

Salvador said the activity that the PEF prepared for the children was aimed at encouraging them to become active participants in the conservation of the national bird.

The Philippine Eagle (Pithecophaga jefferyi), declared as the country’s national bird in 1995, is classified as “critically endangered” by the Internation Union for the Conservation of Nature.

Today, there are only about 400 pairs of Philippine Eagles remaining in the wild, according to the PEF.

The children were treated to hamburgers and soda during the half-day activity, which also included an encounter with other animals—monkeys, snakes, crocodiles and birds—housed in the PEC in Barangay Malagos here.

While they did not get a chance to see Mabuhay, the children had fun at the PEC as they joined parlor games, organizers said.

They went home with bags of school supplies while Mabuhay received a birthday cake from a local pastry shop. —JOSELLE R. BADILLA