No more ‘butanding’ swim for Miss U bets 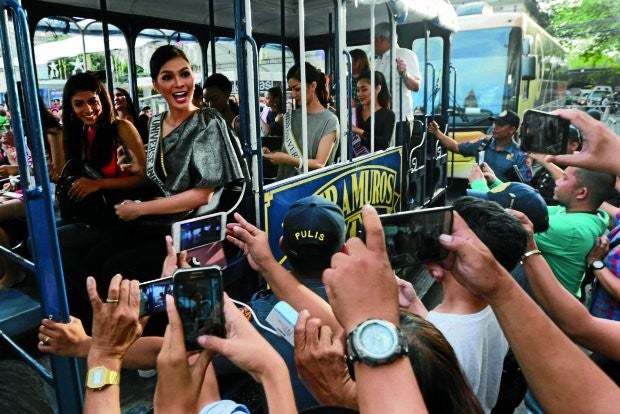 The Department of Tourism has crossed out swimming with the “butanding” (whale shark) from the itinerary of Miss Universe candidates due to outcry from wildlife conservation groups.

The candidates, however, will get to see another endangered species, the Philippine Eagle, when they visit Davao City on Jan. 19.

“We’ve already spoken to the environmentalists who raised their concern and we’ve told them there won’t be anything about the whale shark. It’s no longer included,” Tourism Undersecretary Kat de Castro said in a press briefing on Wednesday.

Last December, about five candidates swam with the whale sharks in Oslob, Cebu, which drew criticisms from netizens and environmentalists.

Greenpeace Southeast Asia and Marine Wildlife Watch of the Philippines hit the activity as irresponsible and a bad tourism practice.

Whale sharks in Oslob are fed to lure them to a spot, making them dependent and vulnerable to poaching and injuries, environmentalist said.

De Castro earlier said that the candidates underwent orientation and followed the guidelines for the marine wildlife interaction, such as not wearing sunblock lotion and staying at least 4 meters away from the whale sharks.