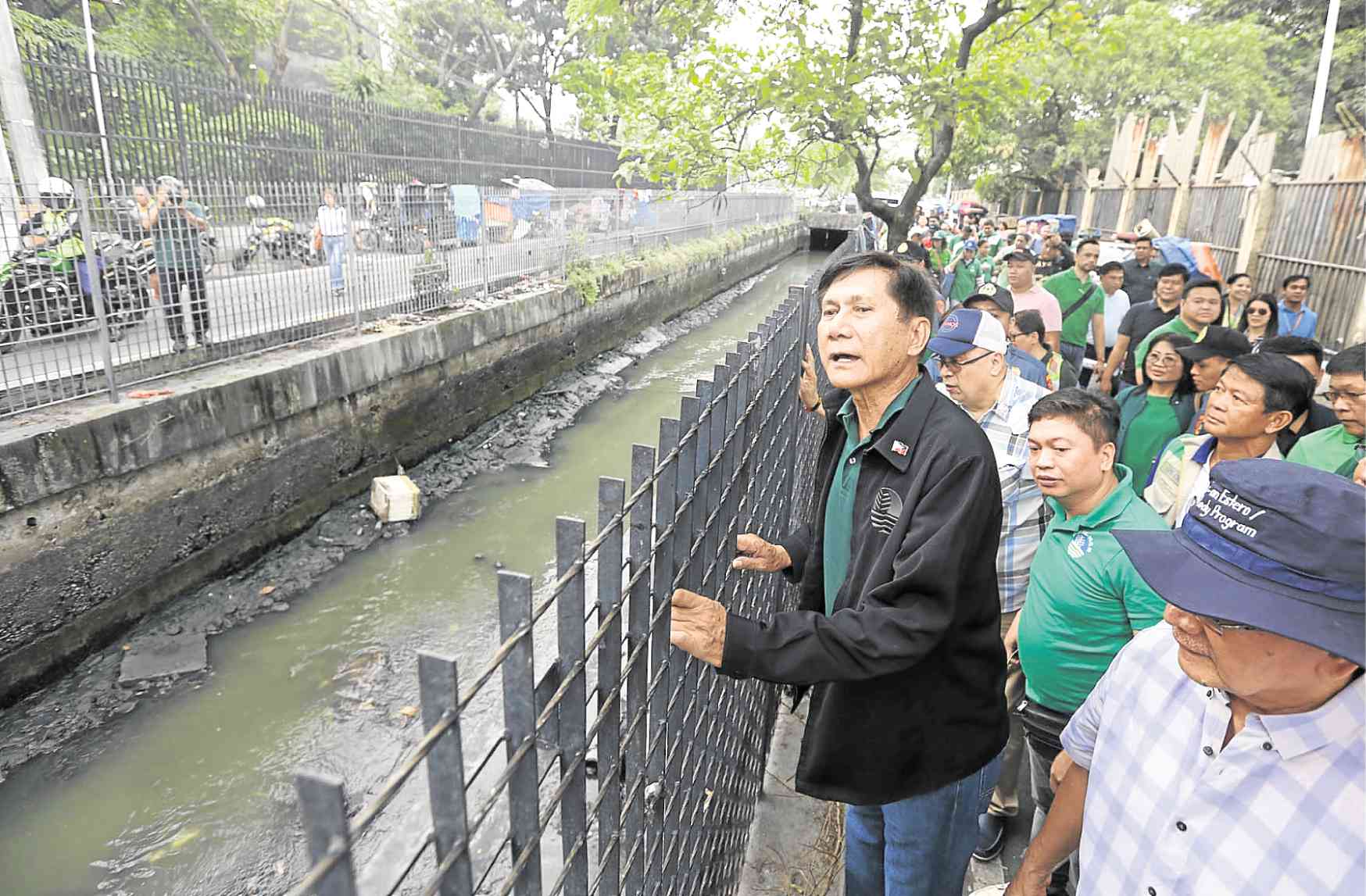 No animals were blamed in the making of this report.

The government-run Manila Zoo was cited as one of the top sources of pollution in the river system that drains into Manila Bay, which the Duterte administration intends to clean up and rehabilitate starting this month at a cost of P47 billion.

Leading an inspection of the zoo on Friday, Environment Secretary Roy Cimatu confirmed that the facility had been draining untreated sewage into one of the estuaries that lead to the bay.

Speaking to reporters, he said the section of the estuary that cuts through the zoo compound “registered the highest coliform level draining into the bay” at 1.3 billion for every 100 milliliters of water.

Cimatu and other officials earlier went to check the estero—officially called Estero de San Antonio Abad—at its bayside tip in Pasay City, as they mapped out problem areas for an interagency task force that is set to kick off a massive rehabilitation of the bay.

According to Cimatu, they have discovered that the zoo—which is operated by the city government of Manila—does not have its own sewage treatment facility and for years has been discharging its wastewater directly into the creek that flows into the bay.

“I have instructed them (zoo officials) to immediately construct their [sewage treatment plant, or STP], and until they do so they will not be allowed to discharge any more wastewater into the creek,” he said.

As Cimatu toured the zoo, the stench of wastewater filled the air and some visitors, including children, were seen covering their noses.

The Department of Environment and Natural Resources (DENR) chief said the Manila city government had expressed willingness to provide funds to help in the rehabilitation of the zoo, including the construction of its own sewage treatment plant.

Officially called the Manila Zoological and Botanical Garden, the zoo has been in operation since July 1959. The country’s oldest zoo occupies 5.5 hectares in the heart of Manila and is currently home to some 500 animals.

Discussions for renovating the zoo started in 2013 when the city government entertained unsolicited proposals from a group of Singaporean investors and a local company. 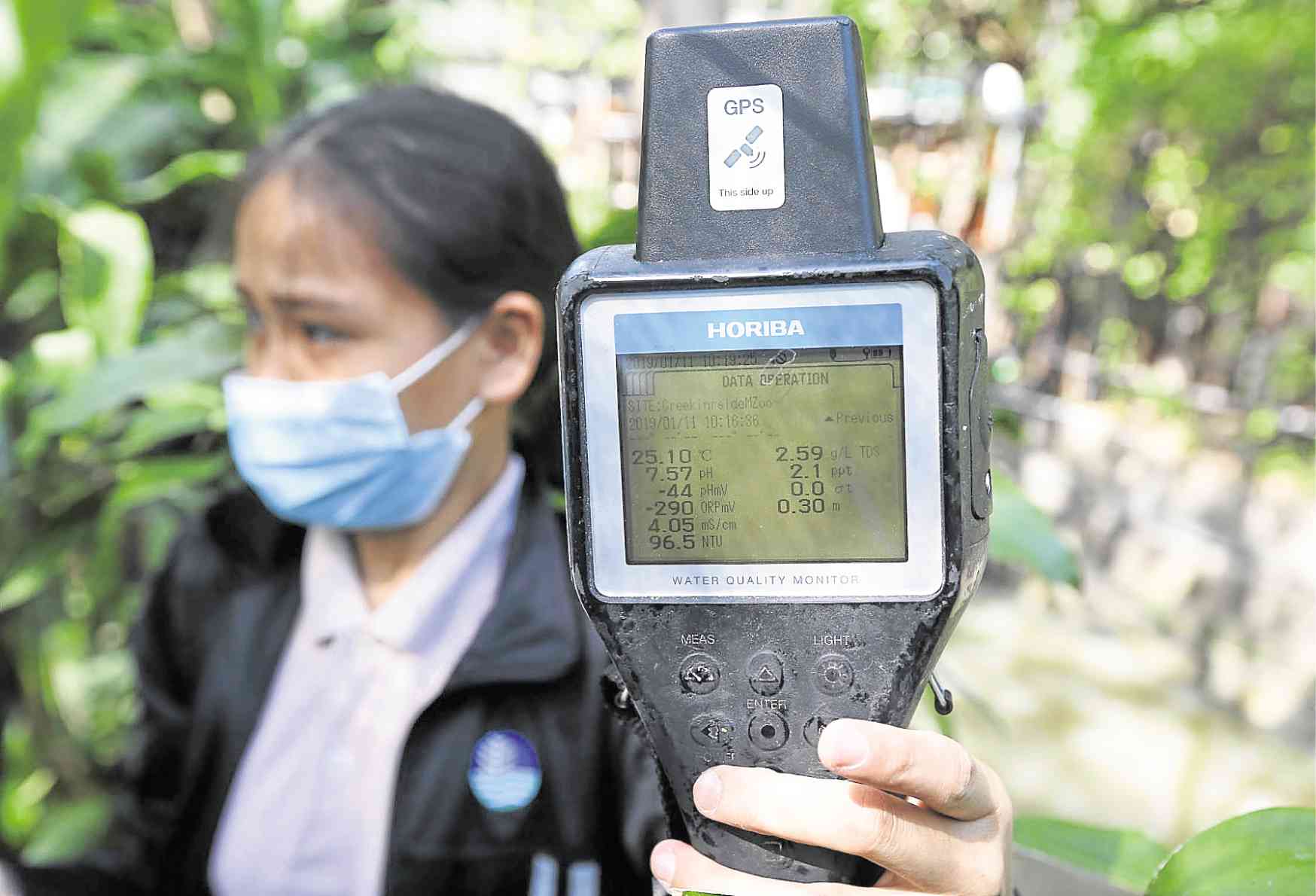 WATER OF DEATH A DENR specialist shows the high toxicity level of water from a sewage inside Manila Zoo that flows out to the nearby Manila Bay. —MARIANNE BERMUDEZ

In 2015, the city government signed a P1.5-billion joint venture agreement with Metropolitan Zoo and Botanical Garden Inc. to undertake a total rehabilitation of the zoo. The agreement is pending in the city council for approval.

Aside from Manila Zoo, other government institutions in the vicinity of the estero include Ospital ng Maynila and Bangko Sentral ng Pilipinas.

“We plan to drain the estero so we can find out which establishments are draining their waste here. We will also require all establishments near this area to have their own STPs,” Cimatu said.

Not the only polluter

Part of the rehabilitation work is to require Metro Manila water concessionaires Maynilad and Manila Water to connect to the sewage lines, he said.

In response, Manila Zoo officials said they were willing to submit to Cimatu’s directive to construct an STP, but clarified that they were not the only source of pollution in the estero.

“We were not aware that we were required to [have a] sewage treatment plant, as we have only been discharging wastewater; and the animal waste, we convert to fertilizer,” said lawyer Jasyrr Garcia, the acting zoo administrator.

Also on Friday and in line with the Manila Bay rehab, Cimatu inspected a community of informal settlers living along the riverbank at Barangay La Huerta, Parañaque City. —WITH A REPORT FROM INQUIRER RESEARCH