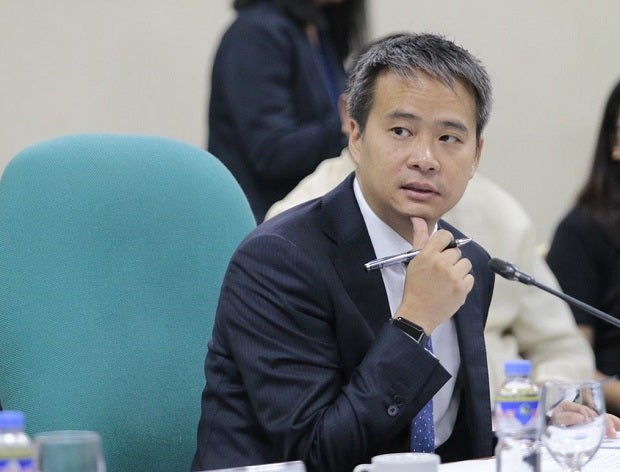 MANILA, Philippines — Amid issues over undelivered benefits of some airport personnel, Senator Joel Villanueva on Thursday said government “should not be remiss in taking care of its own employees.”

The senator, who chairs the Senate Committee on Labor, Employment and Human Resources Development, said the issue surrounding OTS workers’ incentives and bonuses “shows that more attention should be given to ensure that regular employees receive their legally mandated benefits and emoluments.”

Personnel of the OTS man security checks at airports.

Villanueva cited a report about Senior OTS inspector Liza Abacan, who was quoted to have said that OTS management failed to increase the salary of its personnel from salary grade four to salary grade eight.

Abacan, the senator said, added the Department of Budget and Management (DBM) “refused to allocate funds for the salary standardization of employees.”

“Aside from this problem, one major issue being confronted by the government is the huge number of job orders and contractual workers in the public sector,” Villanueva said.

Citing data from the Civil Service Commission (CSC), Villanueva noted that 27 percent of 2.4 million government workers or 660,390 were contract of service (COS) or job order (JO) employees in 2017 while over 595,000 were contractual workers in the public sector in 2016.

“It is unfortunate to know that while we are striving to pass a law that will give security of tenure to our workers, another burden has come up and that is the incompetence of some government agencies to provide its employees the rightful benefits due to them,” he said pertaining to his Senate Bill No. 1164.

Villanueva’s proposed measure aims to provide permanent positions to government workers, who have long been serving as contractual workers in government service.

“To neglect this would definitely paralyze the efficient delivery of basic services to our people,” he added.

To recall, however, OTS earlier said it is taking “positive measures” to clear up issues surrounding the incentives and bonuses of its employees.

“OTS management has never been remised (sic) in its duty to provide its personnel with its rightful claim, most especially if it will promote and enhance the productivity of its workers. But we cannot do it outside the law. It shall always be within the bounds of constitution and the law” Usec. Arturo Evangelista, OTS Administrator, said in a statement on Tuesday.

He vowed to exert “extra efforts” to duly recognize and promote “qualified and high performing personnel who are currently on job order status.” /kga