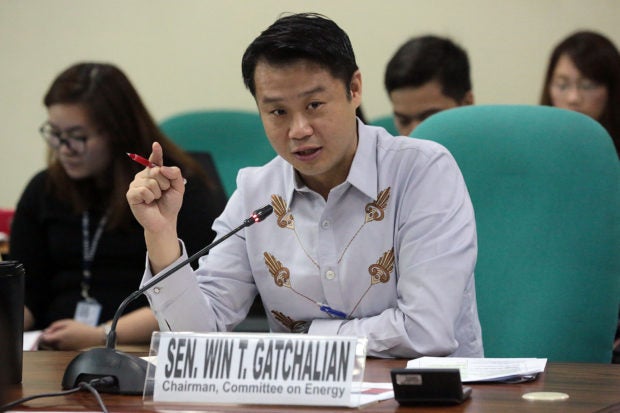 MANILA, Philippines — Congress will be committed to “scrutinize and approve” the 2019 national budget at the “soonest possible time,” Senator Sherwin Gatchalian said on Tuesday.

This was after Palace called on Congress to set aside politics and pass the 2019 national budget.

“Naiintindihan ko ang concern ng Malacañang over the continued delay of the passage of the 2019 budget. I would like to assure the Executive branch that we in Congress are certainly committed to approving the budget at the soonest possible time,” Gatchalian said in a statement.

(I understand Malacañang’s concern over the continued delay of the passage of the 2019 budget. I would like to assure the Executive branch that we in Congress are certainly committed to approving the budget at the soonest possible time.)

With this, Gatchalian assured that Senate will also be vigilant in scrutinizing the budget as it would detect “questionable provisions” that may lead to corruption.

“At the same time, however, we in the Senate are also committed to scrutinizing the proposed budget and will remain diligent in detecting and removing lump sum appropriations and other questionable provisions that could open the door for corruption and impropriety,” the senator said.

Currently, the House of Representatives rules committee is conducting a probe into the alleged anomalies in the proposed 2019 national budget.

This House panel was led by House Majority Rolando Andaya Jr., who has been accusing Budget Secretary Benjamin Diokno for “insertions” of infrastructure fund in the proposed P3.757-trillion budget for 2019.

However, Senate President Vicente Sotto III asked why the anomalies in the budget were being raised just now but added that senators may raise concerns on the issue.

Last year, Senate was not able to approve the 2019 budget but expected that President Rodrigo Duterte may sign the budget by February.