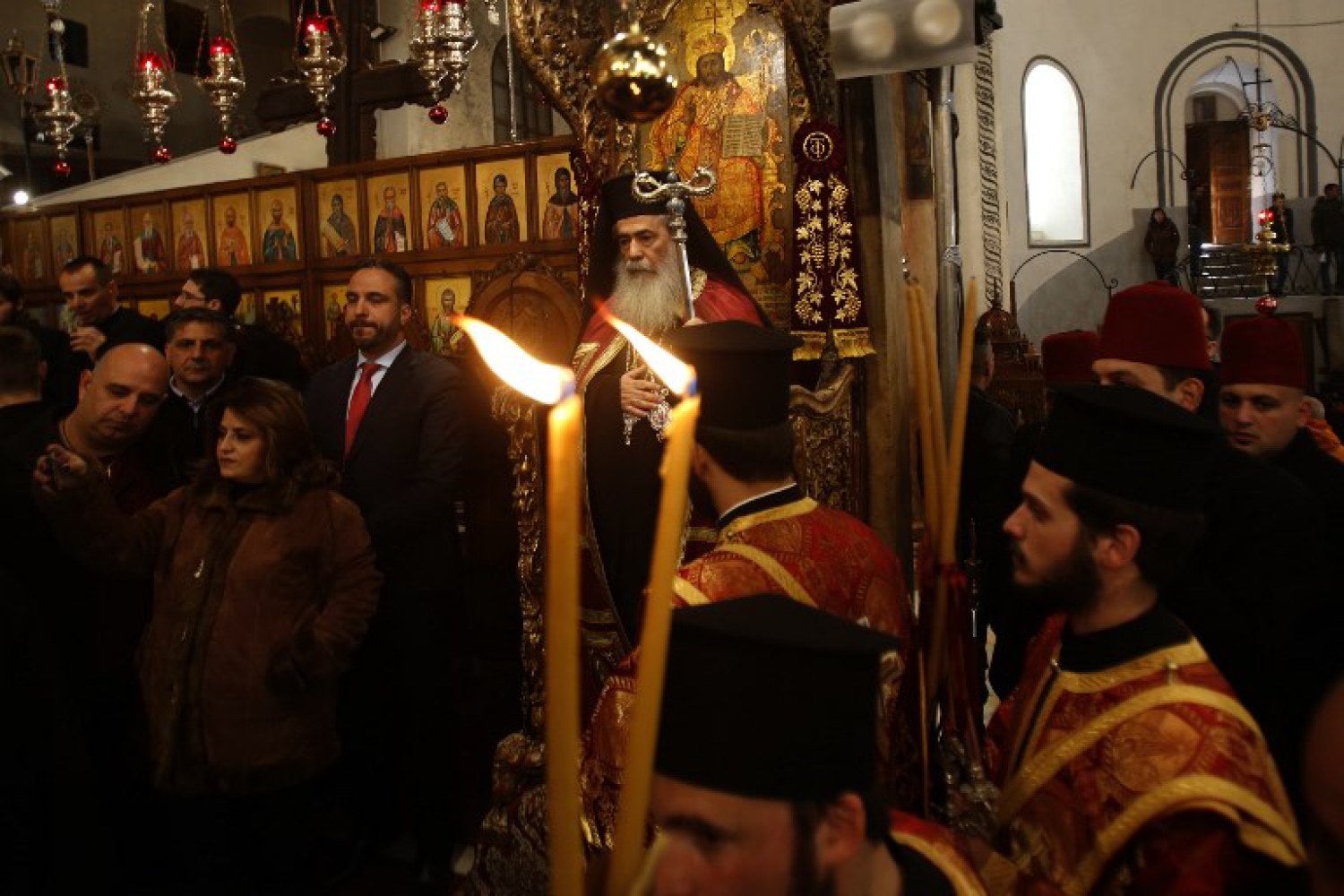 Jerusalem’s Greek Orthodox Patriarch Theophilos III (center), leads the Christmas Mass for his community, at the Church of the Nativity in the occupied West Bank town of Bethlehem on January 6, 2019.  AFP

Greek Orthodox patriarch Theophilos III arrived at the Church of the Nativity, built on the traditionally recognized site of Jesus’s birth, as a large deployment of Palestinian police stood guard.

He called on the Greek Orthodox leader “to remain faithful to the cause of the Palestinian people.”

Israeli purchases of church land and property in east Jerusalem angers Palestinians — including Orthodox Christians — who see this Israeli-annexed territory as the capital of their promised state.

The church elected Theophilos in 2005 after dismissing his predecessor Irineos over an alleged multi-million-dollar sale of church land to Jewish buyers, but Palestinian critics say the practice continues.

Most Eastern Orthodox Christians celebrate Christmas on January 7, while those in the West observe it on December 25 because of differences between the Julian and Gregorian calendars.

Earlier Sunday the traditional parade of boy and girl scout marching bands in Bethlehem went ahead in a biting cold wind.

“We came to visit Manger Square to celebrate Christmas,” said Lissa Bsharat, who had arrived from Nazareth in northern Israel with her son and husband.

“The atmosphere is very beautiful.” /cbb