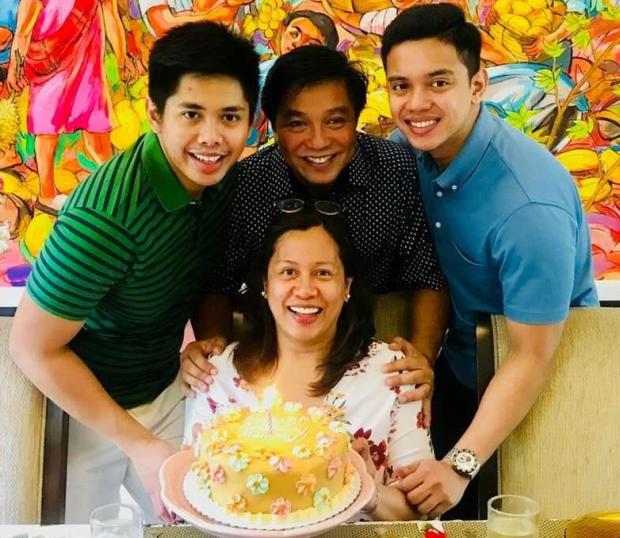 In the house of lawyer Justin Batocabe, a vinyl record player remains untouched.

It was supposed to be his Christmas gift for his father, Ako Bicol Rep. Rodel Batocabe, whom Justin described as a music lover.

The record player would remain Justin’s for now, as his father and his police escort, SPO2 Orlando Diaz, were gunned down in Daraga, Albay on Dec. 22 — his father’s wedding anniversary with wife Gertrudes and just three days before Christmas Day.

Justin said the Batocabe family would normally exchange gifts and have a picture taken on Christmas Eve.

“But no annual picture[-taking] took place, and we didn’t give gifts that night,” he said.

Several relatives and supporters joined them for Noche Buena, but with his father gone, it was “definitely muted and sad.”

Justin recalls how the 52-year-old lawmaker also inspired in him a passion for sports. He recalled how his dad used to beat him in badminton, even after a heart bypass surgery the older Batocabe had in 2013.

“But noong tinuruan niya ako mag-basketball, I can easily beat him na after a few months when I was younger,” he said, a hint of the joy on his face.

[But when he taught me how to play basketball, I can easily beat him after a few months when I was younger.] 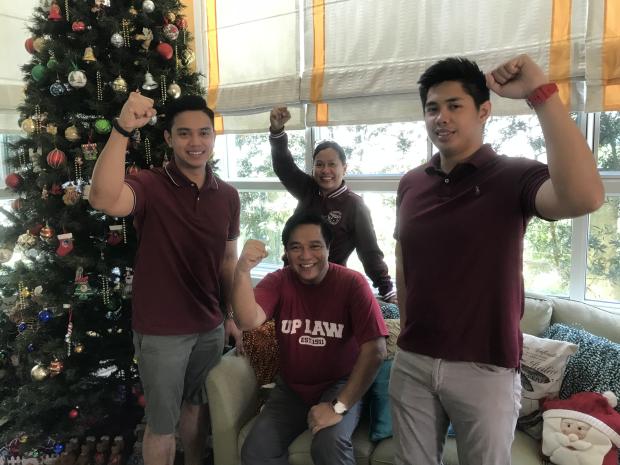 Ako Rep. Rodel Batocabe (seated) and his wife Gertrudes and sons Justin (left) and Kiel (right) wore maroon shirts on Dec. 1, 2018. It was Game 1 of the UAAP men’s basketball best-of-three championship series between the University of the Philippines, the Batocabes’ alma mater, and Ateneo de Manila University. (Photo courtesy of KIEL BATOCABE)

His father may be described in a thousand and one words, but for his elder son, he was a “great teacher, a great provider, and a good friend” in “every step of the way.”

Justin, a lawyer like his father, also reminisced how the party-list representative taught him to always go the extra mile, as if to follow his footsteps.

In 2017, Batocabe was among the awardees of the Distinguished Alumni Awards for Public Service and Good Governance from the University of the Philippines.

[One of my favorite sayings from him is: “Justin, if others work or study for an hour, you should work and study for two hours. Hard work and dedication are really the lessons he taught me.] 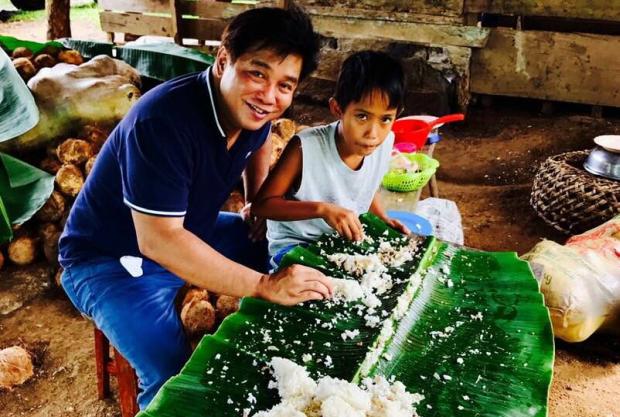 At times, he would also be Justin’s toughest critic, even commenting on how his 30-year-old son would dress.

[My previous firm required us to come in suits, and if you can, three-piece suits. I also liked that. So every day my father would say: “So where’s the wedding?” He would tell me that.]

Maybe he would have wished to hear, at least once more, how his father would evaluate his attire sometime in June 2020, when he was planning to have his wedding with his fiancée.

He quivered at the thought of celebrating his wedding day without his father.

It is not just Justin and his family grieving for the loss of Batocabe. The people of Daraga also visited him during his wake and joined the family in his burial, even with a state of calamity declared in Albay due to Tropical Depression “Usman.”

Six of the suspects in the killing of the lawmaker and his police escort are now in the custody of the police.

The seventh suspect, Daraga Mayor Carlwyn Baldo, who is alleged as the mastermind, had denied his involvement in the murder.

Batocabe was running for the Daraga mayoralty in May 2019, challenging Baldo, who is seeking reelection, and incumbent Vice Mayor Victor Perete.

For Justin, it was “crystal clear” that his father was winning the favor of voters in their municipality, which made him the target of the attack. 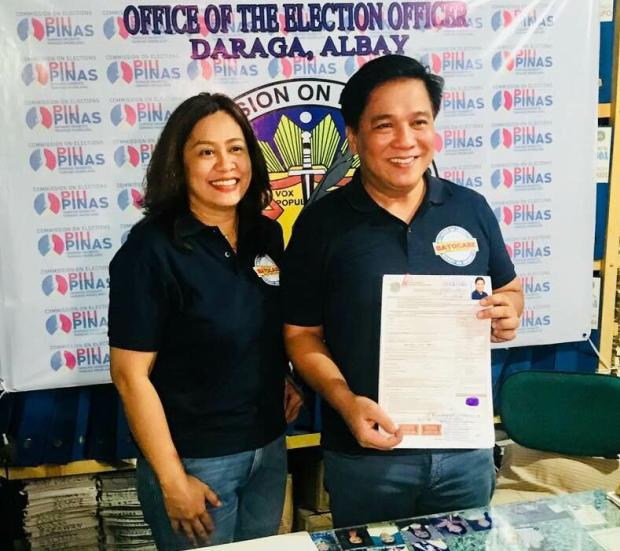 Ako Bicol Rep. Rodel Batocabe and wife Gertrudes pose for a photo after the lawmaker filed his certificate for candidacy for the Daraga mayoralty. (Photo courtesy of KIEL BATOCABE)

Hours after the police implicated him in the case, Baldo said he was just being used as a “convenient scapegoat,” as he said the true perpetrators of the killing continued to enjoy liberty.

But for Justin, nobody in his family was interested in falsely pointing at Baldo as the brains of the assassination. He said he was only interested in the truth.

He added that testimonies of a suspect-turned-witness and the other suspects in the killing — all alleged confidential staffer of Baldo — all point to the mayor as the mastermind of the murder.

“The interviews, even independent and separate, all sang the same tune, and they all pointed to the same person. So I think he should explain how is that so?” Justin said. “If it’s not him, then who? And why is everyone pointing at him?”

Authorities say the murder case has been solved, but for Justin, a message for his dad would remain thumping in his heart.

[Pa, I love you. Thank you for everything you did for me. I told you before, you should not have gone somewhere far.]