PNP chief says Daraga mayor will get his day in court 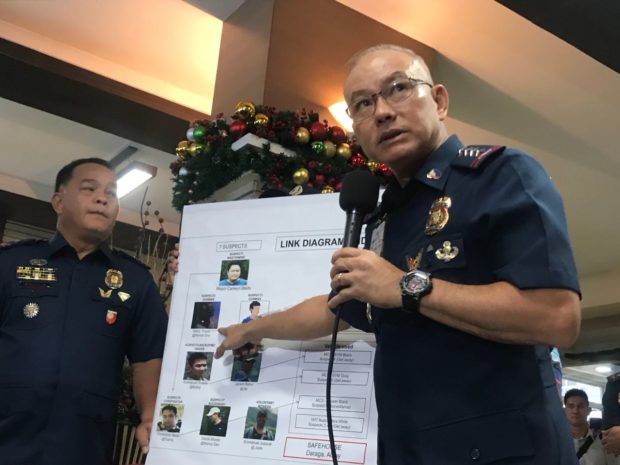 MANILA, Philippines — “He will have his time in court. He will be given due process I’m sure.”

On Friday, Baldo said he did not order the deaths of Batocabe and escort Orlando Diaz after the PNP filed cases of double murder and multiple frustrated homicide against him.

“I did not order the deaths of anyone. I did not kill Cong. Batocabe and SPO2 Diaz,” Baldo said.

Albayalde said no one will admit to a serious crime such as murder.

“Walang a-admit sa isang krimen (No one will admit to a crime) especially with this kind of seriousness. This is serious offense. Remember murder is without bail, double murder at that and six counts of frustrated murder,” Albayalde said during a press conference in Camarines Sur.

Interior Secretary Eduardo Año echoed Albayalde, saying the evidence was strong against the mayor and that “denial” is not a “ground for good defense.”

“Napaka-strong ng evidence  against the mayor nakikita naman ninyo ang mayor yung kanyang denial is not a ground for good defense so korte na bahala diyan but the evidence is very strong,” Año said during the press briefing.

(The evidence is strong against the mayor. His denial is not a ground for good defense so the court will take care of that, but the evidence is very strong.)  /ee

ADVERTISEMENT
Read Next
SC: Work suspended for Manila courts on Jan. 9 due to Traslacion
EDITORS' PICK
Gov’t urged to shift public transport system to service contracting
Leveling up your ‘lutong bahay’ with the kitchen companion you never knew you needed
Cherry Mobile teams up with Cloud Panda PH, launches online store
WATCH: Mga eskwelahan na ginawang quarantine facility, binigyan ng dalawang linggo para linisin
MMDA: Commuters to blame for chaos
Crisis seen in absence of jeepneys in Metro Manila
MOST READ
MMDA to sue, slap P1,000 fine on bike group
MMDA: Commuters to blame for chaos
‘I am a natural-born Filipino’ — Gabby Lopez
Calida ‘just the lawyer, not the client’ and must ‘never lose his cool’ – Macalintal
Don't miss out on the latest news and information.