Batocabe’s son: ‘Killing for money, politics will never be acceptable’ 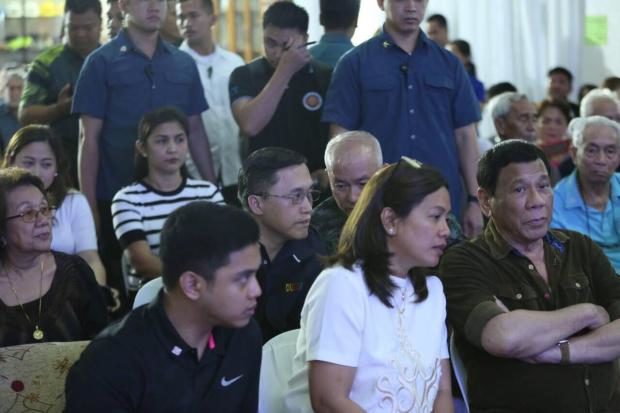 MANILA, Philippines — Killing for money or politics is never acceptable.

Atty. Justin Batocabe, son of slain AKO Bicol Rep. Rodel Batocabe, said this on Thursday as police investigation pinpointed to Daraga Mayor Carlwyn Baldo as the alleged brains behind the killing of his father.

Rep. Batocabe, who was poised to run for the mayoral post in the said municipality, and his police escort SPO1 Orlando Diaz were gunned down by assailants during a gift-giving event on December 22, the same day as his wedding anniversary.

READ: Rep. Rodel Batocabe was killed on his wedding anniversary

Justin, the elder of Batocabe’s two sons, said he is “very happy” with the huge development in the investigation, but his voice cracked when asked for his reaction on the involvement of the mayor.

“I think it helps us psychologically, but to accept that killing someone for money, for political position, that is something we will never accept,” he said in a press conference in Camp Crame, shortly after Philippine National Police (PNP) chief Director General Oscar Albayalde announced the news to the media.

Albayalde said investigation showed that Baldo allegedly offered to pay P5 million to seven other suspects to kill Batocabe. The seven were allegedly employed as “confidential staff” in the Office of the Municipal Mayor of Daraga under fake names and are receiving P7,000 as monthly compensation.

Two of the suspects are now in police custody, one became a witness in the case, and the remaining four are still at large.

“I am saddened by the loss of a good man, a dedicated public servant, and a worthy opponent in the coming May 2019 elections,” he said in a statement.

“We were shocked by the incident as we didn’t expect this to happen, especially it’s Christmas and the election period is quite still far,” Baldo also said.

He then assured that “everything is being done” to solve the lawmaker’s murder.

Nevertheless, Batocabe’s son said he is convinced that the local chief executive masterminded the killing of his father.

He said the Batocabe family will take the case “one step at a time” from the preliminary investigation to its further development.

He also confirmed that some have been calling for his mother Gertrudes “Gertie” Duran-Batocabe to substitute Rep. Batocabe in running for mayor in Daraga.

“As of the moment we are still discussing. But what is certain is that we will substitute [my father],” Justin said.

Justin also lauded the “hard work” of the PNP in its investigation, as Albayalde said the case has been solved but not yet closed since some of the suspects are still at large. /jpv