Devotees asked not to touch Black Nazarene during Traslacion 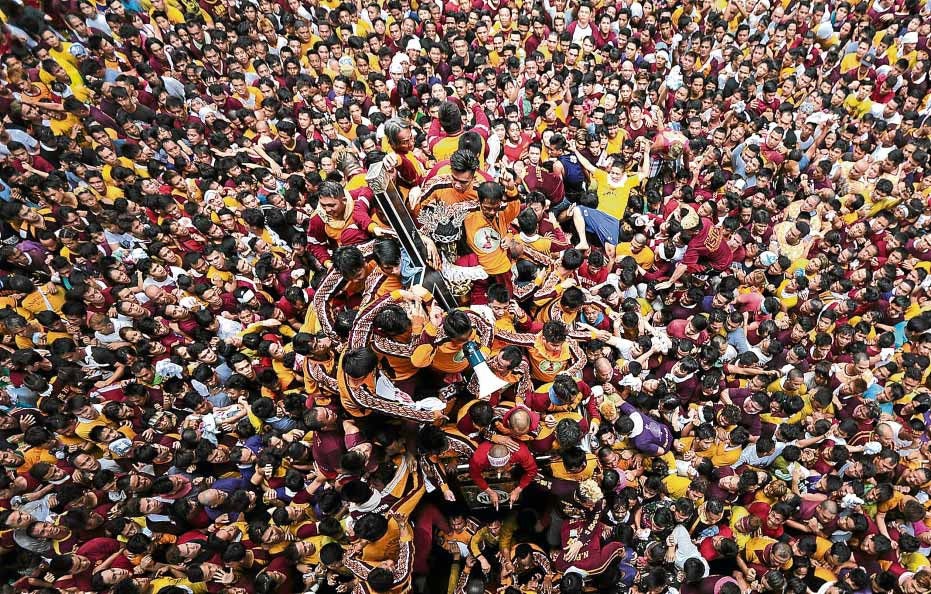 Thousands of devotees try to touch the image of the Black Nazarene during the Traslacion in 2017. INQUIRER FILE / GRIG C.MONTEGRANDE

MANILA, Philippines – For safety reasons, church officials on Thursday discouraged devotees from touching the image of the Black Nazarene during this year’s Traslacion.

Father Douglas Badong, an official at the Quiapo Church, said devotees were not prohibited from touching, kissing, wiping, and boarding the carriage of the Black Nazarene but they were being discouraged from doing so.

Badong said that simply joining the procession would be “more than enough” to process the faith of the devotees.

He also reminded the devotees that the Black Nazarene could be visited anytime at the Quiapo Church all-year long.

Monsignor Hernando Coronel, Quiapo church parish priest, asked devotees who already touched the image of the Black Nazarene in previous years to give way to other people.

“If you have touched the Nazareno once or twice already, it doesn’t have to be 10 times. Others are abusing already. Let us take turns,” Coronel told INQUIRER.net.

“Let us help each other. Others can be so rowdy. Let’s be considerate,” he added.

Instead, he said devotees could touch the rope around the image.

“There is the rope or the “lubid” so it’s the extension of the providence, the love of the Nazareno, of His grace through the rope which is quite long,” he said.

Coronel noted that millions attend the Traslacion and it would be impossible for all of them to touch the image of the Nazarene simultaneously.

He assured the devotees that the Church would be praying for those who could not touch the image, adding that there were other days that they could go near the Nazarene.

“For those who are not able, we will continue praying for them and there are other days that they can go near the Nazareno. Just be patient,” Coronel said.  /cbb