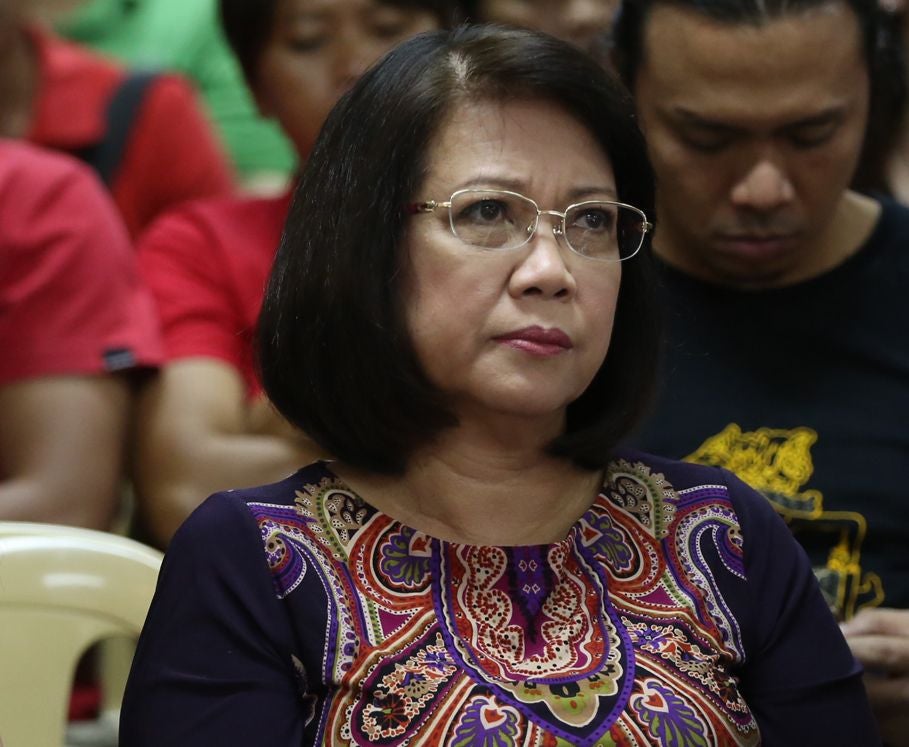 The ouster of Chief Justice Maria Lourdes Sereno has been expected but not in the manner it was done.

The impeachment trial has been ongoing in Congress since 2017.

The impeachment complaint was filed by Atty. Larry Gadon who alleged that Sereno failed to report or include in her SALN the earnings she made when she represented the Philippine International Airport Terminals Co. in the controversial case over the alleged irregularity in the construction of Terminal 3 of the Ninoy Aquino International Airport.

The former chief justice attributed the attack against her to her statements against President Rodrigo Duterte.

How did the clash start?

Sereno and Duterte have been at odds since 2016 when she sent the President a letter telling him that disclosing the names on his drug list that included judges were premature.

Duterte gave Sereno some tongue lashing for allegedly interfering with his job and even threatened to declare martial law. The President eventually apologized for his harsh words.

Again, the clash between the two leaders ignited with the high court’s decision to allow the burial of former President Ferdinand Marcos at the Libingan ng mga Bayani.

Sereno, in her strongly worded dissent, said she could not allow “such an expedient and shortsighted view of Philippine history.”

Then, after Duterte declared martial law in Mindanao because of the Marawi siege, Sereno, in a speech said “martial law power is an immense power that can be used for good, to solve defined emergencies; but all earthly powers when abused can result in oppression.”

With the filing of the impeachment complaint, in late 2017, the Palace called on Sereno to resign and spare the judiciary from “further damage” to which the then Chief Justice shrugged off.

Sereno was defiant and continued with her tirades against the administration, issuing statements against extra-judicial killings, human rights violations and eventually calling for Duterte’s resignation.

She also stood pat in her decision not to appear in Congress to answer the allegations against her.

This, however, did not sit well with officers and members of the judiciary who staged a “Red Monday” protest and called for her resignation. The judiciary’s action was in contrast when the late Chief Justice Renato Corona was facing an impeachment trial, his colleagues, as well as the other officers and employees, rallied behind him in a “Black Friday” protest.

Was it two weeks or indefinite leave to prepare for impeachment battle?

On February 27, 2018, Sereno took an indefinite leave of absence. Her letter, which initially confused even among her colleagues, made it appear that she took a leave voluntarily.

However, high court sources said her hand was forced by her colleagues who confronted her during the Feb. 27, 2018 en banc (full court) session for her non-compliance with the requirements when she applied for the Chief Justice post.

Five days after she took an indefinite leave of absence and with Sereno’s continued defiance to appear in Congress, Solicitor General Jose Calida sought the “divine intervention” from the “God of Padre Faura by filing the quo warranto petition.

Quo warranto proceeding is filed to remove an officer who is not qualified for the position he or she has been occupying for at least a year. However, Calida’s petition was next to impossible because a chief justice can only be removed in an impeachment proceeding.

Two months after the quo warranto petition was filed, Sereno became the second chief justice to be ousted from office but the first to be ousted via a non-constitutionally mandated method.

The high court, in its ruling, said Sereno could be removed via quo warranto proceedings since it was “separate and distinct from impeachment.”

The high court also ordered that an administrative case be filed against the former magistrate for violating the Code of Professional Responsibility and Code of Judicial Conduct “for transgressing the sub judice rule and for casting aspersions and ill motives to the members of the Supreme Court.”

President Rodrigo Duterte appointed the second most senior magistrate to take over the Chief Justice portfolio.

The judiciary lauded Teresita Leonardo-de Castro’s appointment and celebrating with her were her colleagues.

“I think we should all move on for the good of the judiciary. Let us put the past behind us, but of course, we should not forget the lessons that we learned in that event in the history of the judiciary,” de Castro said.

Under De Castro’s watch, the high court has implemented several policies and reforms including the increase of monthly salary of first-level court judges all over the country.

She has also convened the Justice Sector Coordinating Council (JSCC) after a three-year lull. During the meeting, the JSCC approved the launch of a second Justice Zone in Cebu City as well as the creation of technical working groups on planning, budgeting, data reconciliation, and evidence management system.

She also led the SC in approving the new rule for direct payment of legal fees through over-the-counter payment in Land Bank of the Philippines branches and the increase fees for mediators and stenographers.

The high court has also approved the construction of halls of justices for Tanay in Rizal and Cagayan De Oro City.

During her stint, the high court en banc also managed to expedite pending applications, appointments to key vacancies at the high court which has remained vacant for years.

The SC has named Davao City regional trial court Judge Leo Madrazo as deputy court administrator for Mindanao last Sept. 4. This position has been vacant for over one year or since July 2017.

The High Tribunal has also named lawyer Ma. Carina Cunanan as SC deputy clerk of court and chief administrative officer in appointment paper also released last Sept. 4. This position, on the other hand, had been vacant since December last year. The high court also appointed lawyer Librada Buena as new SC first division clerk of court in place of clerk of court Atty. Edgar Aricheta who was promoted Clerk of Court of the SC en banc following the retirement of Felipa Anama, who retired from the judiciary in early 2018.

Turning past trials into a positive 2019

After de Castro, appointed Chief Justice is Lucas Bersamin, the third most senior justice at the Supreme Court but President Duterte considered the most senior for having been in the judiciary for more than 30 years.

He also encouraged the SC employees that they should strive to improve the High Court and make changes in their regulations and rules of court to speed up the decision of the cases.

In return, he promised to provide more benefits to the court employees. “So work with me. Do not love me, but work for me.”