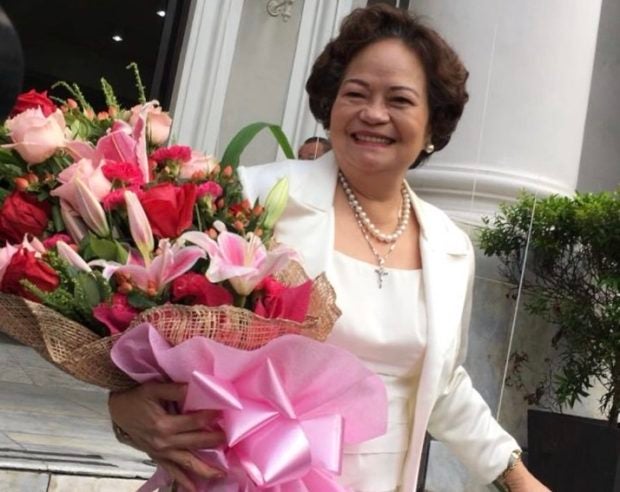 New Chief Justice Teresita Leonardo de Castro urged her critics on Tuesday to “move on for the good of the judiciary.”

De Castro was appointed chief justice after the Supreme Court granted the quo warranto pleading against Maria Lourdes Sereno and ruled that her appointment was void from the start.

Critics have called the appointment of De Castro as a “reward” for testifying against Sereno in her impeachment case and voting in favor of quo warranto.

“I do not think that one incident would have been enough to elevate me to the highest position in the judiciary,” De Castro said at a press conference.

De Castro said it was time to look forward and support the projects to reform the judiciary.

“I think we should all move on for the good of the judiciary. Let us put the past behind us but of course, we should not forget the lessons that we learned in that event in the history of the judiciary,” she added.

The new Chief Justice maintained independence as she said that President Rodrigo Duterte never talked to her.

“I have no problem about maintaining independence in the Judiciary. I would like to inform everyone that up to this time, I have not met the President. I have not seen him. I did not approach him so he appointed me without knowing me personally,” De Castro said.

The new Chief Justice will be in office for less than two months, and some critics have cast doubt on whether or not she can still do reforms in the judiciary in a short span of time.

But De Castro said, “I will not be working only for two months. I’ve been working for years since 2009.”

Among the works she mentioned include the computerization in the Judiciary, organization of family courts and reforming rules pertaining to family cases and cases involving children in conflict with the law.

“I cannot mention any more here because there are so many of them. My committee on Family Court were able to secure so many reforms with respect to the processes being followed and with respect to applicable rules to children in conflict with the law,” De Castro said.

She said she will continue with the Enterprise Information System Plan (EISP), a project that was initiated by former Chief Justice Reynato Puno and continued by the late Chief Justice Renato Corona.

Under the EISP, De Castro included the Judiciary case management system (JCMS) that would have racked the progress of a case from the lower court up to the time it was elevated to the appellate courts and the Supreme Court.

“At the time of the incumbency of Corona, we [have] already prepared the terms of reference for the bidding out of the consultancy of the project; unfortunately, it was stopped after Chief Justice Corona was booted out of office,” De Castro said.

She said there is another project that she will revive – the digitization of records of court employees: accounting, auditing, leaves of employees and officials.

“During the time of CJ Corona, there was already a term of reference for the bidding consultancy and that was stopped. I believe that it is an important project for the court,” she added.

She said she already has her schedule full, but she expressed gratitude that her colleagues support her.

“They were all present during my first day of work and I appreciate very much the warm welcome I got from all of them,” she added.

She already presided over the high court’s en banc and is currently presiding over the oral argument on government’s ICC withdrawal. /cbb, je