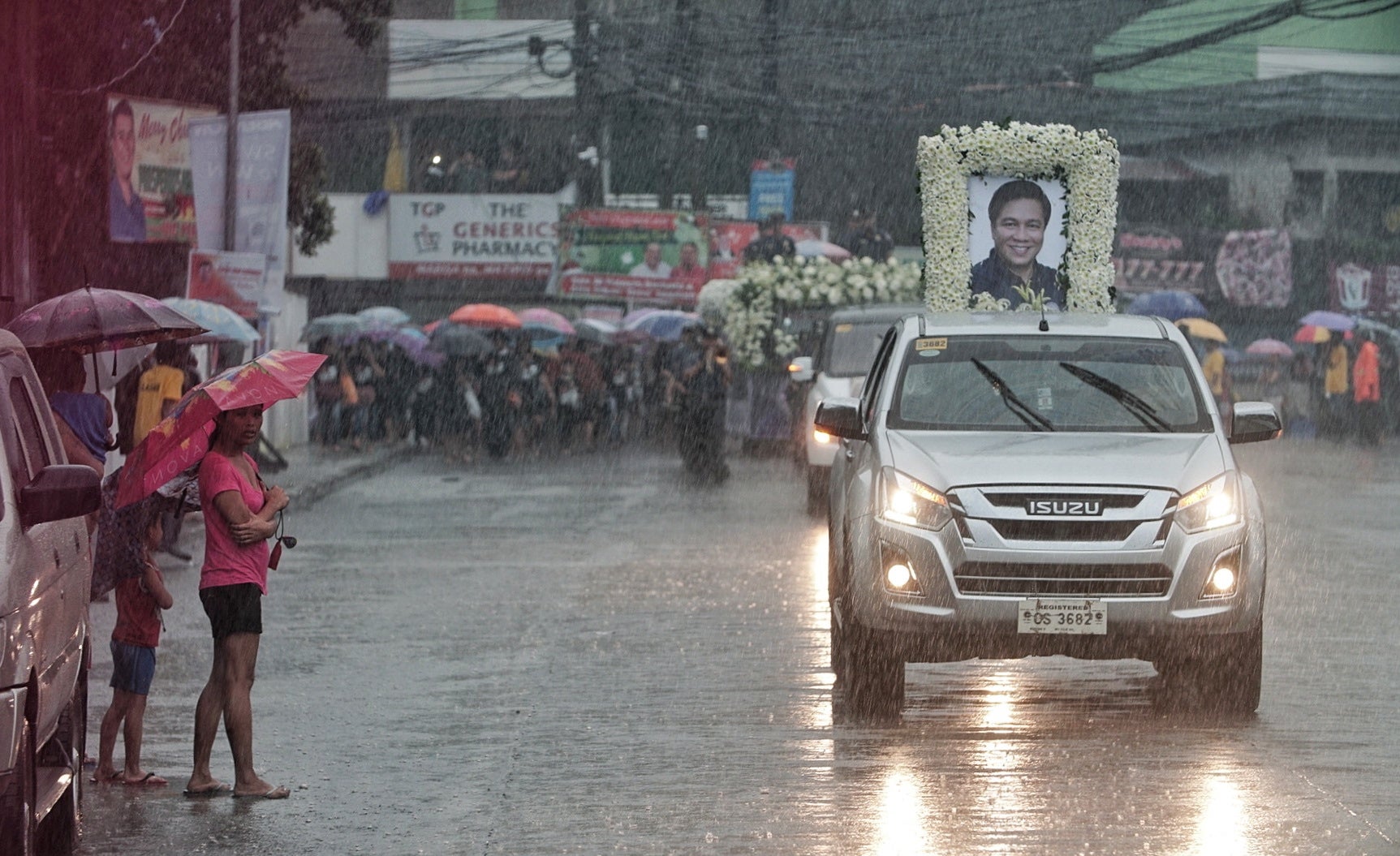 DARAGA, ALBAY—Heavy rains failed to discourage supporters from attending the funeral of Ako Bicol Rep. Rodel Batocabe, who was laid to rest on Monday at the Catholic cemetery here.

Close to 3,000 supporters, family, and friends came in black shirts printed with the message “Justice for Cong. Rodel Batocabe” at the 10 a.m. funeral Mass held at Nuestra Señora de la Porteria Parish, and followed the flower-bedecked float carrying the lawmaker’s coffin to the cemetery.

“It was as if the skies were mourning our loss as well,” Batocabe’s son, Justin, said.

Testament to his kindness

The size of the crowd, who came from all walks of life, was a testament to his father’s kindness, he said. “Rich or poor, Bicolano or from other regions, leftists or rightists, Yellow or Red, all of them were his friends and the people loved him,” he added.

“[Batocabe] gave people in my village water pumps and food,” Ocaya told the Inquirer. Her companions recalled also receiving food from the congressman for their New Year’s Eve feast.

Batocabe and his police escort were shot dead by gunmen on a motorcycle shortly after leaving a gift-giving activity for senior citizens and persons with disability on Dec. 22.

Only family and friends were allowed to enter the cemetery, while hundreds of supporters waited outside in the rain for their last glimpse of the lawmaker.

‘We will not rest’

“We want justice, we will not rest until the mastermind is arrested,” the younger Batocabe said, adding that his father would have been the best mayor Daraga had.

Batocabe, who was on his last term as a congressman, planned to run for town mayor in next year’s midterm elections.

As police officers rendered a 21-gun salute, a shower of white roses served as the final gesture of goodbye to the slain lawmaker.

Senior Supt. Wilson Azueta, Albay provincial police chief, said they were exerting their best effort to solve the crime and that the release earlier this week of the composite sketch of two suspects would help advance the probe.

“The investigation is improving and we are satisfied with the result,” Batocabe’s son said.