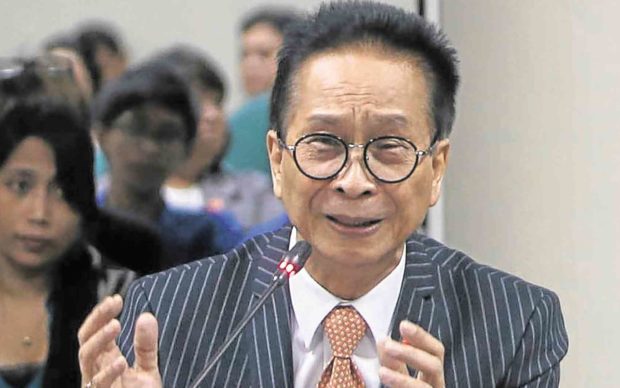 MANILA, Philippines—Malacañang urged the Filipino youth to draw inspiration from the life of Dr. Jose Rizal and emulate the principles that made him the country’s greatest hero.

Presidential Spokesperson Salvador Panelo issued the statement on Saturday, a day before the country commemorate the 122nd martyrdom of Rizal.

Panelo said “Rizal’s life and death is a walking testament to a person’s magnificent and consuming love for his country that sparked a leap for freedom and an assertion of national dignity.”

“More than one century has passed since his execution in Bagumbayan (now Luneta), but his influence on our nation’s evolution remains relevant today as it was 122 years ago,” he said.

“As we commemorate the anniversary of his death, we ask our people, the youth in particular, to take inspiration from Rizal’s life story and emulate the principles that made him the country’s greatest hero,” he added.

The Palace official added that we too need “equally courageous and principled Filipinos, stripped of apathy and selfishness, to become modern-day heroes to sustain our fight for freedom [and] from all the ills of society.”

Panelo further stressed that “Rizal’s martyrdom should propel us to rise to the challenge of the times and unchain ourselves from our stupor of indifference and race to the finish line of genuine change and prosperity.”

December 30 of every year is a regular holiday in the country to remember Rizal’s execution.

It was in this day back in 1896 that Rizal was shot dead by a firing squad for fighting the Spaniards who occupied the country then for more than three centuries. His death sparked a massive revolution against Spain.

President Duterte is set to lead the flag-raising and wreath-laying ceremony for Rizal on Sunday in Rizal Park in Davao City. /jpv