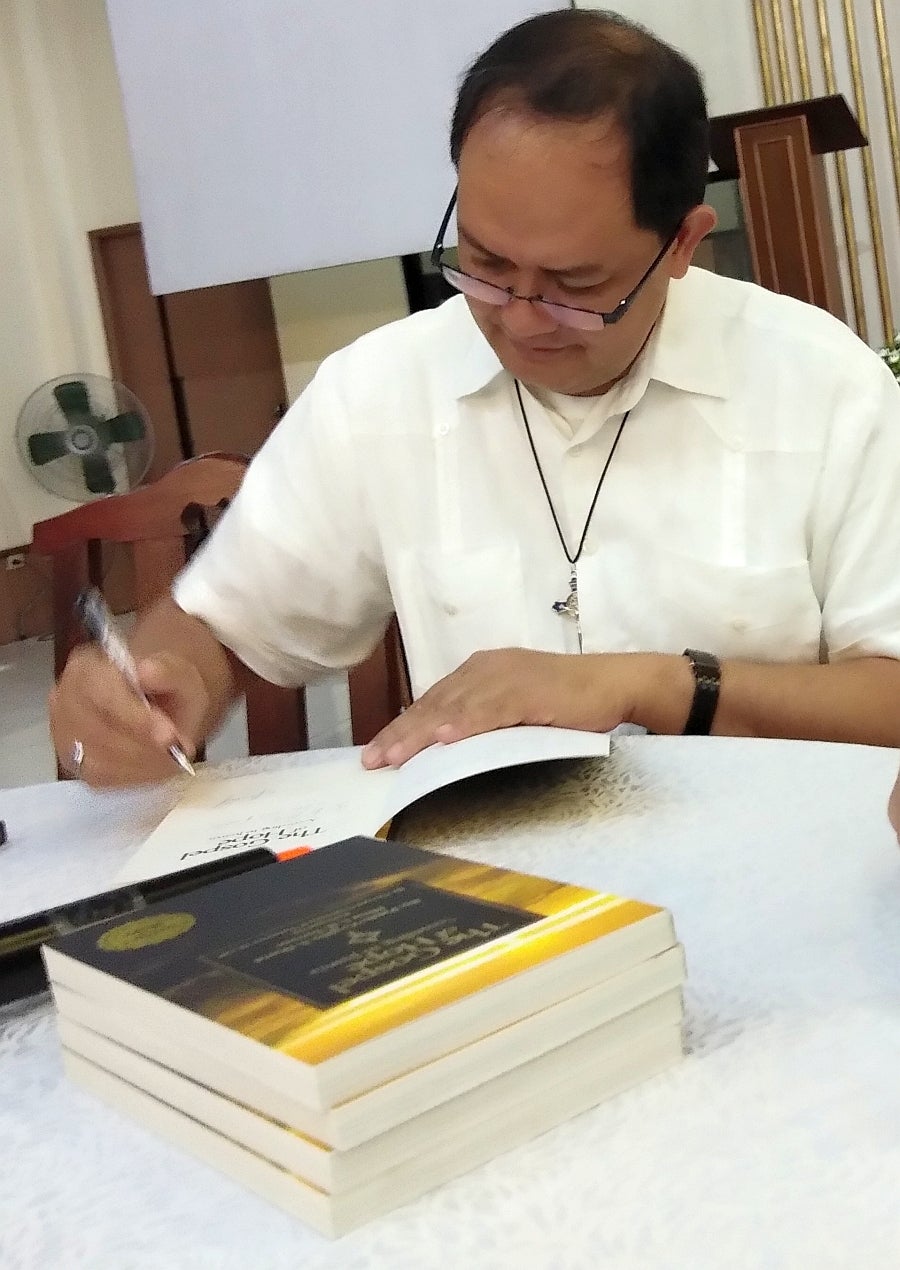 CITY OF SAN FERNANDO — Extrajudicial killings, whose victims included Kian Lloyd delos Santos, a teen from his diocese, moved Caloocan Bishop Pablo Virgilio David to put together stories about hope for the third book in his Gospel series.

With coauthor Nina LB Tomen, David launched his latest book, “The Gospel of Hope According to Juan/a,” at Arzobispado de Pampanga on Sunday.

He said the book was a collection of accounts by real people who discovered hope amid natural disasters and the growing number of killings plaguing the country.

“Hope is possible only in the midst of a dark situation, temptation to despair. You won’t even know what hope is about until you have gone through the struggle in the midst of darkness and you are tempted to almost fall apart and breakdown,” David said.

Kian, the 17-year-old who was murdered by policemen during what was supposed to be an antidrug sweep on Aug. 16, 2017, was one of the book’s inspirations, David said.

Three Caloocan police officers were convicted in November for killing the teen.

David installed a marker for Kian on the boy’s death anniversary this year.

“Who was he? Why were we honoring him with a marker?” the bishop said. “I say, ‘Yes, he was a total nobody,’ but it’s obvious that this boy was killed, was brutally murdered and we have enough witnesses to testify to that. The big contribution of Kian is that he put a face to the nameless and faceless victims [of the war on drugs], and I think that’s the important thing.”

He said the Church and civic groups stepped up after a police official told the families of victims of extrajudicial killings to “move on.”

“The feedback I got from the families was that the comment offended them. They would gladly move on, but how, when they lost parents and children and the breadwinners?” David said. “When one breadwinner is killed, then you have a whole family paralyzed.”

At the Pampanga book launch, Tomen read aloud “The Unhappiest Place on Earth,” a story about her youngest son, Poy, on the 10th anniversary of his death due to rabies.

The book was first launched in Manila on Dec. 12.

David and Tomen, who have been writing as a team since 2008, embarked on the book series to teach the public how people are empowered by the Gospel.

“We started on Mercy (the Gospel of Mercy According to Juan/a],” he said. “…  “What motivates people to be merciful? That’s what brought us to Love [The Gospel of Love]. It’s the book that we should have written before Mercy. And it is the book to be read before Hope,” he said.

David and Tomen are planning to call the fourth in the series  “Gospel of Joy,” to be published next year.

The authors are earmarking 20 percent of the book proceeds for the Gift of Hope, a project that organizes music, dance and theater workshops for the children of victims of extrajudicial killings.