Angkas hopeful TRO will be lifted so it can operate again 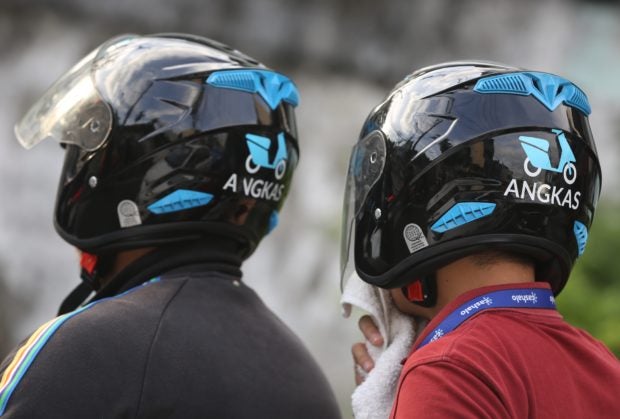 MANILA, Philippines — Motorcycle ride-hailing app Angkas remains hopeful that the Supreme Court will grant its petition for the lifting of a temporary restraining order (TRO) issued against it.

“We’e hopeful that the Supreme Court will find merit on our case,” George Royeca, head of regulatory and public affairs of Angkas, said in a press conference on Saturday.

According to Royeca, the temporarily suspension of its operations has affected 25,000 drivers.

He also said that the directive of Transportation Secretary Arthur Tugade might not directly affect the decision of the SC.

On Friday, Tugade directed the formation of a technical working group (TWG) to study the feasibility of using motorcycles as public transportation

“I don’t know if the whole TWG would directly or somewhat influence the decision, but I think where we should look at is the plight of the Fiilpinos,” Royeca said.

Prior to the directive, the Supreme Couirt issued a TRO on Dec. 5 against a preliminary injunction by the Mandaluyong Regional Trial Court that allowed Angkas to operate.

The Supreme Court TRO, in effect, allows the Land Transportation Franchising and Regulatory Board (LTFRB) to apprehend Angkas drivers who insist on getting passengers.

Land Transportation and Traffic Code, or Republic Act No. 4136, prohibits motorcycles from being used as vehicles for hire.

Immediately a day after the issuance the TRO, the LTFRB started going after Angkas drivers in Makati — specifically, at the corner of Antonio Arnaiz Avenue (formerly Pasay Road) and Edsa and at the corner of Ayala Avenue.

Shortly after that, DBDOYC Inc., which owns Angkas, asked the SC to lift the TRO.