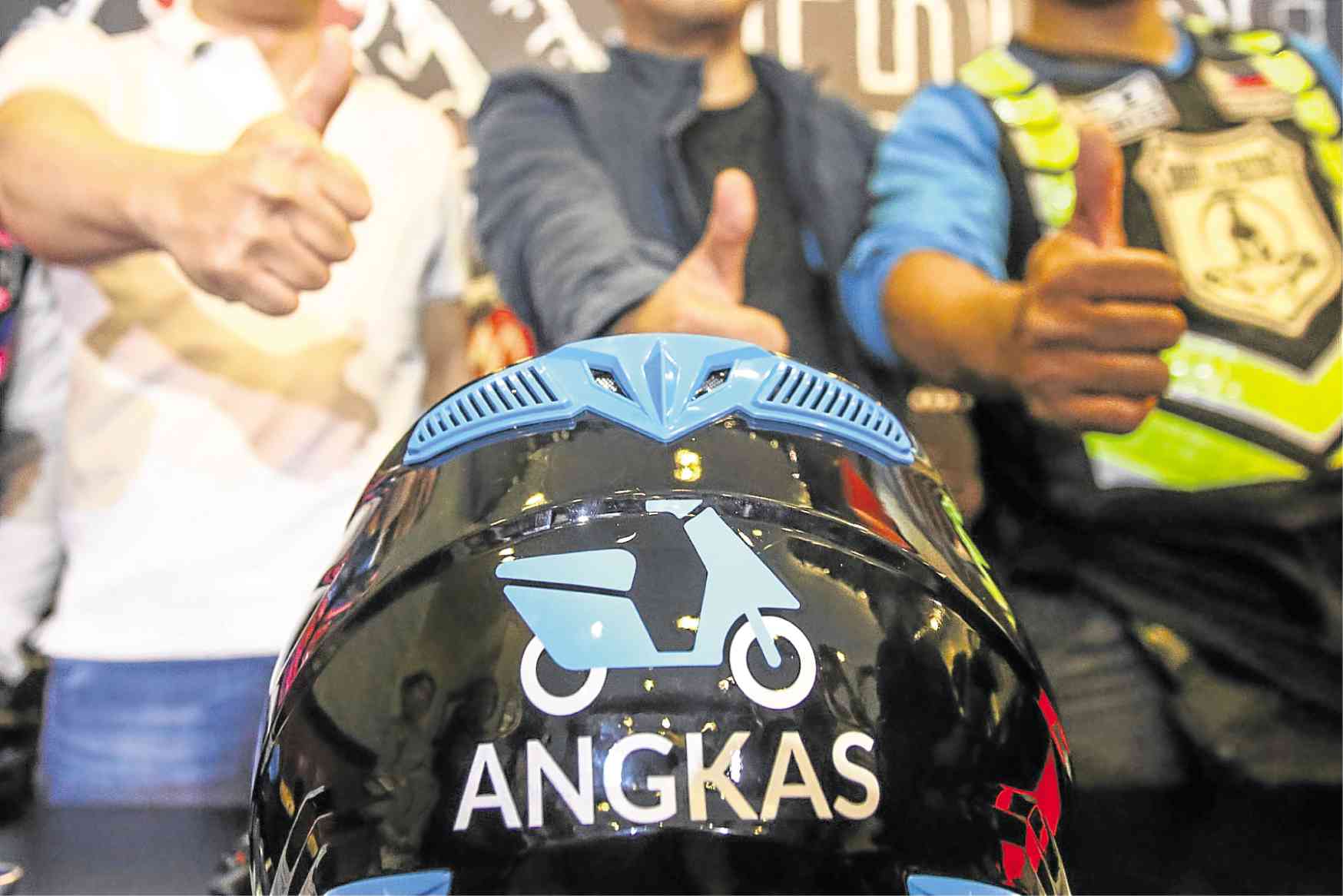 APPEAL TO THE HEART  The company behind Angkas, DBDOYC, says the TRO will mean its demise since it is being asked to close shop indefinitely.—JAM STA. ROSA

The owner of the motorcycle-hailing app, Angkas, has asked the Supreme Court to lift the temporary restraining order (TRO) that resulted in the suspension of its operations, saying the move would leave 25,000 drivers and their families penniless for the holidays.

In a 26-page motion dated Dec. 13 and a 51-page comment dated Dec. 17, DBDOYC Inc. said the TRO issued by the Supreme Court’s Second Division would result in its demise, “considering it is being asked to close shop for an indefinite period of time.”

“Apart from its business shutting down, thousands of Angkas drivers will be rendered jobless and their families penniless a couple of weeks before Christmas. Yet for such a catastrophic consequence, private respondent was not even given the slightest opportunity to be heard,” it added.

DBDOYC insisted it was not a public utility or a common carrier as transactions between their motorcycle drivers and passengers were private in nature.

The company said Angkas drivers were not like nor do they intend to be common carriers or public utility vehicles (PUVs) which could be hailed anytime on the street.

They could even refuse to render services by simply not going online or logging off.

On Dec. 5, the high tribunal’s Second Division granted the petition for a TRO filed by the Department of Transportation (DOTr) and Land Transportation Franchising and Regulatory Board (LTFRB).

The order, in effect, prevented the enforcement of a Mandaluyong court ruling that prevented the two agencies from stopping Angkas’ operations.

In its motion, DBDOYC said the DOTr and the LTFRB erred in invoking Section 7 of Republic Act. No. 4136 or the 1964 Land Transportation and Traffic Code which stated that private passenger automobiles, trucks and motorcycles “shall not be used for hire under any circumstances.”

According to the company, “for hire” simply meant that the arrangement between parties was not private.

It pointed out that many private vehicles, including motorcycles, were being used for delivery or courier services, and were hired privately.

“In sum, [DBDOYC] through its Angkas application, merely prearranges the ride between an Angkas-accredited biker, who is willing and able to give a motorcycle ride, and a potential passenger, and the ensuing transportation contract is in the nature of a purely private arrangement. [DOTR and LTFRB’s] power to regulate under the law does not include the power to prohibit [DBDOYC] from conducting its business and its drivers from pursuing a lawful occupation or calling,” it said.

On Friday, Transport Secretary Arthur Tugade said he had ordered the creation of a technical working group (TWG) to discuss whether motorcycles for hire like Angkas were fit for public transport.

Tugade told reporters that the TWG would discuss, among other things, the correct motorcycle specifications and drivers’ qualifications for them to be considered safe.

Also to be taken up are the bikes’ appropriate size and engine power, travel speed and training requirements for drivers before they could be issued a franchise.

The TWG will be composed of members from the transport department and regulators, traffic enforcement agencies, commuter and road safety advocates, and motorcycle stakeholders.

Angkas will hold a concert at the Quezon Memorial Circle today in a bid to rally its massive following to support the TRO’s reversal. —With a report from Krixia Subingsubing