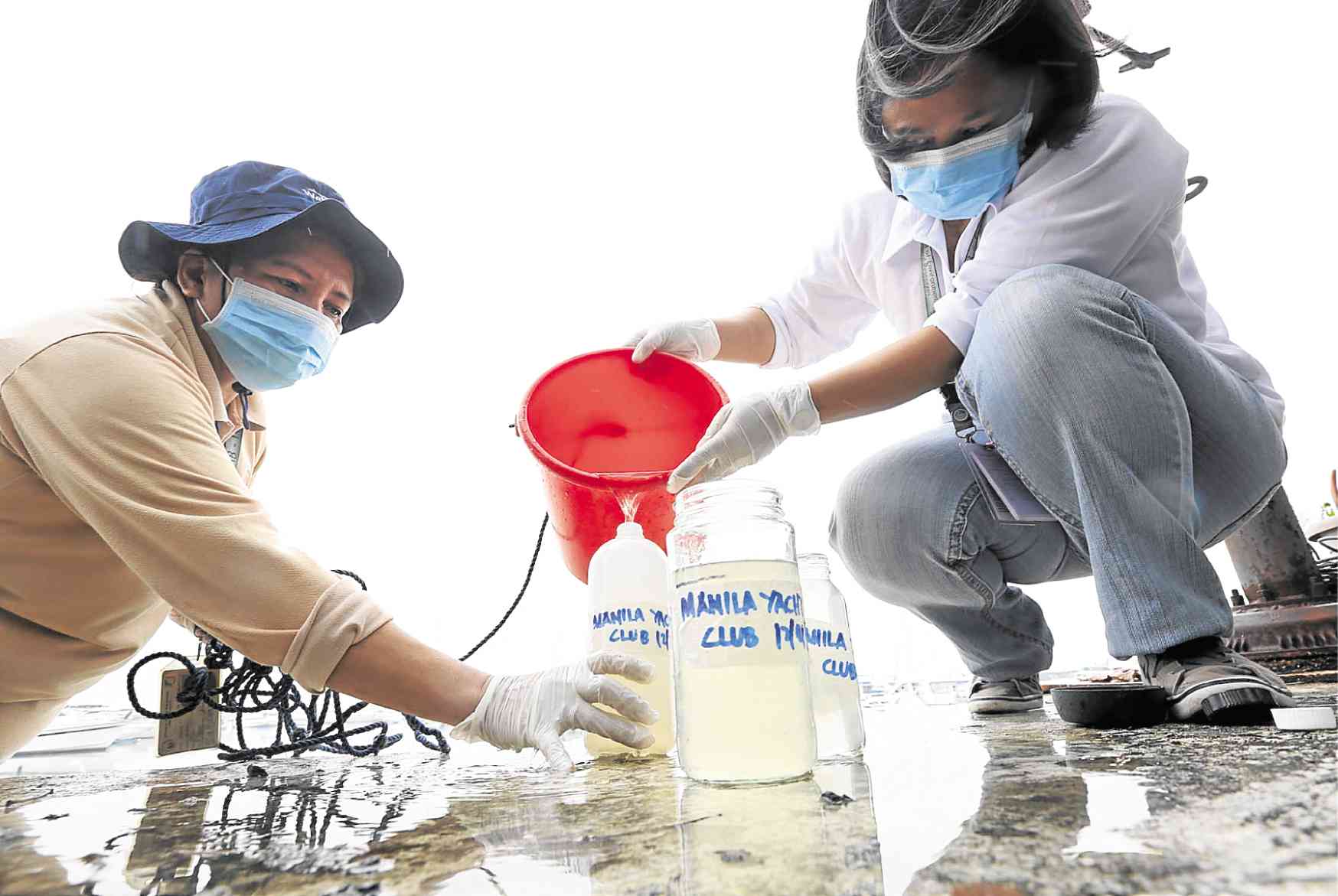 COLIFORM CONTENT CHECK DENR personnel check on Friday the coliform content of the water in Manila Bay which has been described as a “magnified cesspool.”—MARIANNE BERMUDEZ

An interagency task force is set to file charges against local officials who have not been cooperating with government efforts to clean up Manila Bay.

“[The Department of the Interior and Local Government (DILG)] is now preparing the filing of cases against noncompliant [local government units] in the implementation of the Clean Air, and Clean Water and Solid Waste Management acts, in supposed compliance with the [Supreme Court order],” said Donna Mayor-Gordove, executive director of the Manila Bay Coordinating Council,  on Friday.

The filing of charges was part of the “operational plan in coastal strategy” that the interagency “technical thinking group” was taking as part of initial steps in the waterway’s rehabilitation.

Gordove, however, declined to name the local government units that would be charged.

According to Gordove, the DILG will take the lead role in the filing of charges against erring LGUs, with the help of the environment ombudsman.

Early rehabilitation efforts which began in 2011 have proved futile because of a combination of factors, including the lack of cooperation from local officials, she said.

“We have to consider that Manila Bay is the final catchment of [water draining from] five provinces in [Central Luzon], three provinces in [Calabarzon] and 16 cities and a town in Metro Manila. So if we want to clean up Manila Bay, we need to address all the sources [of pollution],” she added.

Gordove cited the “low” percentage of Metro Manila establishments—16 percent—that were connected to a sewer pipeline.

The rest, she said, drain their sewage waters directly into rivers that end up in Manila Bay.

Officials were one in saying that the high concentration of informal settlers living on Metro Manila’s riverbanks and estuaries was one of the major culprits in the high volume of garbage flowing into the bay.

The figure has ballooned to about 300,000 families or about 1.5 million people today.

Cimatu earlier said that after Boracay Island, the DENR was eyeing to rehabilitate Manila Bay next, possibly in the second week of January.