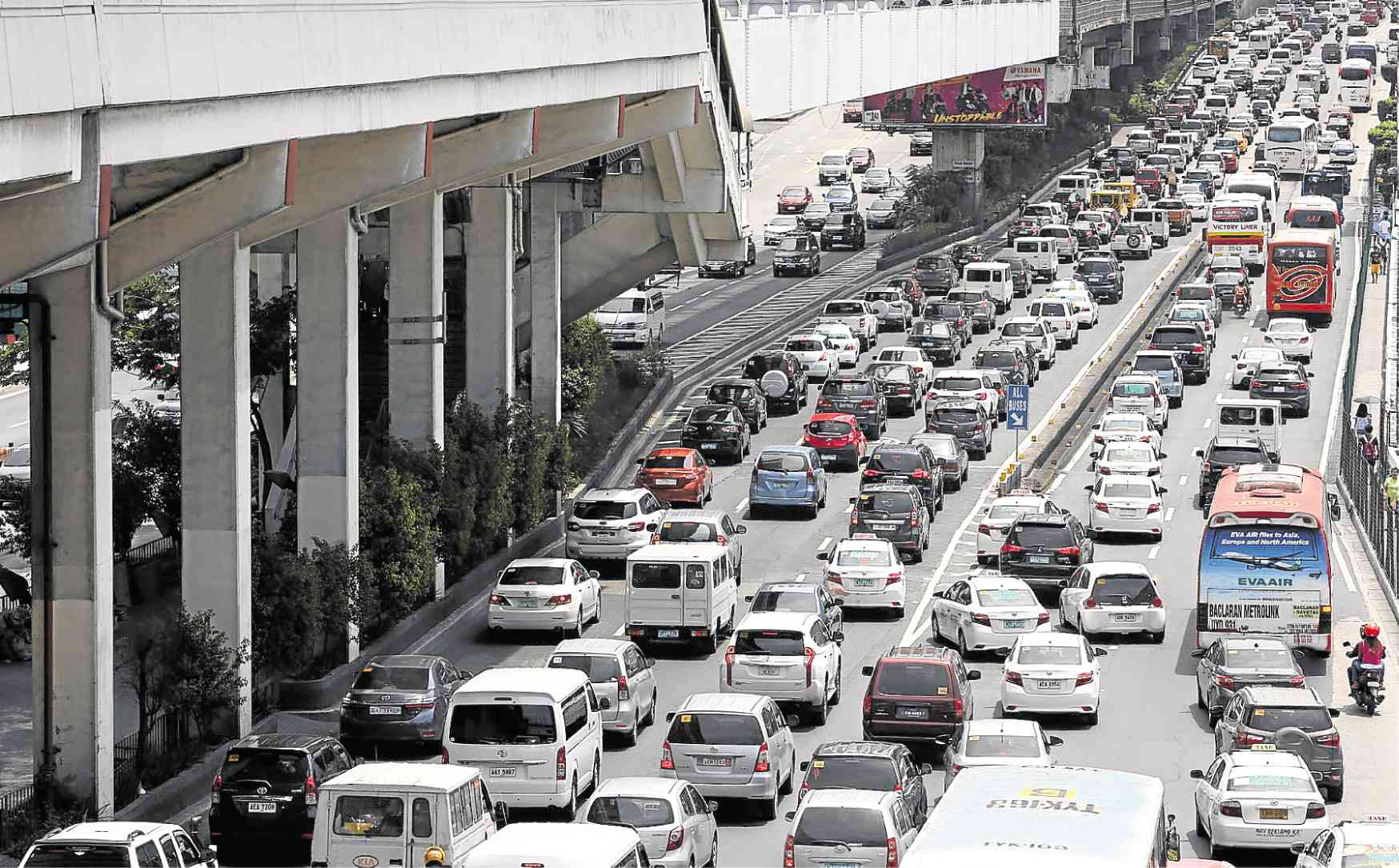 MANILA, Philippines — Motorists should bring not only presents for their Christmas parties on Friday night but also a lot of patience as the Metropolitan Manila Development Authority said on Thursday that a “carmaggedon” is expected around the metro.

Despite this warning, MMDA General Manager Jojo Garcia said that traffic enforcers of the agency are on “full alert” to assist the traffic situation.

“Naka full alert tayo lalo na ang ating mga enforcers,” he said, adding that he would meet the enforcers within the day to remind on their tasks for the holiday rush.

According to MMDA Spokesperson Celine Pialago, the expected traffic speed along the stretch of Epifanio de los Santos Avenue (Edsa) on Friday would only be at 12 kilometers per hour (kph)

She said that the speed of vehicles travelling across the metropolis has continued to go down since the last week of November.

With this, Garcia reminded motorists to follow traffic rules despite being stuck in traffic.

ADVERTISEMENT
Read Next
Road Board ‘one of the most corrupt agencies’ — Gatchalian
EDITORS' PICK
Cherry Mobile teams up with Cloud Panda PH, launches online store
WHO resumes hydroxychloroquine coronavirus trials
COOCAA TV Bounce Back Sale offers up to 50% off
DOLE eyeing P20-B subsidy for MSMEs
Over P785M distributed to 98K PUV drivers in Metro Manila — DSWD
SMDC The Good Guys on the Go
MOST READ
Kris Aquino goes home after quarantining for nearly 3 months in Puerto Galera
It’s final: Anti-Terror Bill now only needs Duterte’s signature
Piolo gets first call slip from ABS-CBN to resume ‘ASAP’ taping
‘She had no right to be in Singapore’: Youth pleads guilty to abusing Filipino maid
Don't miss out on the latest news and information.