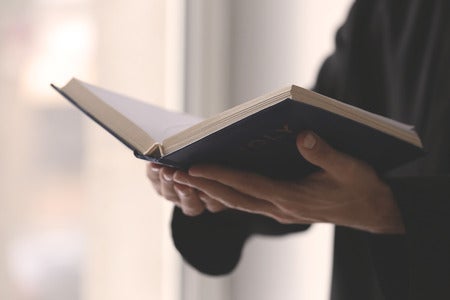 Filipino priest Rev. Don LaCuesta was criticized for a homily he delivered at the funeral of 18-year-old Maison Hullibarger in Temperance, Michigan.

Jeff and Linda Hullibarger, Maison’s parents, wanted their son’s funeral to celebrate his life, but instead received hurtful words from LaCuesta, as per the Detroit Free Press on Dec. 14. Maison, a straight-A freshman student and athlete at the University of Toledo, took his life last Dec. 4.

LaCuesta’s sermon on suicide reportedly deviated from what he and the parents discussed during a meeting about what homily is expected to be delivered at Maison’s funeral last Dec. 8.

“He was up there condemning our son, pretty much calling him a sinner,” Jeff was quoted as saying. “He wondered if he had repented enough to make it to heaven. He said ‘suicide’ upwards of six times.”

The homily also upset a couple of attendees, who left the church in tears upon hearing LaCuesta’s words. Jeff, at one point, also approached LaCuesta and asked him to stop, but the pastor only continued on.

The Archdiocese of Detroit, following the backlash, has since released LaCuesta’ s homily on their website.

“I think that we must not call what is bad good, what is wrong right. Because we are Christians, we must say what we know is the truth — that taking your own life is against God who made us and against everyone who loves us…” LaCuesta’s homily read.

“The finality of suicide makes this all the worse. You cannot make things right again… And this is much of the pain of it all. Things are left unresolved, even if it felt to [Maison] like this was the only way to resolve things…”

The Archdiocese also released a statement on Dec. 17 in regard to Maison’s funeral, in which regret was expressed that LaCuesta was unable to bring comfort to the grieving family.

“We understand that an unbearable situation was made even more difficult, and we are sorry,” the statement said. “In the homily, Father LaCuesta attempted to offer a message of confidence in salvation, affirming that “nothing – not even suicide – can separate us from the unconditional love of God.'”

“We acknowledge, however, that the family expected a homily based on how their loved one lived, not one addressing how he passed away,” the Archdiocese stated. “We also know the family was hurt further by Father’s choice to share Church teaching on suicide, when the emphasis should have been placed more on God’s closeness to those who mourn.”

The apology, however, seems not enough as the Hullibargers are now calling for the removal of LaCuesta from the Our Lady of Mount Carmel Catholic Church. They plan to reiterate their demand to Archbishop Allen Vigneron in their meeting this Saturday, Dec. 22, as per Detroit Free Press on Dec. 18

Meanwhile, a statement from LaCuesta was also posted on the Archdiocese’s website, where he addressed the calls for his removal.

“I understand the pain behind these calls. It is my preference to stay and to serve the parish community I love so much,” he wrote. “I want all of you to know that I am working with the Archdiocese to ensure that I can serve more effectively in the future.”

LaCuesta, as per his profile on the website of Mount Carmel, was appointed to the church on Aug. 1, 2013. He grew up in the Philippines and was ordained in 2006 after attending the Sacred Heart Major Seminary in Detroit. He lived in a Catholic order’s house in Grosse Pointe prior to becoming a pastor.

As of this writing, the page can no longer be found on the website. Cody Cepeda/JB