6 LGU execs to be removed from ‘narco-list,’ says PDEA chief 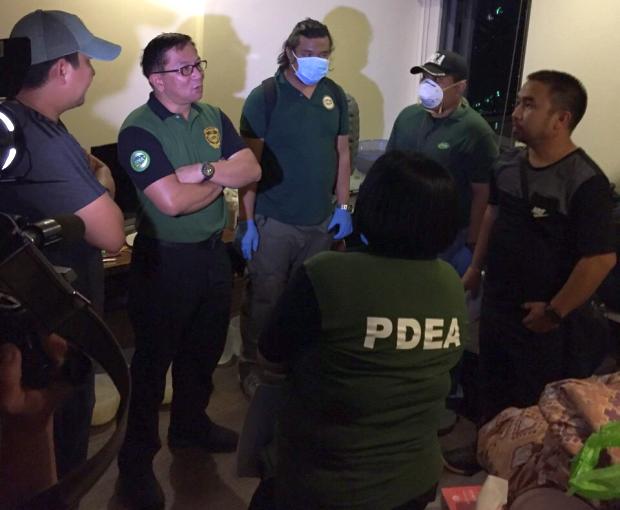 MANILA, Philippines — The Philippine Drug Enforcement Agency (PDEA) will recommend the removal of the names of five mayors and a vice mayor in the government’s so-called list of narco-politicians.

PDEA Director General Aaron Aquino revealed this Wednesday, as he noted 83 politicians are currently included on the list of government officials allegedly involved in the illegal drug trade.

Originally, the list included 93 officials but Aquino said some of them were already arrested, killed, or have died of natural causes.

“We are about to clear five mayors and one vice mayor [out of the 83], and the rest will still be there,” he told reporters after PDEA gave cash rewards to tipsters and law enforcers of big-time anti-drug operations.

Aquino said the recommendation for the removal of the local executives from the list resulted from validation by a task force composed of PDEA, Philippine National Police, National Intelligence Coordinating Agency, and Intelligence Service of the Armed Forces of the Philippines.

But PDEA spokesman Derrick Carreon said the task force’s power was “purely recommendatory” and its suggestions were subject to the approval of President Rodrigo Duterte.

According to Aquino, most of the names on the narco-list were coddlers of drug lords but added that some might have only tried to help their relative, who was arrested for a small amount of illegal drugs, to be released from jail.

(So if his involvement is that minimal, if you will compare it with a mayor who is really a drug lord, we just delist him.)

He said the names of the six officials will be transferred to a “suspense file” for now.

“But kapag dumating ang panahon [na] na-monitor that he is doing some illegal acts, then we will bring him back doon sa narco-list,” Aquino said.

(But if the time comes that we monitor he is doing some illegal acts, then we will bring him back in the narco-list.)

Meanwhile, Aquino revealed PDEA is conducting adjudication process for other politicians in the list.

He also said PDEA still targets to publicize the narco-list after they get the green light from Mr. Duterte. /kga

Comelec to review proposal to disqualify ‘narco-pols’ in 2019 polls

Read Next
61% of Filipinos believe US will defend Philippines in case of invasion
EDITORS' PICK
Smart releases Hyun Bin’s second TVC
EuroMillions Superdraw: A lottery draw unlike any other is coming to the Philippines
Almost 4,000 former communist rebels get financial aid from gov’t–DILG
Water remains our saving grace right now
Philippines logs 1,494 new COVID-19 patients; tally now at 41,830
DOH to present new method of reporting COVID-19 cases next week
MOST READ
‘Keep our silence:’ Duterte tells troops not to avenge slain agents
As Ringo Starr turns 80, he talks about his life, Beatles journey, including that unfortunate Manila experience
NAIA Terminal 3 to open for international flights starting July 8
Lacson calls report ‘malicious,’ but journalist says she tried to contact him
Don't miss out on the latest news and information.