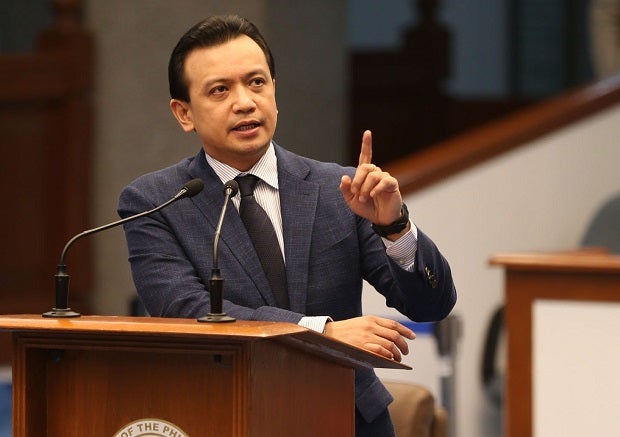 Sen. Antonio Trillanes IV will question before the Supreme Court the ruling of Makati Regional Trial Court Branch 148 that affirmed the constitutionality of Proclamation No. 572, which voided the amnesty given to him by former President Benigno Aquino III.

In his motion dated Dec. 9, released to the media Tuesday, Trillanes’ legal counsel Reynaldo Robles urges the Makati RTC to allow them to take their case straight to the Supreme Court.

The decision that they want to appeal was the Oct. 22 order where the court affirmed the legality of President Rodrigo Duterte’s proclamation.

However, in the same ruling, the court refused to order the arrest of Trillanes and reopen the coup d’etat case against him, saying that the 2011 dismissal of the case had long been final.

Trillanes and the Department of Justice (DOJ) filed their motions for reconsideration, with Trillanes questioning the constitutionality of Duterte’s proclamation and the DOJ insisting on the reopening of the coup d’etat case.

But the court denied both motions for reconsideration.

According to Robles, a direct appeal to the Supreme Court is unusual, ubt Trillanes’ case is unique and unprecedented.

He said taking the case to the Court of Appeals was no longer an option because because there was no more case to speak of.

The coup d’etat case, Robles said, had long been dismissed and an appeal to the appellate court would be tantamount to reopening it.

Robles added that they also could not file another petition before the Supreme Court because they might be accused of forum shopping — that is, filing of similar cases in various courts to obtain a favorable ruling.

He said since they had a pending petition before the Supreme Court on the same issue, they would just raise the lower court’s ruling on the already pending case.

“…[I]t is most respectfully submitted by herein former Accused Trillanes that he can and should be allowed to appeal the said issue directly to the Honorable Supreme Court, in the same case which referred the issue(s) to this Honorable Court, particularly G.R. No. 241494,” read the motion.

Robles asked Branch 148 to forward the records of the case to the SC, particularly to the petition Trillanes had earlier filed. /atm