Trillanes posts P200K bond to travel to Europe, US 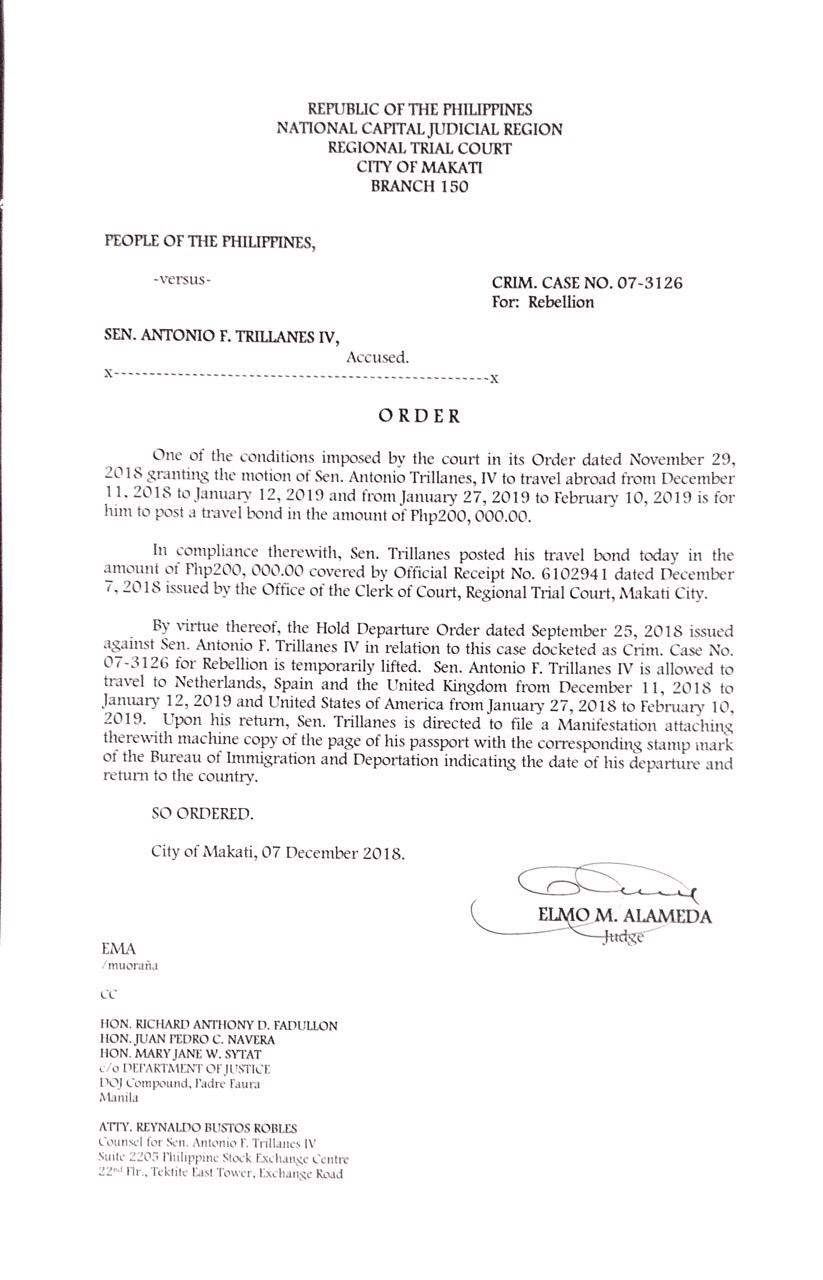 MANILA, Philippines — Senator Antonio Trillanes IV has posted a travel bond of P200,000 to be able to leave the country and attend speaking engagements in Europe and United States.

READ: Makati court allows Trillanes to travel to Europe, US

In a written order released to the media on Monday, Makati Regional Trial Court (RTC) Branch 150 Judge Elmo Alameda said the hold departure order against the senator filed on September 25 in relation to his rebellion case “is temporarily lifted.”

The order noted the posting of the travel bond was one of the conditions of the court in granting Trillanes’ motion to travel abroad to attend several activities in Europe and in the United States.

Earlier Monday, the Pasay City Prosecutors’ Office also withdrew from the court their motion to issue a precautionary hold departure order against the senator – a staunch critic of the Duterte administration.

The Department of Justice (DOJ) earlier asked several courts to stop Trillanes from leaving the country as the senator has other pending complaints for inciting to sedition before a Pasay City court and Pasay Prosecutors Office.

Trillanes was invited by various groups to attend several activities in Amsterdam, Barcelona, and London from December 11, 2018 to January 11, 2019.

Meanwhile, on January 27 to February 10, 2019, the senator will be meeting with officials from various groups, organizations, and institutions in California, Washington D.C., and Maryland, USA.  /kga