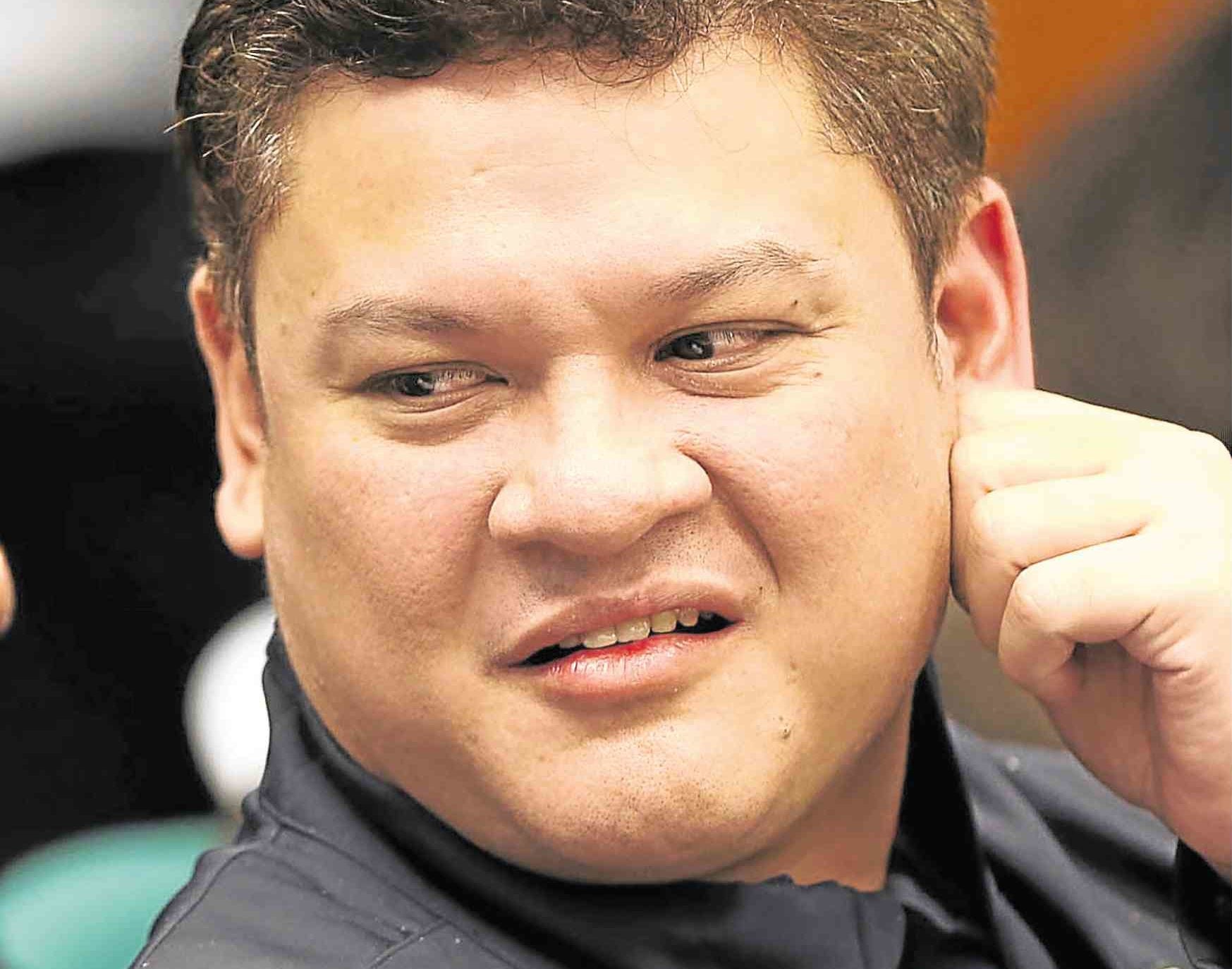 Paolo Duterte at the Senate hearing on a case of “shabu” (crystal meth) smuggling allegedly involving him. LYN RILLON

Presidential Spokesperson Salvador Panelo said the Palace was not privy to the information released by the younger Duterte.

Panelo said there was nothing wrong with Paolo’s release of the list, citing it was part of his freedom of expression.

“First we are not privy to this list issued by the former vice mayor. Number two, the President always respects the freedom of expression and the vice mayor then may have some reasons for issuing such a list,” he said in a Palace briefing.

The Palace official said Duterte would not talk to his son regarding the issue.

“The President as a policy does not talk to his children with respect to their principled position or political decisions,” he said.

“As I said the President respects, so I’m sure the former vice mayor is competent enough to explain his position on the matter,” he added.

Panelo defended Paolo, saying the former vice mayor has the right to react to any plot against his father.

“The former vice mayor is a son and all sons will react to any plot, any conspiracy that he perceives to be against the father. So it is his right to react on certain things that he knows that we do not know of,” he said.

“That is his right and we cannot deprive this person of expressing his sentiment especially because he is a son and all sons have the right to defend, neutralize any attempt to discredit or to assault the reputation or the integrity of the father,” he added.

Panelo, who is also Duterte’s chief legal counsel, said the individuals on the list could always refute the allegations against them.

“And anybody who feels aggrieved, they can always refute the allegations contained in the list. That is the beauty of democracy. As the saying goes, the free market of ideas and expressions,” he said.

“The people who were listed there and companies can always respond, can always refute the allegation. That is what freedom of expression is all about,” he added. “Well if they can show that it’s wrong, there is always legal remedies available to them.”

Malacañang, Panelo said, Duterte would not initiate an investigation into Paolo’s list.

“If there is a request from the source, maybe. But, you know, as I said earlier, the Palace will not interfere with anything that he is not privy of,” he said.

Panelo downplayed the destabilization plot against the President.

“Well unless you can show to us that there are overt acts being performed in pursuance of a conspiracy, that ’s a different thing,” he said.

He said no coup plot would succeed against the President.

“Given the popularity rating of the President, no coup or for that matter conspiracy will succeed. The PNP and the military are in support of the President as well as the majority of the Filipinos,” he said./ac