Lacson to spare no one in fight vs pork 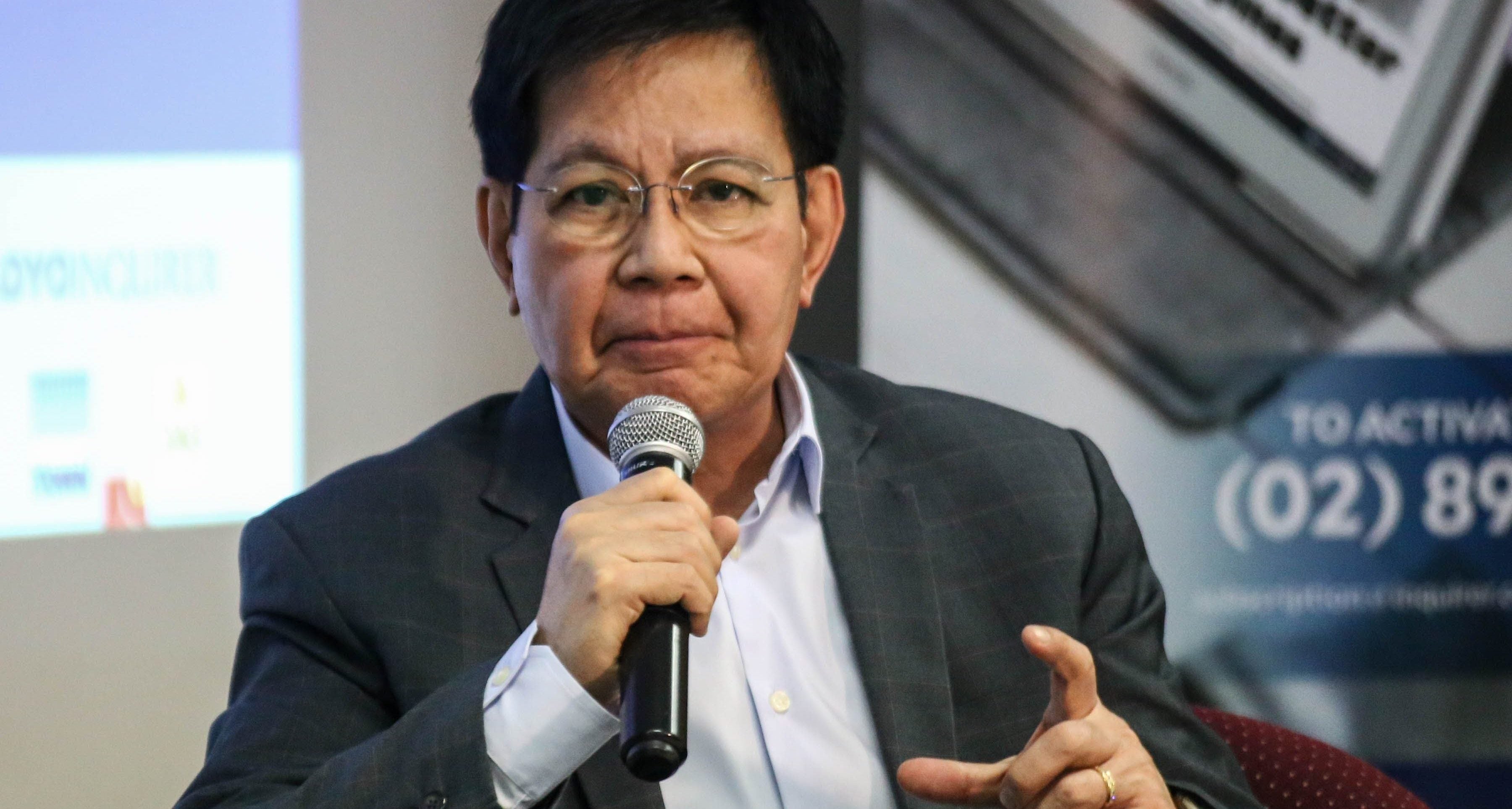 Sen. Panfilo Lacson on Saturday said he would spare no one in his plan to remove or reduce what he believed were pork barrel insertions in the proposed P3.757-trillion national budget for 2019, as he denied singling out Speaker Gloria Macapagal-Arroyo.

Lacson earlier disclosed that after last-minute revisions of the national expenditure bill in the House of Representatives, Arroyo’s Pampanga district stood to get P2.4 billion worth of projects and P1.9 billion went to House Majority Leader Rolando Andaya Jr.’s Camarines Sur district.

The senator said the funds for select districts were inserted after the realignment of the original budget submitted by the Department of Budget and Management.

“I’ll say most of them, or all of (the legislators) got P60 million. But some blessed few got more,” Lacson said.

But Andaya defended the amounts on Friday, saying that 99 representatives got allotments even bigger than the P2.4 billion worth of projects that went to the second district of Pampanga, which Arroyo has been representing since 2010.

Though he admitted last week that Arroyo had directed the allotment of at least P60 million worth of government projects for each House member, Andaya insisted that the allocations were all itemized and not pork barrel funds—lump-sum appropriations which the Supreme Court declared unconstitutional in 2013.

Andaya also claimed that all senators, excluding Lacson, had requested the allocation of funds for certain districts.

On Saturday, the Senate’s fiercest opponent of pork barrel said he would continue to seek the deletion or reduction of pork allocations.

“Even those inserted by my own colleagues, if these cannot be justified [I would delete], as what I did last year for the 2018 budget, [if only] to disprove some congressmen’s insinuations that I am singling out [Arroyo] while excluding my colleagues,” he said.

Lacson earlier also questioned the proposed assistance to local government units (Algu) fund, whose original amount, he said, was more than doubled to P16 billion in the proposed 2019 budget by the House and Senate without consulting the DBM.

“How would that be implemented if there had been consultation with the executive [branch],” said the senator, who considers the Algu allocation lump-sum funds.

The Algu fund, which is monitored and implemented by the Department of the Interior and Local Government, was allocated P7 billion in the national expenditure program that the DBM submitted to the House.

Lacson said his decision to again take up the battle against pork barrel in the budget interpellation had not come easy, but public support had helped boost his spirits.

“Actually, before I took the floor to interpellate, I was debating with my wits if it was still worth doing it, mindful that it might be like ‘pissing in the wind’ again, as in the past several years that I was taking on what I call a very lonely crusade against the pork barrel,” he said.

“Now, with the feedback I’m getting, I can say it’s all worth it,” he added.

Lacson said he was not taking seriously the claim of Andaya that 99 representatives got allotments bigger than Arroyo’s for their respective district.

Andaya’s statement, he said, was made to protect Arroyo and showed the mounting panic in the House over his revelations about the proposed spending bill.

He noted that Andaya’s claim means there would be P247 billion in congressional insertions in the 2019 spending bill, excluding those supposedly added by senators.

“As any sensible Filipino taxpayer, I am not ready to take [Andaya] seriously, even assuming that I am not aware of their initial panic mode reactions to my interpellation on the national budget [last] week,” Lacson said. —With reports from Marlon Ramos and DJ Yap