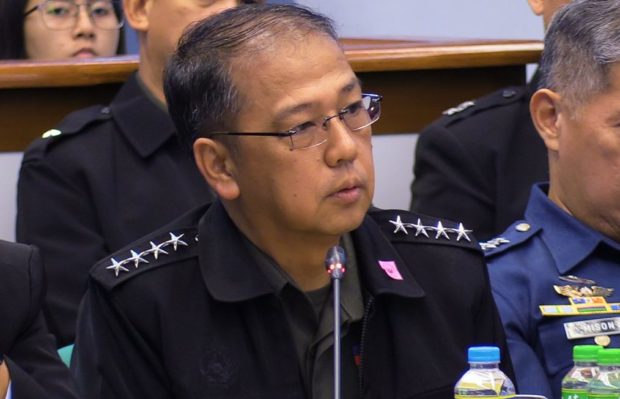 MANILA, Philippines — Outgoing Armed Forces Chief of Staff Gen. Carlito Galvez Jr. is not intimidated with the possible case that would be filed against him for tagging former Bayan Muna Rep. Satur Ocampo and ACT Teachers Rep. France Castro as communists.

“Gen. Galvez cannot be cowed by a case the communists contemplate on filing against him,” AFP spokesperson Brig. Gen. Edgard Arevalo told reporters on Wednesday.

“If there is anything they must be afraid of, it is not their so-called ‘red tagging’ by the AFP. It is the cases legally and validly filed against them and the mounting evidence against their infamous version of ‘rescue’,” he said.

Ocampo and Castro were arrested in Talaingod, Davao del Norte last week, along with 16 others, for allegedly trafficking minors. They claimed they were responding to a “humanitarian crisis” involving lumad or indigenous schools supposedly being targeted by government forces.

The military has repeatedly claimed that Salugpungan and Alcadev indigenous schools are “breeding grounds” of communist rebels.

The group, which included 12 teachers and 29 students of lumad schools, four pastors and administrator of the Salugpungan community learning center, was stopped at a checkpoint while transporting the minors from Sitio Igang in Brgy. Palma Gil to Maco, Compostela Valley.

The group posted bail on Saturday after four days of detention. Both Ocampo and Castro have returned to Manila a few hours after their release.

On Monday, Galvez, who is also likely to be the incoming peace process adviser, said their actions only goes to show they are “active members” of the NPA.

“The [AFP chief] will not succumb to propaganda and lies of the enemies of the state who belong to front organizations of the CPP; he will not cower in fear for this terrorist organization that has exploited and killed lumads and their leaders and even fellow NPAs on mere suspicion of being government assets,” Arevalo said. /kga