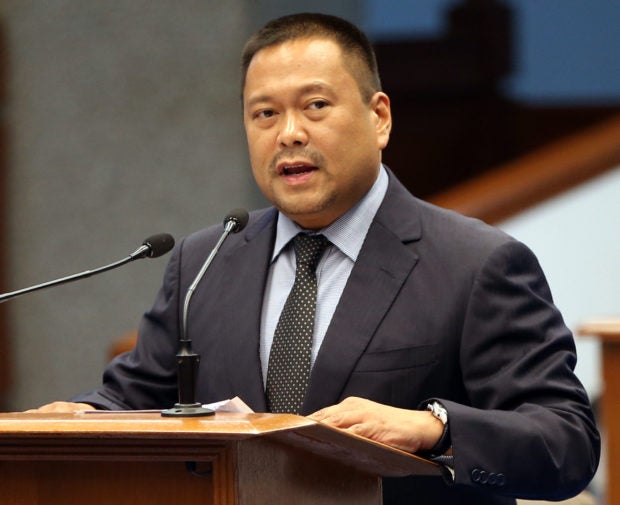 MANILA, Philippines – Senator JV Ejercito on Wednesday appealed for “some sensitivity” from President Rodrigo Duterte’s economic managers after they recommended to the Chief Executive to proceed with the scheduled fuel tax hike next year.

On Tuesday, President Rodrigo Duterte approved the economic managers’ recommendation to impose the second round of tax hike on fuel starting January next year.

This despite the senators’ letter to Duterte asking him to support the suspension of the tax increase because of inflation.

The Philippine Statistics Authority announced on Wednesday, December 5, 2018, that inflation rate for November eased to 6 percent, the lowest in four months.

READ: Inflation eases to 6% in November

“We were so happy that the PRRD (Duterte’s initials) listened,” Ejercito, who is part of the majority bloc in the Senate, said in a statement.

“Hoping for some sensitivity on the part of the economic managers. Hayaan naman nila makahinga-hinga ang taumbayan,” he said.

Ejercito noted that even during the debates on the Tax Reform for Acceleration and Inclusion (Train) Act, they already expressed their apprehension on the impact of higher excise taxes on petroleum

“If France suspended their version of the fuel tax, why can’t we?” the senator asked.

“Still hoping that for some sense of sensitivity in our economic managers. We are the ones that the people get to talk to and we know the pulse,” he added.

Senator Joel Villanueva, meanwhile, saw no problem with the implementation of the second round of increase of increase for as long as it would not impact on inflation.

Villanueva cited his bill which provides for the automatic reversal of the excise tax on fuel as provided for under the Train law.

Under the bill, he said, three requirements have been identified to determine whether or not to suspend the fuel tax or not.

“If we do not suffer significant food inflation, or inflation is within government targets as guaranteed by the govt’s economic managers and or price of oil continues to go down, then I don’t have any problem implementing the 2nd round of fuel excise tax in 2019,” Villanueva said. /cbb