Duterte approves 2nd round of fuel excise tax hike in 2019 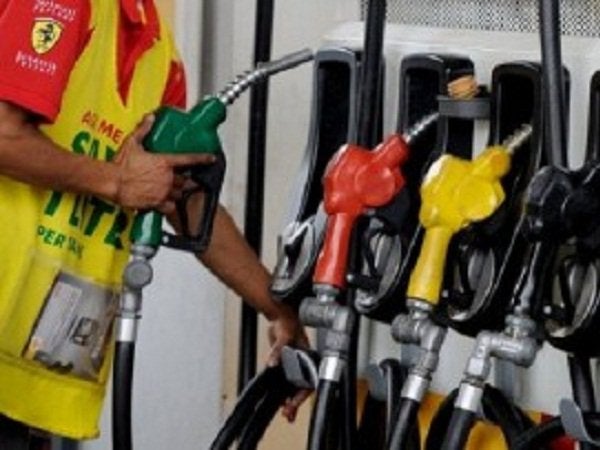 Diokno said Mr. Duterte decided to allow the next tranche of fuel excise tax hike during the Cabinet meeting in Malacañang.

“The President and the Cabinet approved the implementation of the law,” he said in a text message.

Under the Tax Reform for Acceleration and Inclusion (TRAIN) Act, an additional levy of P2.24 per liter should be imposed for diesel and gasoline starting January 1. The additional duty consists of P2 excise tax and 24 centavos value-added tax (VAT).

Diokno explained that “he (Duterte) is simply implementing the TRAIN law. Even with the second tranche, oil product prices will be P10 lower than their peak sometime in October.”

He said the arguments that led to the approval were first, “The sharp turnaround in world crude prices. From a peak of close to $80 (per barrel) to $68pb in November 29, with Dubai Futures prices projecting further decline below $60 per barrel in 2019.”

“For gasoline (95 Octane) it was P60.90 at its peak, it will be P50.82 in Jan ‘19 inclusive of P2 additional excise tax. Second, the condition for suspension does not exist. Third, huge revenue loss estimated at P43.4 billion,” he added.

In a statement, Presidential Spokesperson Salvador Panelo also confirmed Duterte’s approval to push through with the fulfillment of the second round of fuel excise tax increase next year.

“The President has approved the recommendation of the Development Budget Coordination Committee (DBCC) to proceed with the implementation of the second tranche of excise tax on fuel, effective January 2019,” Panelo said.

“Due consideration was given to several factors including, but not limited to: the downward impact on inflation owing to the steep drop in the Dubai crude oil price, the disruption in the BBB infrastructure program, and reduction in budgets including personal services of national government agencies should excise tax on fuel be suspended,” he added.

When to suspend excise taxes

Under the TRAIN law, he said, “suspension of excise taxes is provided for only when the global price of oil averages $80 per barrel or higher for three consecutive months.”

He said “the current oil price has gone down to 53 to 52 dollars per barrel hence the legal requirement for the suspension of excise tax on fuel cannot be met.”

“While the oil excise tax increase is a negligible contributor to inflation, we still commit to provide financial assistance to the 50% poorest households,” he said. /kga