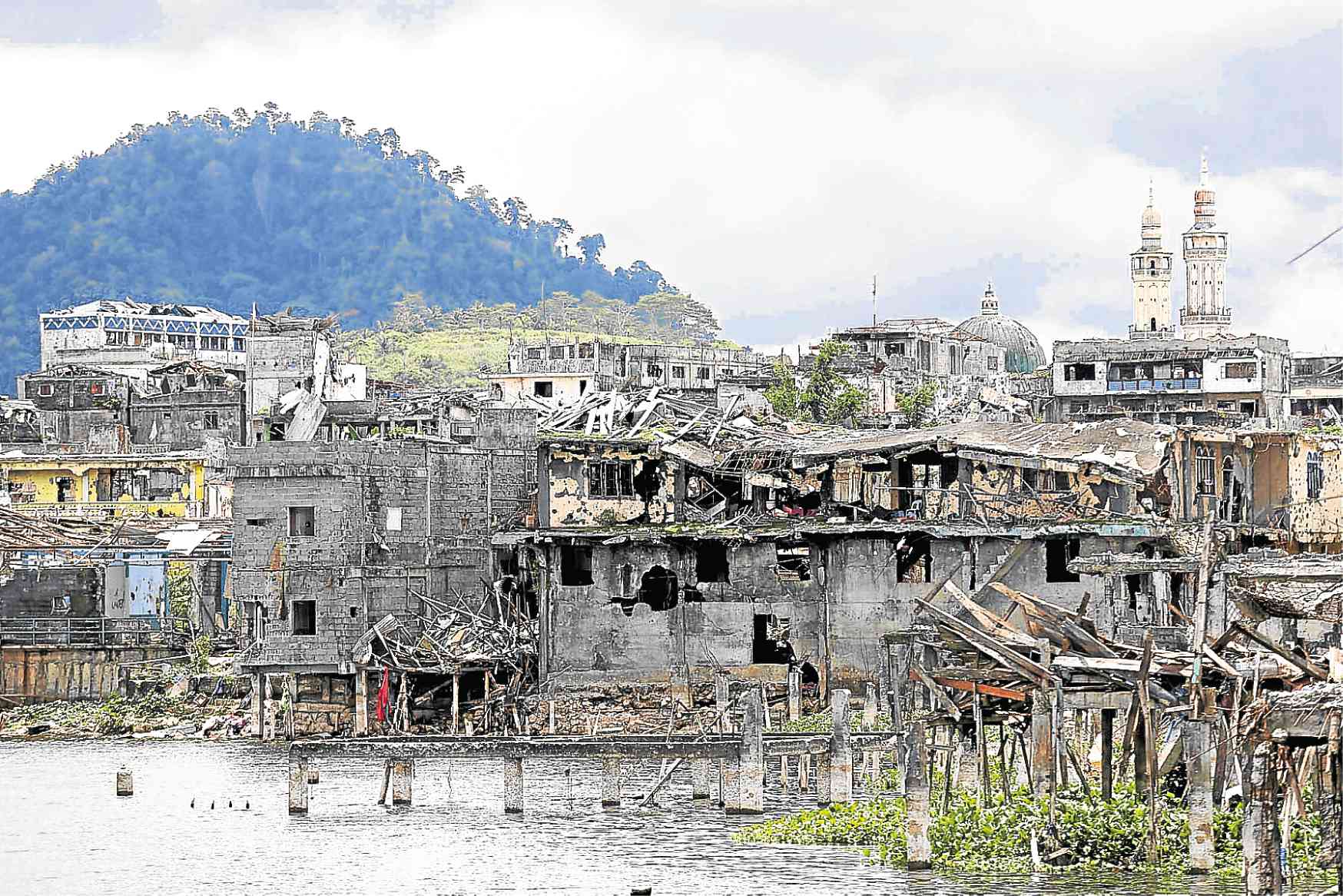 CITY IN RUINS Houses, buildings and mosques in Marawi City are destroyed by the fighting between government troops and members of the Maute group that laid siege to the Lanao del Sur capital. JEOFFREY MAITEM

MANILA, Philippines — The government is verifying fresh reports that foreign fighters have entered Mindanao in efforts to establish a caliphate there.

In an interview with CNN Philippines’ The Source, Defense Secretary Delfin Lorenzana said there are reports of foreign fighters coming in but these are still unconfirmed.

“We have a very porous southern border. The news is that, although we cannot confirm it on the ground, there are incursions from neighboring countries Indonesia and Malaysia. But we are still validating this news,” he said Tuesday.

“The news actually came from abroad. There is an agency in Singapore that monitors the terrorists from Syria, Middle East. It said that some of them are moving to Mindanao. We take it as maybe not really true or a sure thing but we are validating just the same,” he also said.

While he sees it as a cause of concern, the defense chief appeared confident there may be only a few foreign fighters in the country.

“Not that many because we cannot find them. Maybe a handful of them are scattered in Sulu, maybe in Central Mindanao and Basilan,” he said.

“Wala naman tayong nakikitang physical evidence this time so we continue to do that (verifying),” he added.

Last year, foreign fighters were believed to have participated in the five-month bloody Marawi City siege led by ISIS-linked Maute Group. More than 1,000 people were killed in that conflict, as it was deemed the biggest urban war the government had faced in recent years. /kga