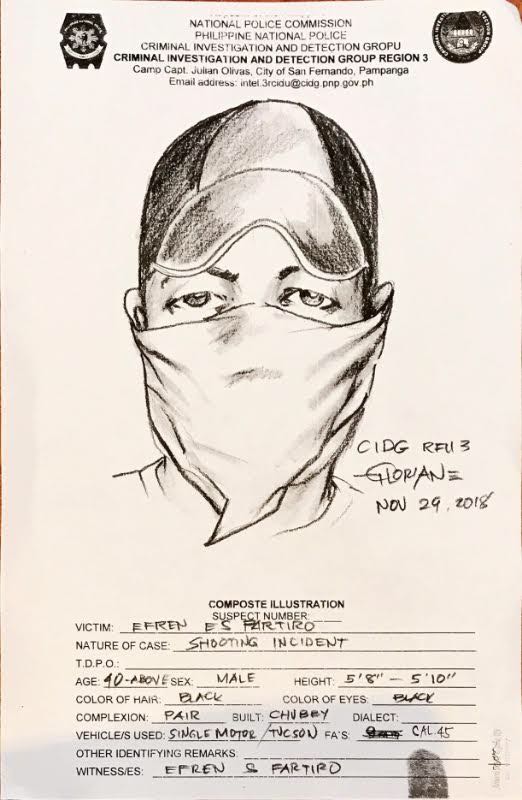 Artist sketch of the gunman in the killing of Dominic Sytin. CENTRAL LUZON POLICE 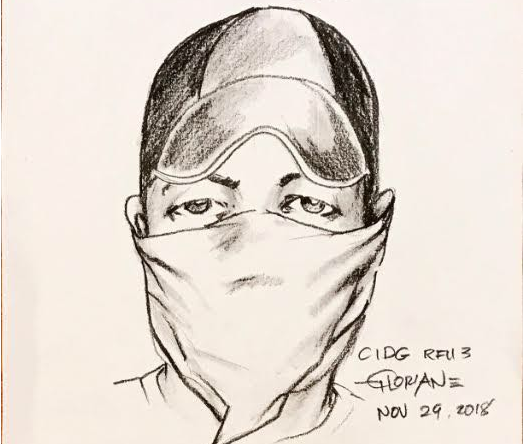 Police released on Friday the artist sketch of the gunman in the killing of Dominic Sytin, a businessman shot dead near a hotel in Subic Bay Freeport.

In the sketch released by the Central Luzon Police, the suspect was described as male, aged 40 years old or above, and between 5’8” to 5’10” in height. It also said the suspect has black hair, black eyes, fair complexion, and has a chubby built.

READ: Cops get description of gunman in slay of Subic businessman

Chief Supt. Joel Coronel, director of the Central Luzon Police, earlier said witnesses and CCTV footage of the shooting incident helped investigators get a description of the suspect.

Sytin was shot dead by his assailant Wednesday night near the Lighthouse Hotel. The suspect managed to flee the crime scene after also firing at the victim’s bodyguard.

Sytin was the founder and chief executive officer of industrial auction company United Auctioneers Inc. He was also a part owner of the Acea Subic Bay resort.

Police said they are looking at business, labor issues, and marital problem as angles behind the killing.

“We assure the public, as well as the victim’s family, of our total commitment to ensuring [the] immediate resolution of the case through proper investigation,” he said in a statement. /ee