Can basketball save the world? New NYU course says yes 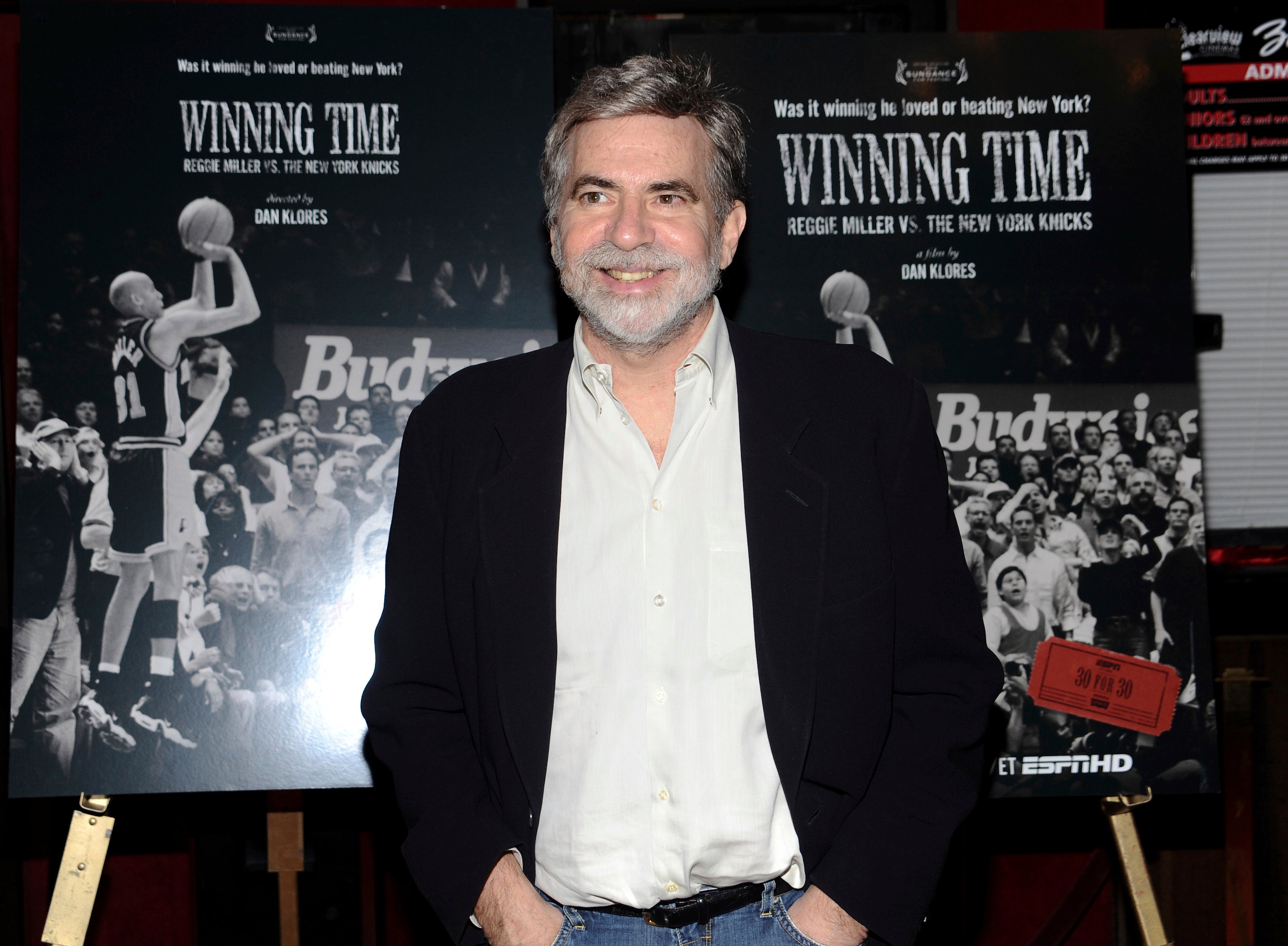 FILE – In this March 2, 2010, file photo, director Dan Klores attends the premiere of “Winning Time: Reggie Miller vs. The New York Knicks” at the Ziegfeld Theatre in New York. Klores thinks basketball, invented in the U.S. by a Canadian and now being played by more than 300 million people in China, can have an even more powerful reach than soccer, the world’s most popular sport. NYU professor David Hollander developed “How Basketball Can Save The World: An Exploration of Society, Politics, Culture and Commerce Through the Game,” a four-credit course that will debut for the summer 2019 session. (AP Photo/Evan Agostini, File)

NEW YORK — Basketball is moving from the court to the classroom at NYU, though students won’t be tested on dribbling or shooting.

Nor will they spend much time on the game’s role as exercise or entertainment.

The theme is how it can save the world.

That’s the ambitious belief of professor David Hollander, who has seen the game grab people from his hometown gymnasium in New Jersey all the way to pickup courts in China, and in so many other places in between.

“Basketball seems like one of the few things that everybody in the world is OK with,” Hollander said. “Even the most closed societies, like North Korea, who wouldn’t allow anybody in, was OK with allowing a group of basketball players and Dennis Rodman.”

Hollander, in his 11th year teaching in NYU’s sports business program, had been developing ideas for a basketball-themed course for years, but it wasn’t until seeing the way his passion was articulated in the recent “Basketball: A Love Story” documentary that aired on ESPN that the plans really kicked into high gear.

One of the producers working with Dan Klores, the filmmaker behind the project, was taking classes at NYU and told him of Hollander’s interest. Hollander came to an early screening of the 10-part series and outlined for Klores how he was going to combine his ideas with aspects of the film to highlight the importance of the game to politics, culture, the arts and more.

That led to “How Basketball Can Save The World: An Exploration of Society, Politics, Culture and Commerce Through the Game,” a four-credit course that will debut for the summer 2019 session — right as the NBA postseason heats up — with plans to be available as an elective to undergraduate and graduate students in the traditional fall or spring semesters.

Hollander’s selection for the title was borrowed in part from Franklin Foer’s book “How Soccer Explains the World: An Unlikely Theory of Globalization.”

Klores thinks save might be too big of a word — “help is a safer word,” he said — but he otherwise agrees with Hollander about what the game can accomplish.

Soccer remains the world’s most popular sport, and FIFA President Gianni Infantino thinks it can bring peace to the Middle East, a central theme of his pitch for an expanded 2022 World Cup in Qatar. But Klores thinks basketball, invented in the U.S. by a Canadian and now being played by more than 300 million people in China, has a more extensive reach.

“As popular as soccer is, you can’t do that in the United States yet — a big part of the world. But you can go anywhere in the world now and the ball, particularly the basketball, has historically opened doors and opportunities and cultures to one another.”

The NBA has offered its support, perhaps in the form of providing speakers or access to its events and facilities. The sport might not be able to rescue the world, but a league filled with international players knows it can have an impact.

“It’s not a question of saving the world, but we have certainly seen firsthand the impact and the difference the game of basketball and the outreach work done by current and former NBA and WNBA players and coaches has on communities and people all over the world,” NBA president of social responsibility and player programs Kathy Behrens said, “from teaching how values of the game like respect and teamwork build bridges in communities (off the court) to promoting physical fitness and positive mental health, particularly among young people.”

The course plans to chart basketball’s growth in popularity, from its appeal to Irish and Jewish immigrants in urban U.S. areas to the way success in the sport has provided a national pride for countries in the former Soviet Union or Yugoslavia, such as Lithuania and Serbia. It also examines the game’s role in politics, from U.S. relations with basketball-crazed China to Rodman’s friendship with Kim Jong Un and visits to North Korea.

“There’s something about basketball that seems to reflect what society is going through and that certainly was true of society’s struggles with race in the ’60s and even until now,”

Hollander said. “It was certainly true of society’s engagement of culture — hip-hop, fashion, the sneaker business — and it continues to be true in terms of society’s open question faced today: How global do we want to be?”

Klores and his team conducted more than 500 hours of interviews with people connected to basketball for his documentary, and he’s eager to see the sport’s history taught to young people. He and Hollander say there are plans to develop a textbook so the course could be taught at other colleges, or even adapted to the high school level.

Perhaps some who take it will go on to find ways to use basketball to make a difference.

“I met so many people in this film that there’s no question in the world they are better leaders and I’d vote for president of the United States way before I’d vote for a bunch of these characters,” Klores said.

“You ask me, I’d pull the lever for Mike Krzyzewski, for Pat Riley, for John Thompson. I’d vote for them. That’s who I’d want to follow. I don’t think it’s an accident that they come from basketball.”  /muf