The appointment of Associate Justice Lucas Bersamin as the new Chief Justice of the Supreme Court (SC) drew mixed reactions from netizens.

Some netizens pointed out whether the seniority rule was followed in choosing Bersamin as Chief Justice.

Even former SC spokesperson, Theodore Te, made a hint on the appointment of Bersamin. 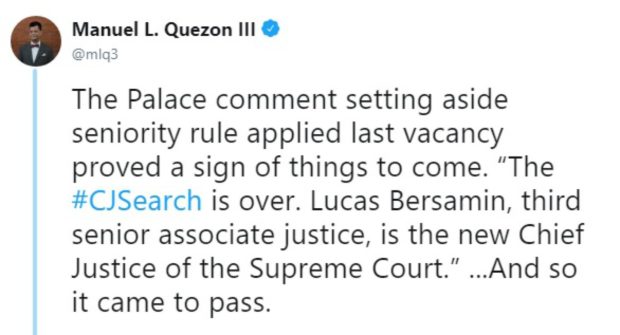 Some netizens noted how Bersamin decided on controversial issues such as the ouster of former Chief Justice Maria Lourdes Sereno, the martial law in Mindanao and the Marcos burial among others.

Justice Lucas Bersamin voted in favor of the following: 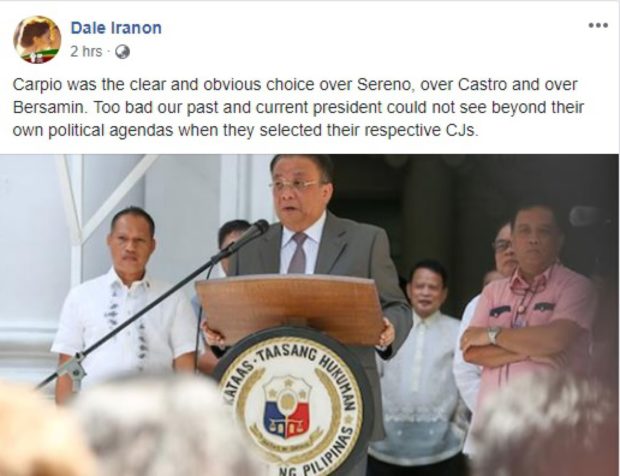 As associate justice, Bersamin voted in favor of Sereno's ouster, the late dictator Ferdinand Marcos' burial at the Heroes' Cemetery, and the Mindanao martial law declaration and extension, among others. ☕️ 💦 pic.twitter.com/mpFn3hmmCo

Meanwhile, some surmised on how Bersamin would decide on the graft cases of former First Lady Imelda Marcos if it reaches the SC.

Lucas Bersamin is the new CJ and Imelda Marcos will go straight to the Supreme Court for her case. Well well pic.twitter.com/nD1fA9A0sw

Then there were netizens who welcomed Bersamin’s appointment. 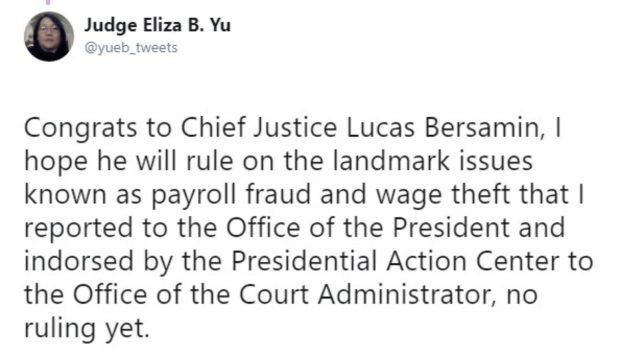 I don’t get where all the hate is coming from. Congratulations, Chief Justice Lucas Bersamin. May you lead and serve the Court faithfully.