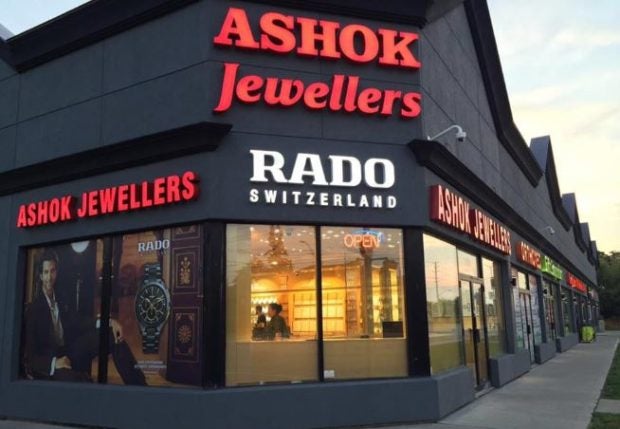 Three employees of a jewelry store in Ontario, Canada successfully fended off two intruders who attempted to rob the establishment in broad daylight — but they put up their fight with surprising weapons.

The incident, which took place in Ashok Jewellers, occurred in the afternoon of Nov. 21 and saw four robbers smashing the window of the jewelry store with what seems to be a hammer. According to CBC on Nov. 22, one of the robbers climbed through the shattered window and was about to smash the nearest glass display when three employees rushed towards them with swords raised high in the air.

One robber fell back from the window and attempted to climb through a second time, only to be confronted by the sword-wielding employees once again.

The son of the store’s owner said in the report that they took action and assailed the robbers when they saw them coming in.

“They had a gun but my main concern was, I wanted them to get not into my store,” he was quoted as saying. “I was willing to do anything to keep them out. Even if it meant me getting shot, not a problem.”

One of the robbers possessed a handgun and attempted to fire at the employees, but the weapon jammed. As per Peel police Const. Danny Marttini, the four robbers left the scene in a dark-colored SUV. Authorities have yet to identify them and have turned to the public for help.

Meanwhile, Marttini stressed that store owners and employees must consider their safety before fighting off perpetrators. Safety, after all, should always come first.

“I think a lot of people want to naturally defend what’s theirs. At the same time, we don’t want people doing things that would cause any harm to themselves,” Marttini said in the report. “Safety is first and foremost. At the end of the day, property is property.”

For the employees of Ashok Jewellers, however, the swords — which were given by a family friend — were considered good luck. It was back in July when a neighboring jewelry store, just 100 meters away from theirs, also became victim to an attempted robbery. The owner, in the same fashion, fended off the robbers using a sword. Cody Cepeda/JB