Poe: Can we trust China Telecom? 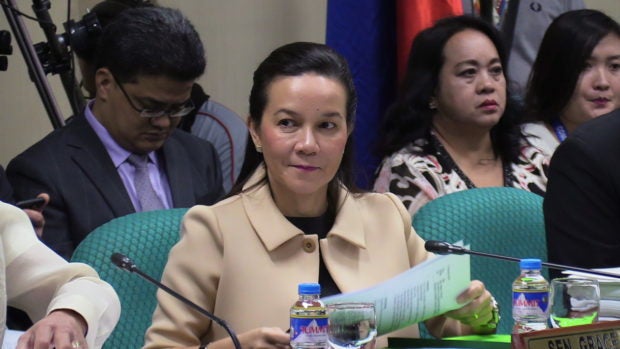 This was among the many questions raised by Senator Grace Poe when she resumed on Tuesday, as chair of the Senate committee on public services, the inquiry on government’s choice of the new major telco player in the country.

Poe centered on the background and record of the winning bidder, Mislatel, the consortium of businessman Dennis A. Uy’s Udenna Corp. and state-run China Telecom.

The senator noted that China Telecom is a government corporation of China, one of the claimants in the contested West Philippine Sea.

“In the past and these words had been reported, the company has been proven to have hijacked internet traffic,” she said in her opening statement.

“Are we allowing a substantial control of a portion of our internet traffic for the purpose of furthering their interests? In fact, do they even have the capability to reduce, control or mitigate these risks?” she asked.

“Can we trust them to accord the same respect for the privacy of information and correspondence? Do we believe that they will not obtain valuable information to stir up insurrection or to prejudice the Filipino consumers,” she further asked.

The senator also wanted to know if there are people who backed government’s choice of Mislatel.

“We’re not making accusations. We just want to know the truth,” the senator said.

But Department of Information and Communications Technology (DICT) Secretary Eliseo Rio, Jr. already denied claims that the consortium of Uy and China Telecom was given favor by the government.

Rio asserted that Mislatel consortium won because it was the only party that met the strict bidding requirements. The other bidders, Philippine Telegraph and Telephone Corp. (PT&T) and Sear, which included former Ilocos Sur Gov. Luis “Chavit” Singson, failed to follow the rules.

READ: No favors given to Dennis Uy in selection of third telco – DICT exec

READ: Solons told not to worry about China

Poe said the committee will not hesitate “to use the full extent of its oversight powers in pursuit of the truth.” /cbb