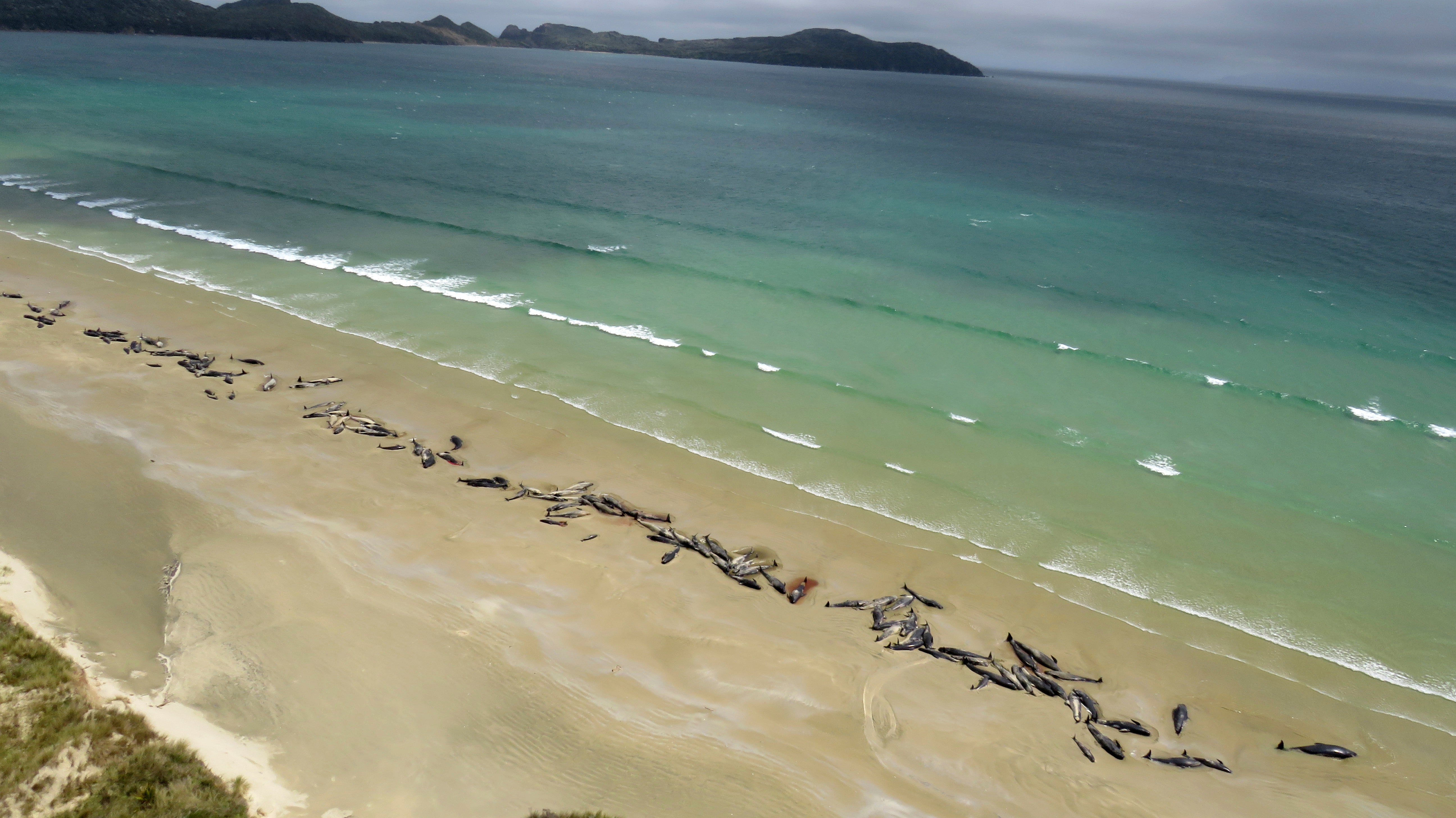 Pilot whales lie beached at Mason Bay, Rakiura on Stewart Island, New Zealand in this  Nov. 25, 2018 photo. As many as 145 pilot whales have died after the mass stranding which was discovered by a hiker on Nov. 24, 2018. (Department of Conservation via AP)

WELLINGTON, New Zealand  — All of the 145 pilot whales that stranded themselves on a remote New Zealand beach have died.

However, conservation workers are hoping to save some of the eight pygmy killer whales that remained stranded Monday at the other end of the country in an unrelated event.

A hiker discovered the pilot whales in two pods about 2 kilometers (1.2 miles) apart late Saturday on Stewart Island. About 75 were already dead and conservation workers decided to euthanize the others due to their poor condition and remote location.

Only about 375 people live on Stewart Island, which is also called Rakiura. The whales were found at Mason’s Bay about 35 kilometers (22 miles) from the main township of Oban.

“You feel for the animals, it’s just a really sad event,” said Ren Leppens, the Rakiura operations manager for the Department of Conservation. “It’s the kind of thing you don’t want to see. You wish you could understand the reasoning why the whales strand better, so you could intervene.”

Leppens said the whales were half buried in sand and not in good health, indicating they had been there for perhaps a day before they were found. He said staff shot the whales and the carcasses would be left where they were for nature to take its course.

Meanwhile, on Sunday, 10 pygmy killer whales were found stranded at Ninety Mile Beach on the North Island. Two have since died, and staff plan to try and refloat the remaining eight.

Whale strandings are relatively common in New Zealand during the Southern Hemisphere spring and summer. It’s believed strandings can be caused by a number of factors, such as the whales trying to escape predators, falling ill, or navigating incorrectly.