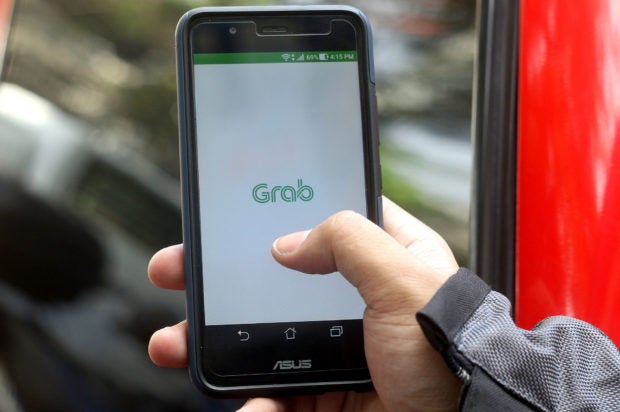 Grab Philippines found itself embroiled in many controversies this year, ranging from legal issues to technical glitches.

Here’s a list of the ridesharing company’s controversial issues:

De Guzman is in critical condition after an accident in a Grab ride, causing him to sustain “severe traumatic brain injury.”

A viral Facebook post from Marko’s cousin, Steffi de Guzman, said Marko and his friend, Alia booked a Grab car last Oct. 26 along Taft Avenue, Manila. She said the Grab ride was allegedly running too fast and was driven by a sleepy Grab driver.

She then said the Grab car collided into another car before crashing into a Light Rail Transit (LRT) post. Marko, then sustained a fractured skull after the incident.

With the incident, Grab said they are constantly communicating and offering financial assistance to Marko’s family. An investigation was also launched as both drivers affected were facing “court arraignment.”

READ: Grab says it is ‘continuously reaching out’ to support critically hurt rider

The ride-hailing company also faced technical issues such as the recent glitch on its computation of fares.

Last Oct. 25, its application experienced a glitch, making the fares decrease to a minimum on all services regardless of the overall distance of the trip.

GrabCar and GrabShare fares were at P80 pesos while its six-seater services were at P120.

Grab’s system has resumed its normal operations but the company said it will continue to investigate on the cause of the glitch.

This year, the company also received a P10-million penalty as imposed by the Land Transportation Franchising and Regulatory Board (LTFRB) for overcharging its customers.

The LTFRB revealed in a document that Grab must reimburse its passengers for the P2-per-minute travel charge through rebates.

Grab then, filed a motion for reconsideration to reverse the LTFRB decision, claiming the decision was “contrary to law” as Grab followed the Department of Transportation Order (DO) 2015, which allows ride-hailing firms to set their own fares.

However, after Grab changed their fare structure, a DO was released, DO 17, which states that transport network companies should have “pre-arranged fare as per the LTFRB.”

Grab explained that the LTFRB failed to establish that DO 2015 “has been impliedly repealed by any subsequent issuances of DOTr.”

Aside from the LTFRB, the country’s anti-trust body, Philippine Competition Commission (PCC), also fined Grab in its merger with Uber for causing “undue difficulties” that prejudiced the review process of their controversial takeover deal.

Grab then, argued that they complied with the conditions, saying it will file an appeal before the PCC to reconsider the decision.

Another controversy hounding the company was a message from a Grab partner-driver that asked a passenger double his fare.

Automative journalist James Deakin shared on Facebook that he received a message from Grab, saying they authorized a “x2 fare” for rides reaching outside of Metro Manila.

Grab denied the allegation, saying the message was not endorsed by its company.

Grab Country Head Brian Cu said: “No that’s false. The message is not endorsed by Grab, it was probably crafted by a partner driver and shared among other drivers.”