The Land Transportation Franchising and Regulatory Board (LTFRB) has ordered Grab Philippines to pay a penalty of P10 million for overcharging its customers.

According to the document from the LTFRB which was released on Tuesday, Grab should also reimburse its passengers for the P2-per-minute travel charge through rebates.

Leo Gonzales, head of Grab Philippines’ Public Affairs section, said in a statement that the company will study LTFRB’s nine-page order before responding to the issue.

“Grab will reserve comment for now until we have fully studied and analyzed the matter with our legal team. We will reach out in due time,” Gonzales said after the LTFRB made the document public.

Grab, however, has refuted allegations of overcharging even in past statements. Last April, Grab has suspended collecting the P2-per-minute charge. It maintained, however, that this would “cause grave or irreparable damage” to drivers and operators in its platform.

But in May, the ride-hailing service asked the LTFRB to allow it to collect the P2 travel charge again, saying that its suspension has adversely affected its partners.

In a separate statement, Grab blamed Rep. Jericho Nograles on why the LTFRB decided to suspend, and eventually, penalize them for the P2-per-minute charge.

“He has only succeeded in reducing the income of drivers when he got the LTFRB to suspend the P2/minute fare component for drivers. This has resulted in fewer drivers going out; and therefore, fewer vehicles to serve the riding public,” Gonzales explained.

Grab has also denied claims made by Nograles that the transport network company has been charging P100 for booking fees.

“The allegation of Cong. Jericho Nograles that we charge P100 as booking fee is completely baseless. This new hit against Grab is part of his long list of unfounded allegations,” Gonzales said.

In a report on Radyo Inquirer, Nograles said on Monday that Grab’s additional charges abuse its costumers.

He also said that Grab hid the P100 charge in the guise of promos, which passengers can only avail if they use the app frequently. /ee 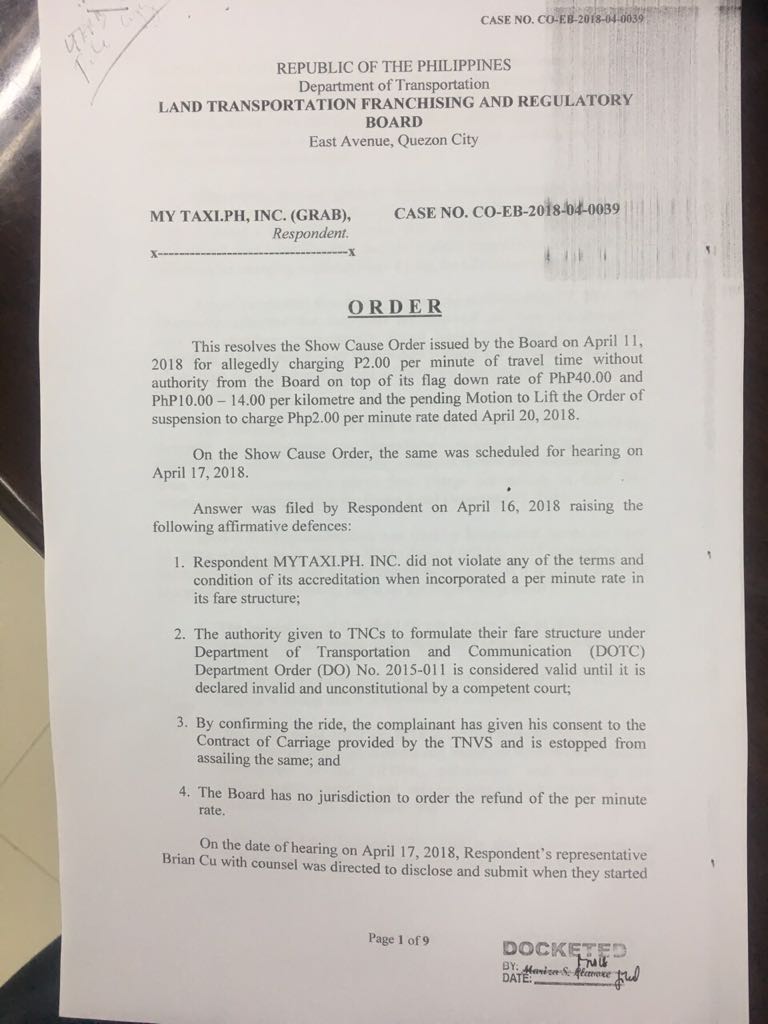 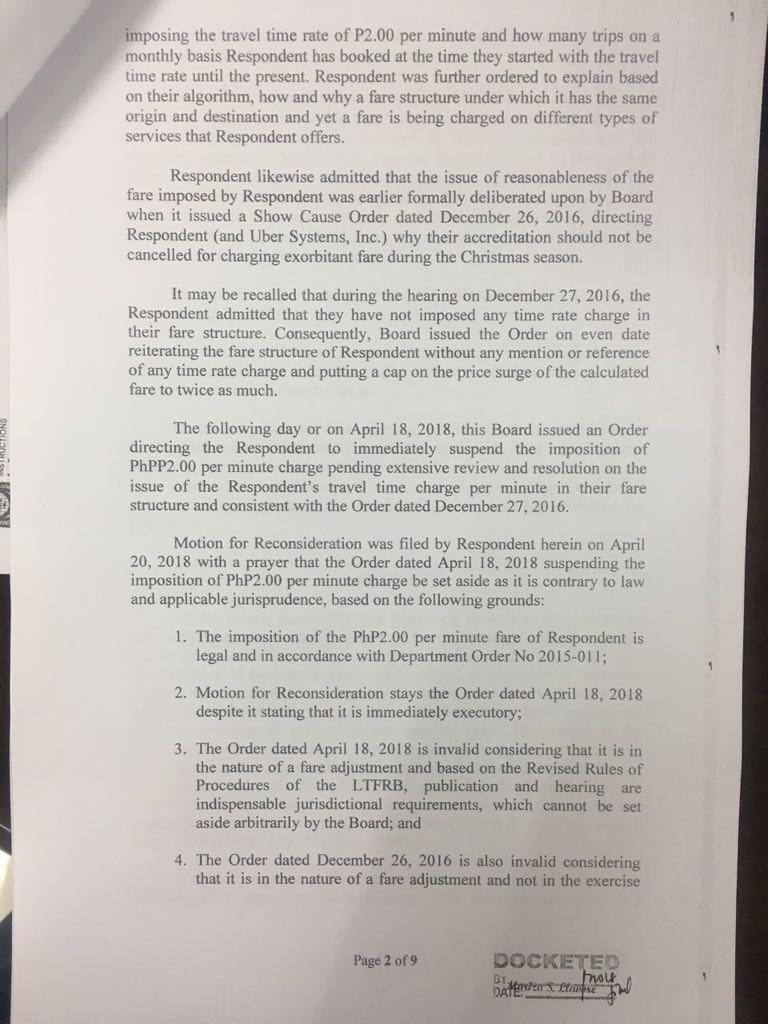 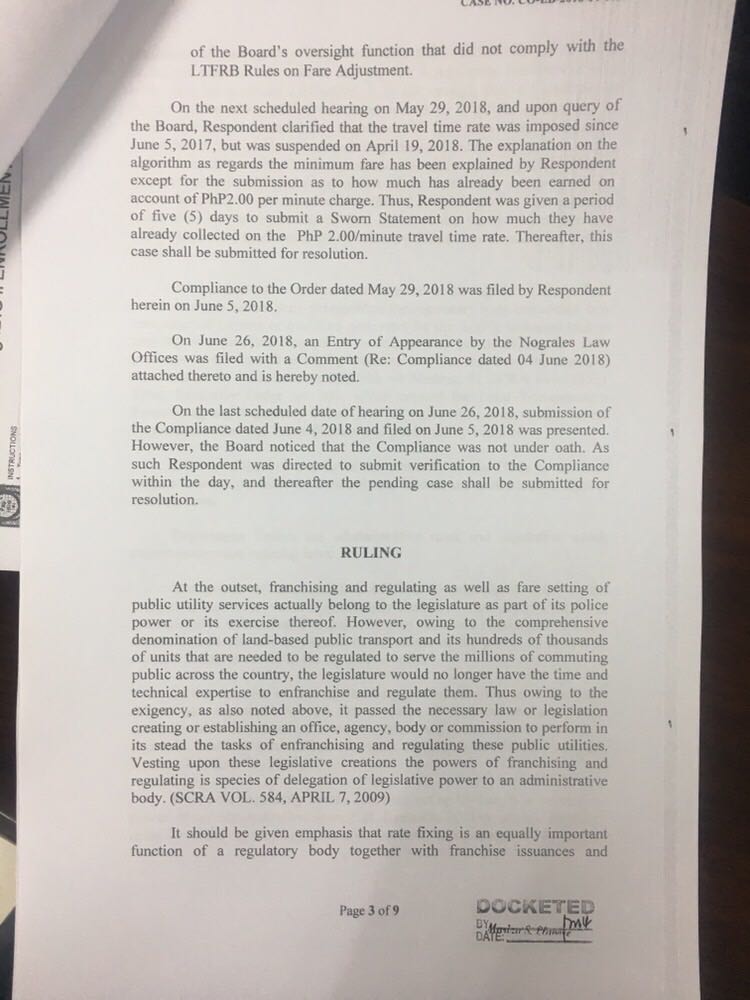 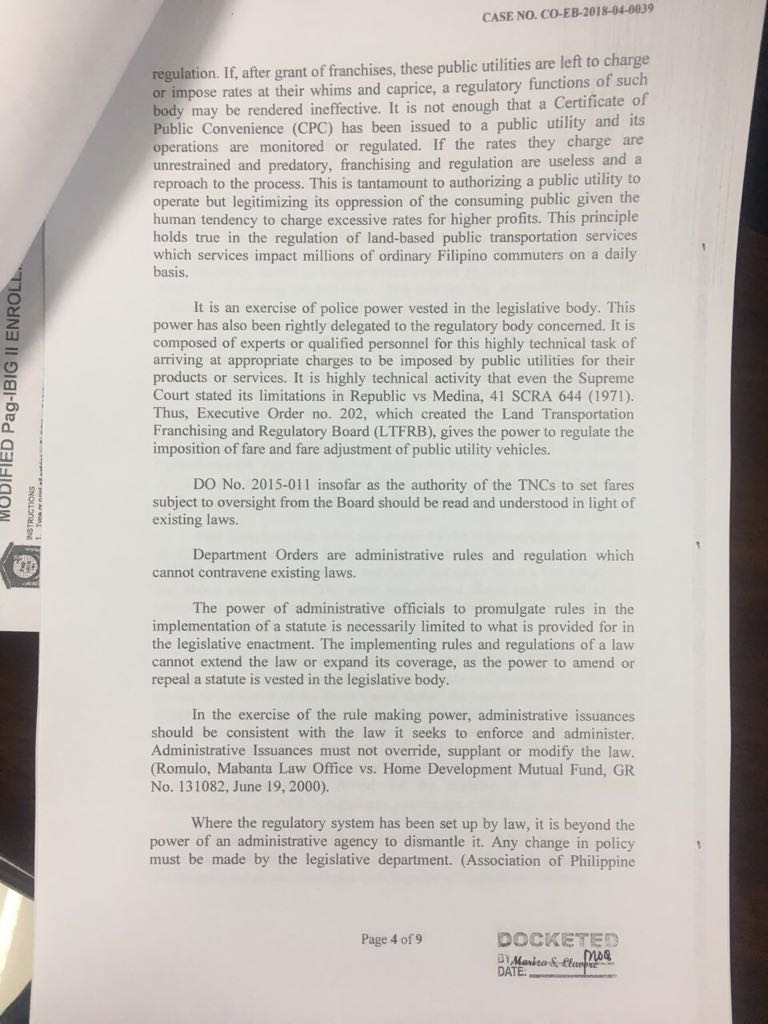 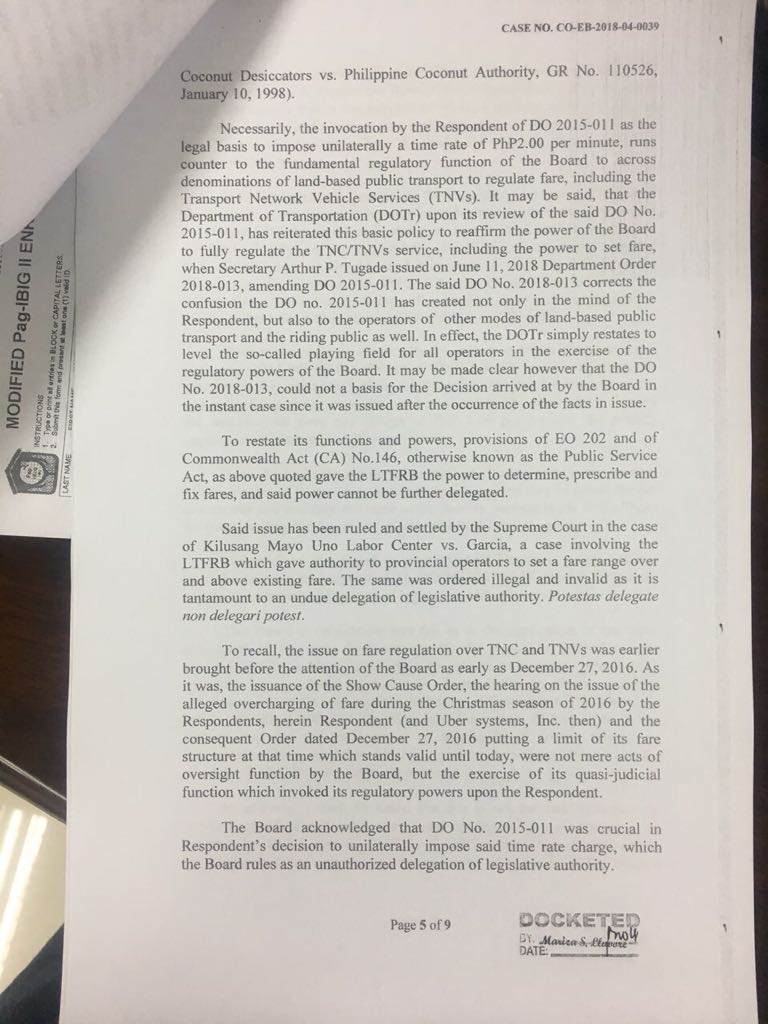 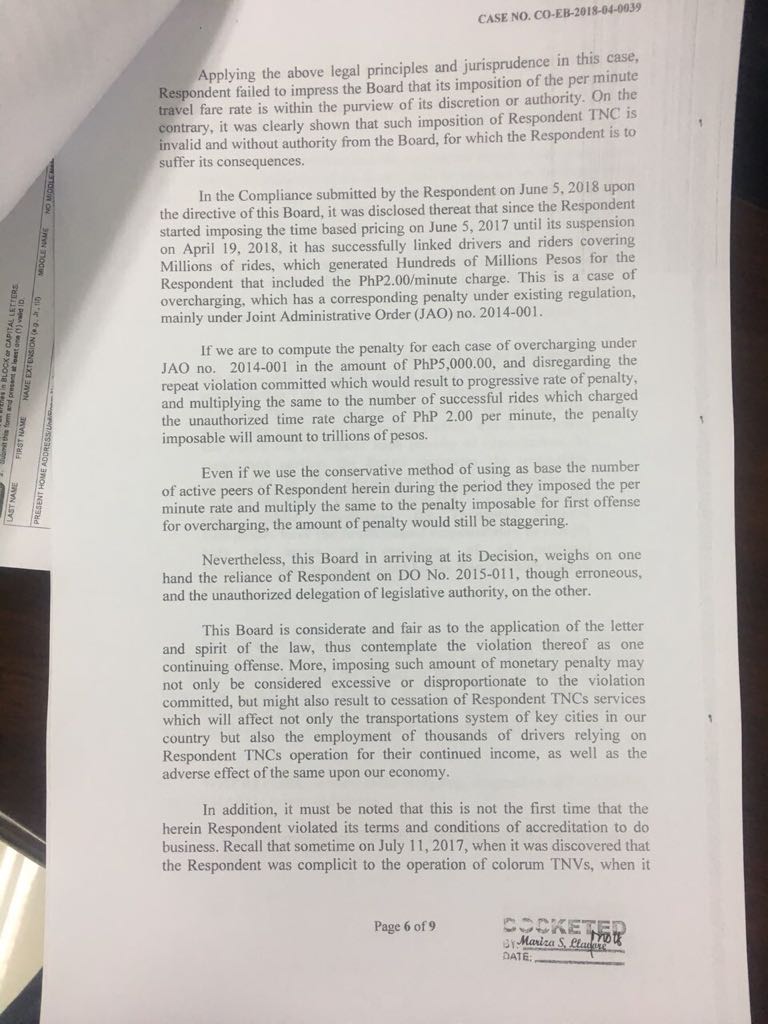 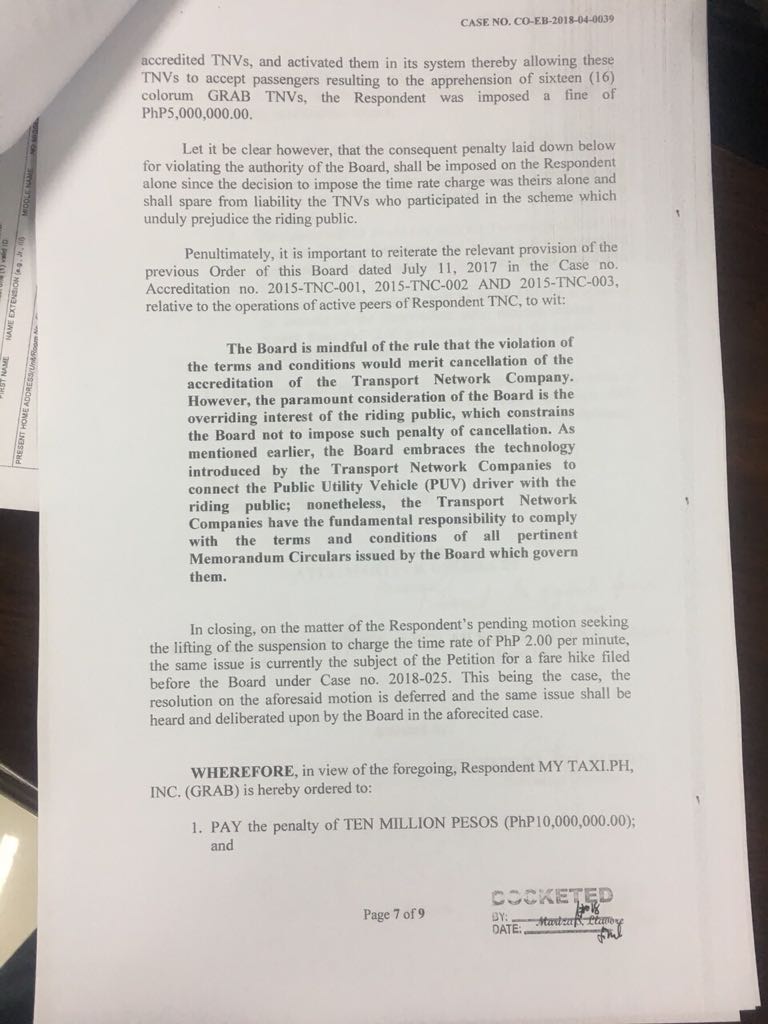 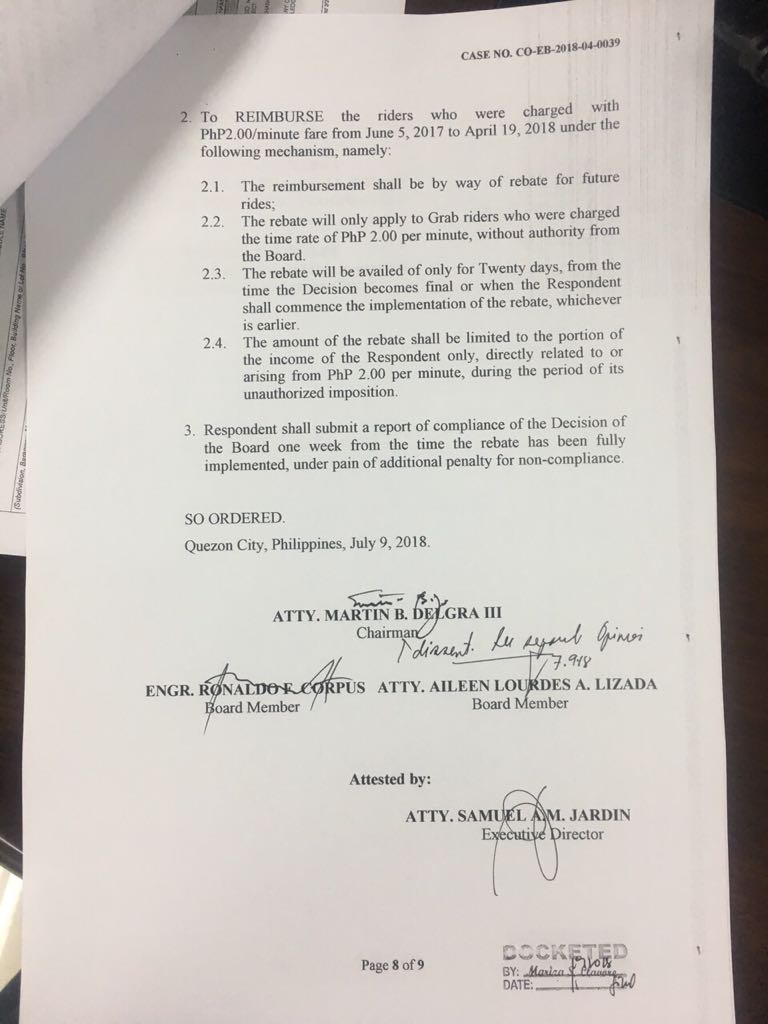 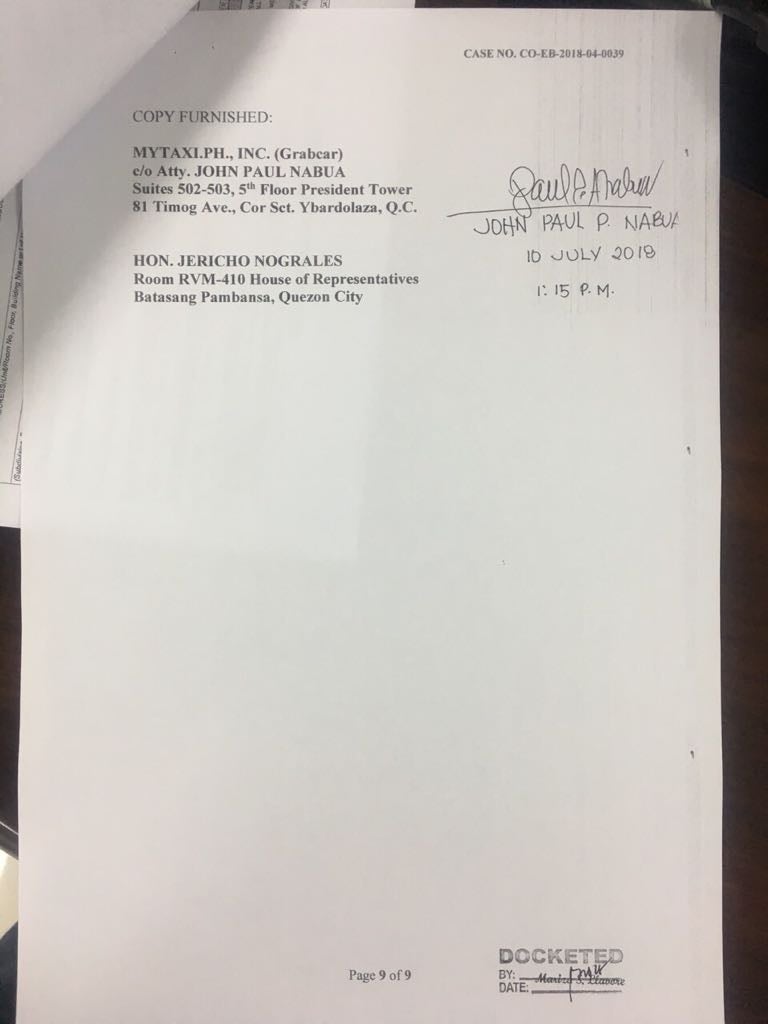