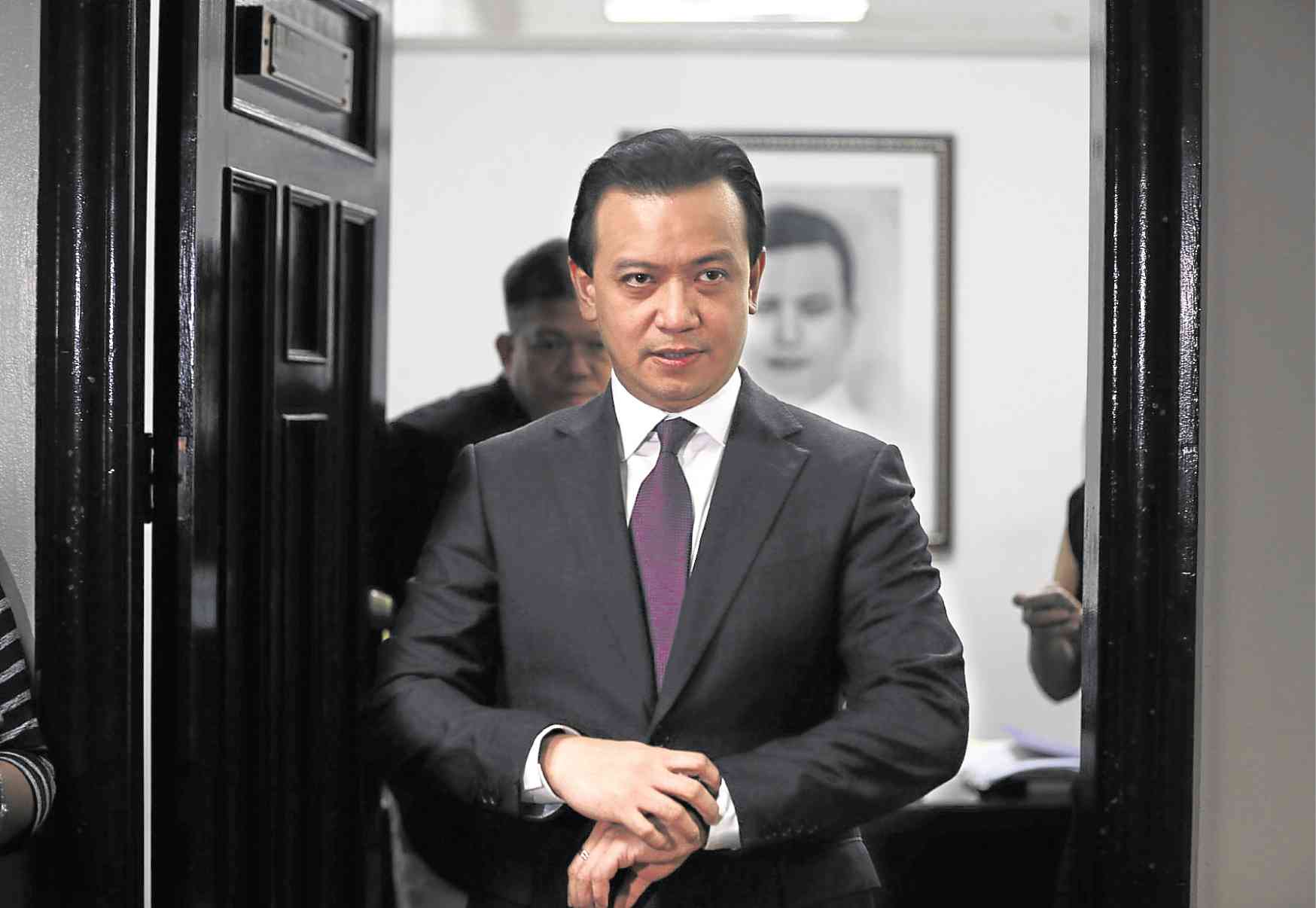 Lawyers of Senator Antonio Trillanes IV have accused President Rodrigo Duterte and Solicitor General Jose Calida of conspiring against him to do “another Sereno.”

Former Chief Justice Maria Lourdes Sereno was ousted via quo warranto proceeding initiated by Calida. Sereno has been at odds with the President for voicing her opinion against the government’s war on drugs.

“Simply put, SolGen Calida and Pres. Duterte, in their collective and conspiratorial desire to silence herein petitioner [Trillanes], wanted to replicate what they successfully did in the case against former CJ Sereno, that is, to look for and cite as basis for their action, the missing statement of assets, liabilities and networth (SALN), in the case of Sereno and the missing amnesty application in the case of Trillanes,” the Senator’s lawyer Atty. Reynaldo Robles said in a reply submitted to the Supreme Court.

Trillanes is a vocal critic of the President. He also initiated a Senate inquiry on Calida’s security agency that purportedly bagged millions of government contracts.

“Petitioner [Trillanes] is being particularly and specifically targeted not only because he is a vocal critic of the administration but because he dared to expose and investigate acts of corruption of high officials of the Administration,” read the reply.

Trillanes went to the Supreme Court to seek the nullification of Proclamation 572 that invalidated the amnesty granted to him by then President Benigno Aquino III.

In September, the Office of the Solicitor General (OSG) urged the High Court to make permanent its denial of Trillanes’ plea to halt the nullification of his amnesty.

In filing its 200-page comment on the case, the OSG maintained that Duterte’s proclamation voiding Trillanes’ amnesty has sufficient basis.

The OSG also questioned Trillanes’ signature on his petition after it found out that the notary public, who supposedly administered the oath, had no records of entering the Senate on the indicated date.

Trillanes, in his reply, said the government disregarded the Constitution in issuing the proclamation.

They said, there is nothing in any law, including the Constitution allowing the President of the Philippines alone to revoke an amnesty proclamation that was even concurred in by Congress.

On the other hand, both the President and Calida denied targeting Trillanes because he is a government critic. Calida earlier said the government must correct what is wrong or done in violation of the law.

The government, through the Proclamation, alleged that Trillanes was granted amnesty despite his failure to submit an application and admit his guilt for the 2003 Oakwood mutiny and the 2007 Manila Peninsula siege./ac